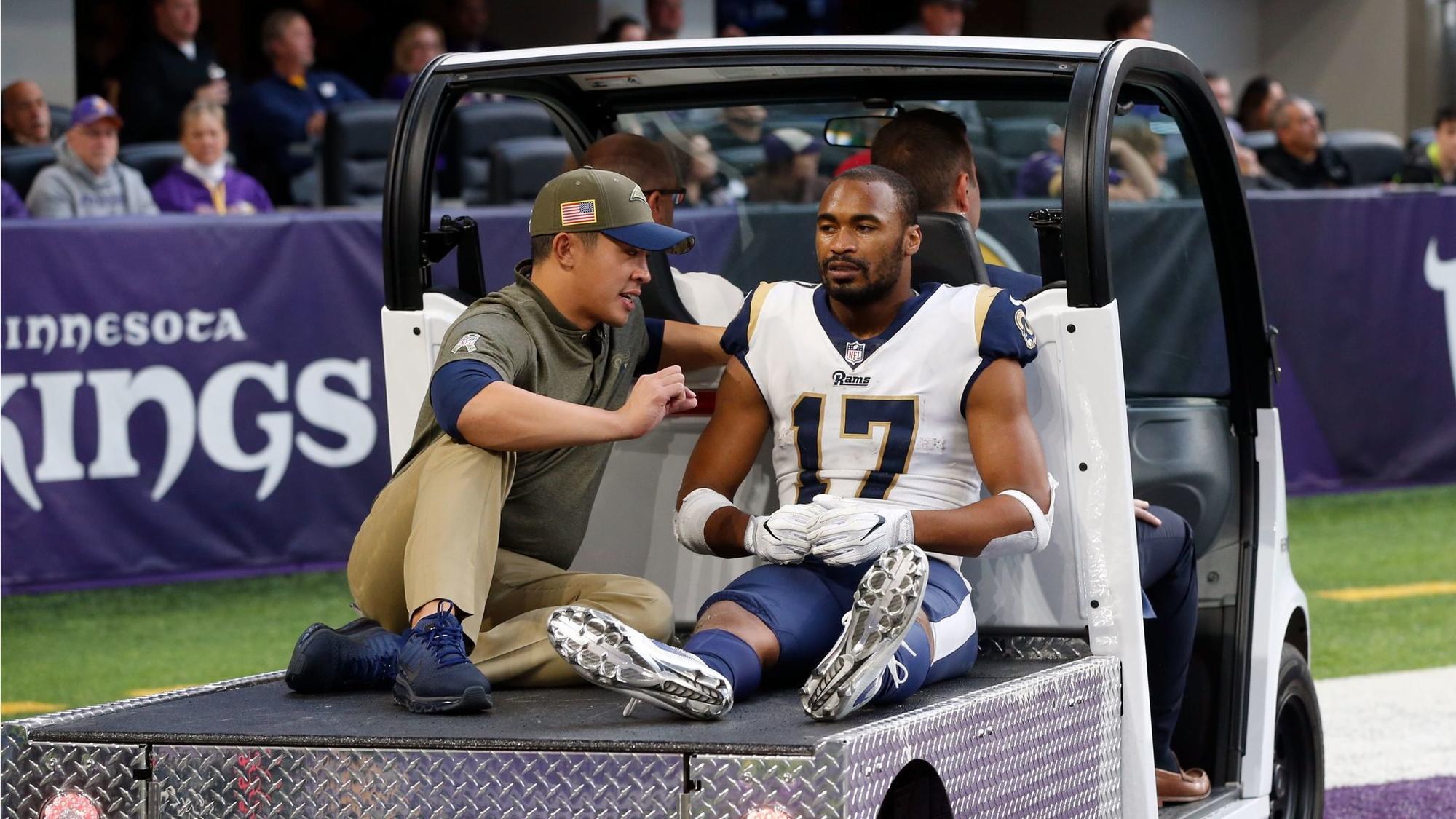 Rams rising star receiver Robert Woods suffered a shoulder injury at the end of the Rams 24-7 loss to the Minnesota Vikings. Woods apparently dodged a major injury in the process.

The Rams will unfortunately be without Woods for the next “couple of weeks” according to Head Coach Sean McVay but that is a deal that the Rams will take all day over what could have been. Woods was seen on a cart leaving fans and media members to worry about what could happen to the Rams. Losing Woods is huge and at the end of the game with the score looking like that of a blowout, the Rams losing their first road game and already losing two of their three top cornerbacks it looked like the world was crumbling down a bit for the Rams. There is good news in this story realizing that Woods will return this season and the fact that NFL Network’s Ian Rapoport confirmed that there is little to no damage of his shoulder.

The Rams are familiar with their receiver going down with a shoulder injury. We saw the Rams former second-round pick Brian Quick finally emerge early in the 2014 season only to separate his shoulder and likely never return to form. It was an injury that had Quick thinking about never playing again. With Woods this is the best case scenario for the Rams. Sure, they would love to have their leading receiver but that’s not going to happen until likely the Philadelphia Eagles matchup in a couple of weeks. What this does allow is for the possibility for the Rams to see what they have in fourth-round rookie draft pick Josh Reynolds who many have been clamoring to see in action this season. It would be nice to see Reynolds but make no mistake even if Reynolds plays well, no one on that roster can do everything Woods does as efficiently and consistently as he does it.

Unfortunately, the loss of Woods not only hurts the passing game but it hurts Todd Gurley and the running game as Woods is one of the best blocking receivers in the game and one of the sole reasons McVay wanted to add him to this roster. That means with Woods out we are going to learn a lot about how this receiver group can respond. There hasn’t been a ton out of Sammy Watkins so perhaps he is able to step up and fill the void. He may not have a choice at this point going against a tough Saints team that will likely be able to match the Rams in points with their scary offense orchestrated by Drew Brees and of course the X-factor Alvin Kamara.