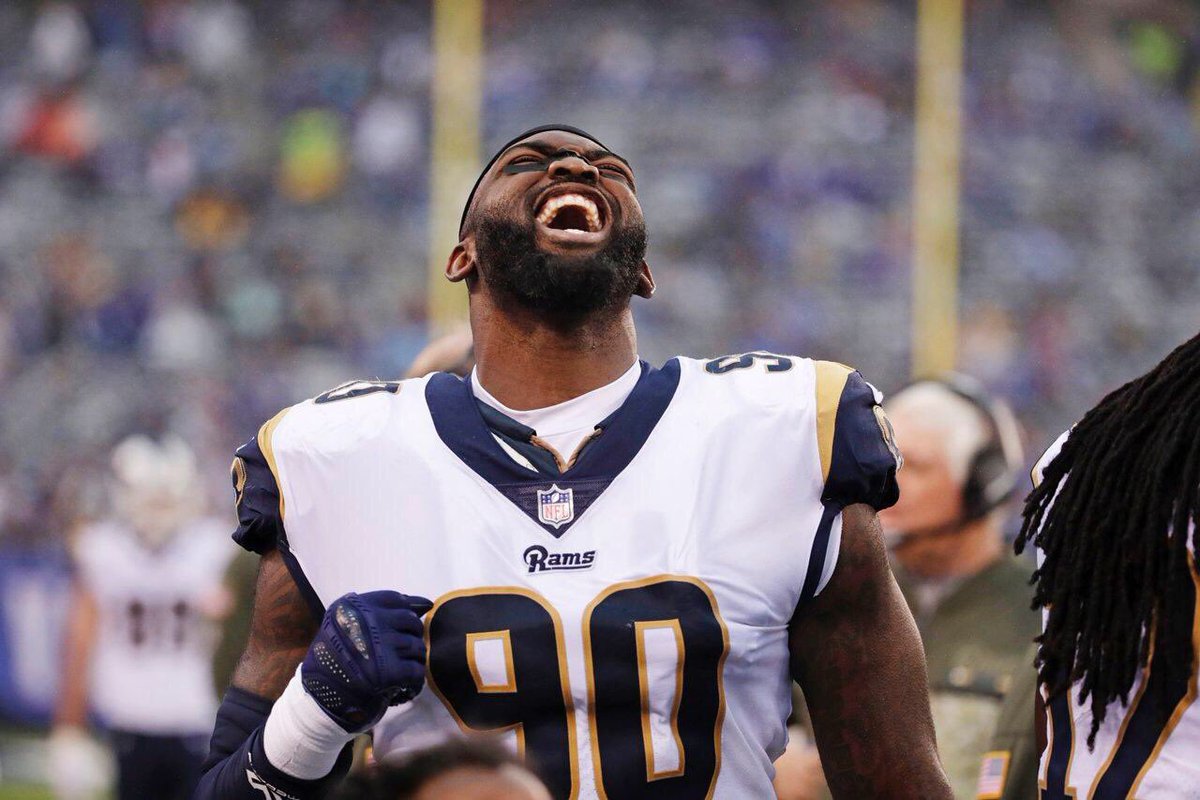 The Rams are starting to make believers out of many. After their convincing 33-7 blowout of the Texans people are left to believe they might actually be a legitimate threat to win the Super Bowl.

In this game they received contributions out of the dominant defensive line and mainly Aaron Donald (93.7 grade) and Michael Brockers (90.3 grade). Donald is obviously not a shock as he has been the best defensive player in football, but Brockers has clearly tapped into that potential and has ascending into a new tier of defensive lineman. Speaking of someone who has moved up the rungs of tier groups, Robert Woods (87.5 grade). We saw Woods breakout against the 49ers at the beginning of the year and stay consistently good and reliable since. Well, last week in East Rutherford Woods broke out and he continued his dominance moving into this week versus Houston. Woods has had back-to-back two touchdown games and looks like he’s not another level for Rams receivers at this point in the season. Among others Mark Barron (85.5 grade) continues to defy the odds with his smaller size at 3-4 inside backer and continues to force turnovers for his defense. As for LaMarcus Joyner (83.1 grade) he continues to shine in what is looking like an ascension in his play as well. Lastly, Todd Gurley (80.8 grade) continues to be the catalyst for the Rams offense that found themselves in the mud at first for a rare back-to-back three-and-out situation and turned in two plays that set up the Rams offense to get going in a hurry, The Rams are undefeated when they score 21 points at least and seven of those wins in which they have scored those points have been primarily because of Gurley or even just his presence on the field in what has been a stellar season for the third-year back.

Here is what Pro Football Focus had to say about some of the top graded players on the Rams:

“WR ROBERT WOODS, 87.5 OVERALL GRADE
Robert Woods was Jared Goff’s favorite target on the afternoon and he hauled in 8 of the 10 passes his way. Woods finished the day with 171 yards receiving, with 94 of those on one play when he beat Jonathan Joseph for the long touchdown. Woods has been playing well recently and has at least 55 yards receiving over the past five games. He’s been a reliable target for Goff throughout the year, catching 39 of his 57 targets with only two drops.

RB TODD GURLEY, 80.8 OVERALL GRADE
Even with the light work load running the ball, Gurley made the most of his attempts, running for 68 yards on 11 carries while forcing three missed tackles. Gurley continues to be a major factor in the revamped Rams passing attack as he caught six passes for 68 yards with 65 yards coming after the catch, most by way of screen and check down passes. Gurley’s lone blemish on the day came on a dropped pass, otherwise he continues to have a very strong season.

DI AARON DONALD, 93.7 OVERALL GRADE
As per usual this season, Donald was unblockable against one-on-one blocks, and not much worse against double teams. Donald’s biggest play was his first-quarter strip sack of Savage, but he finished the game with an additional hit and six quarterback hurries on 34 pass-rushes. Donald also made two solo run stops and added a batted pass for good measure as he continues his impressive season.

DI MICHAEL BROCKERS, 90.3 OVERALL GRADE
While Donald was a beast rushing the passer, Brockers did most of his damage against the run. Brockers finished with a game-high run-defense grade of 89.1. Brockers had just one solo run stop, but he was as disruptive as could be all game. Nobody on the Texans’ offensive line could block him and he consistently forced the Texans’ running backs to change where they wanted to run the football. For good measure, Brockers also added a sack and three quarterback hurries.”

The Rams will look to continue on their winning ways with a tough tilt in Minnesota in which they will likely be tested by two receiver forces in Adam Thielen and Stefon Diggs as well as possibly going against their old starting QB Case Keenum who has had a surprisingly good season under center in relief for former Rams QB Sam Bradford.