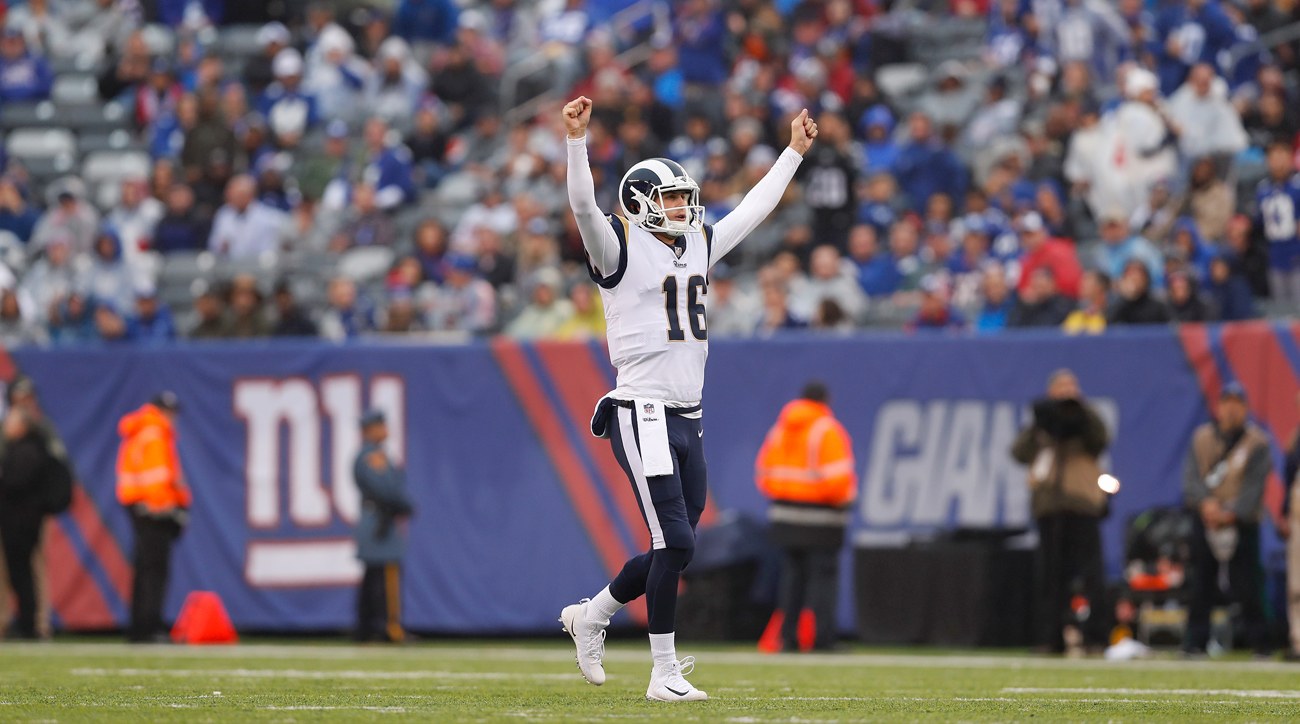 It wasn’t that long ago the Rams dealt the farm to move up to the top of the draft and select the California Golden Boy Jared Goff.

It started during the pre-draft process, Jared Goff was being red-flagged for a couple of things. First of all of them was his lack of hand size and the second one was his lack of success in cold weather. Of course, being a California native and everything it’s hard to knock Goff for having a harder time than others in cold weather games. That was the concern, but now the question is this: Were Goff’s concerns overblown? It sure is starting to look that way.

Goff has had quite the sophomore bounce-back season under new leadership and with better weapons and protection around him. But one thing you cannot do is underrate how good Goff has been. Look, I get it that he has a lot of help around him but he is still making some great plays that involve him staying calm in the pocket, mobile and keeping his eyes downfield while scanning to find a target. Well, throughout this whole season Goff has played in favorable elements, until week nine in which he played the New York Giants in East Rutherford, New Jersey.

You would think judging by Goff’s scouting report that he would have a brutal time at Metlife Stadium, but come this past Sunday that was quite the polar opposite of what happened. Goff shredded the idea that he would struggle in cold weather. The Rams won the game over the Giants 51-17 and that included Goff throwing for a career-high four touchdown passes for over 300 yards passing. It wasn’t just that Goff played well and led his team on the road across the country on the east-coast. It was the fact that he did it in cold weather but on top of that very rainy whether (I was there and can attest to that). One of Goff’s four touchdown passes came via a 60-plus yard deep bomb to Sammy Watkins in which the ball traveled 60-plus yards through the air even during a rain storm. Goff’s apparent scouting report of his small hands and apparent lack of success in cold weather was squashed like a bug this Sunday as not only he made a statement but so did the Los Angeles Rams who flew up to sole possession of first-place in the NFC West division.

This isn’t just a big deal because the Rams won on the east coast. Bear in mind that the Rams are fighting for not only a playoff spot at this point in the season but even the top seed in the NFC. Since the playoffs are possible it’s important to think about the fact that Goff will have to play in cold weather on the road if the Rams do not grab hold of the top seed in the NFC. Now you see how important this performance versus the Giants was. We are seeing a preview of what the Rams will have to possibly do in the playoffs and how well Goff pulled it off this past weekend.