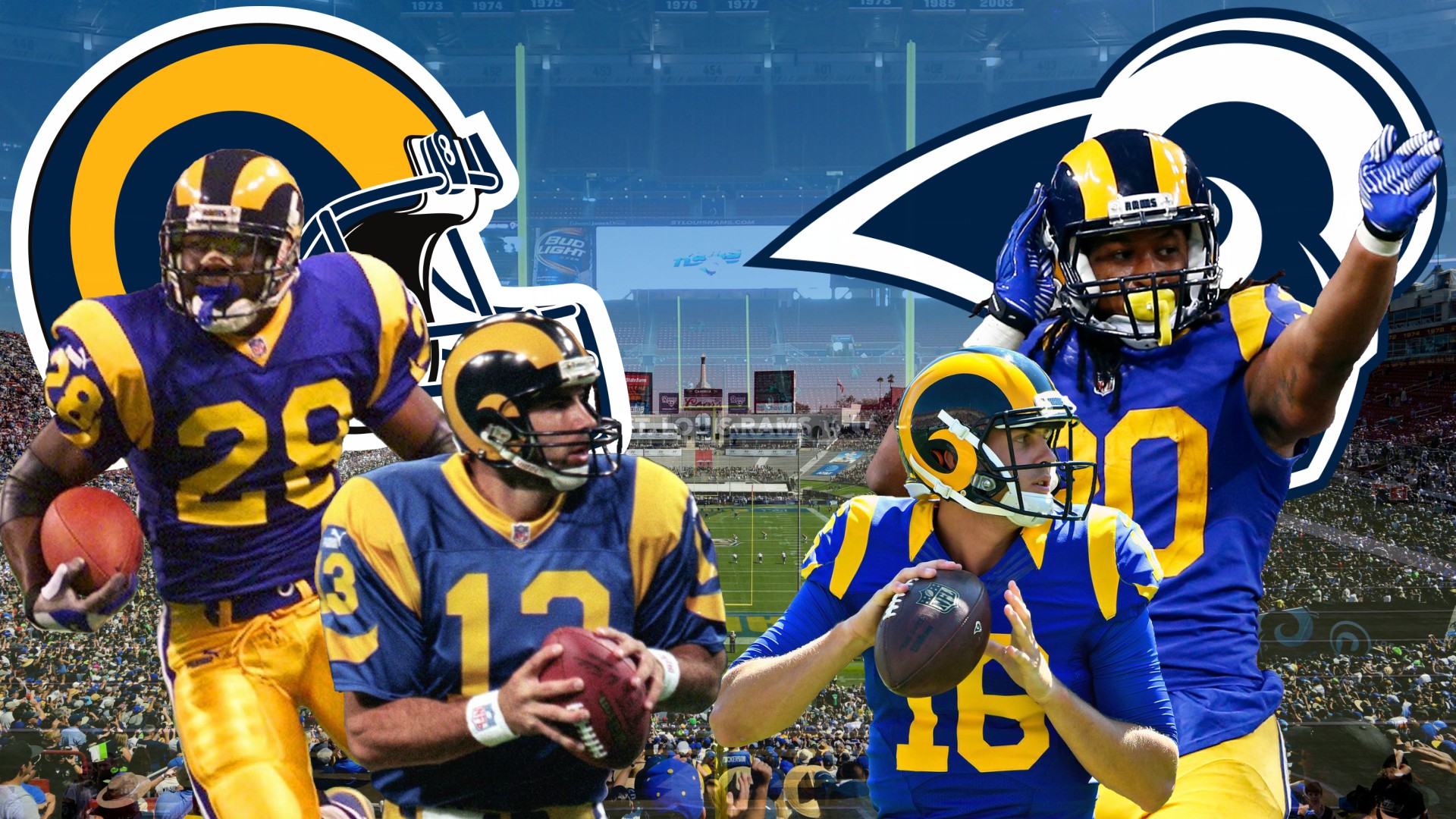 The Los Angeles Rams are playing some pretty good football right now as they sit at 6-2 as we head into week 10 of the 2017 NFL season.

This might feel a little familiar to seasoned Rams fans.

The 2017 Los Angeles Rams are half way through their season and bolster the highest scoring offense in the league with 265 points so far on the season. The 1999 Rams also scored 265 points in their first 8 games. This puts the Rams on pace to score 530 points this season. That number would beat the 1999 Rams point total of 528.

While the touchdown total of the Rams is projected to reach just 54 compared to 1999’s 66, the points from special teams are drastically different. While in 1999, Jeff Wilkins scored 124 points, Greg Zuerlein of the modern Rams is on pace for 198 points, which would be an NFL record currently held by LaDanian Tomlinson (2006 – 184).

While the comparison from any good Rams team will always go straight to 1999, it’s also worth noting the differences.

At Quarterback, Jared Goff is a number one overall draft pick in his second NFL season whereas 1999 saw Kurt Warner who no one really knew.

Running the football in 1999 was Hall of Fame running back Marshall Faulk. Faulk was an off-season addition and made a massive impact on the Rams offense in the run and pass game. Today, we watch Todd Gurley run the football. The third-year first round pick who also has become a weapon in the passing game.

The Rams head coach in 1999 was none other than Dick Vermeil who was coming to the end of his career and would retire at the end of the season. The current head coach of the Rams is Sean McVay who at 31 is the youngest head coach in modern NFL history.

These Rams, much like the 1999 Rams, could be onto something special. When numbers like these are coupled with the second youngest roster in the NFL, the youngest starting QB, and the youngest head coach in the league, there is reason to be excited.

If history repeats itself then I’d say that being 6-2, having scored 265 points, coming off a season in which the Falcons lost the Super Bowl, coming off a 4-12 season, having the highest scoring team in the league, and coming off of a recent relocation is pretty good reason to be excited.