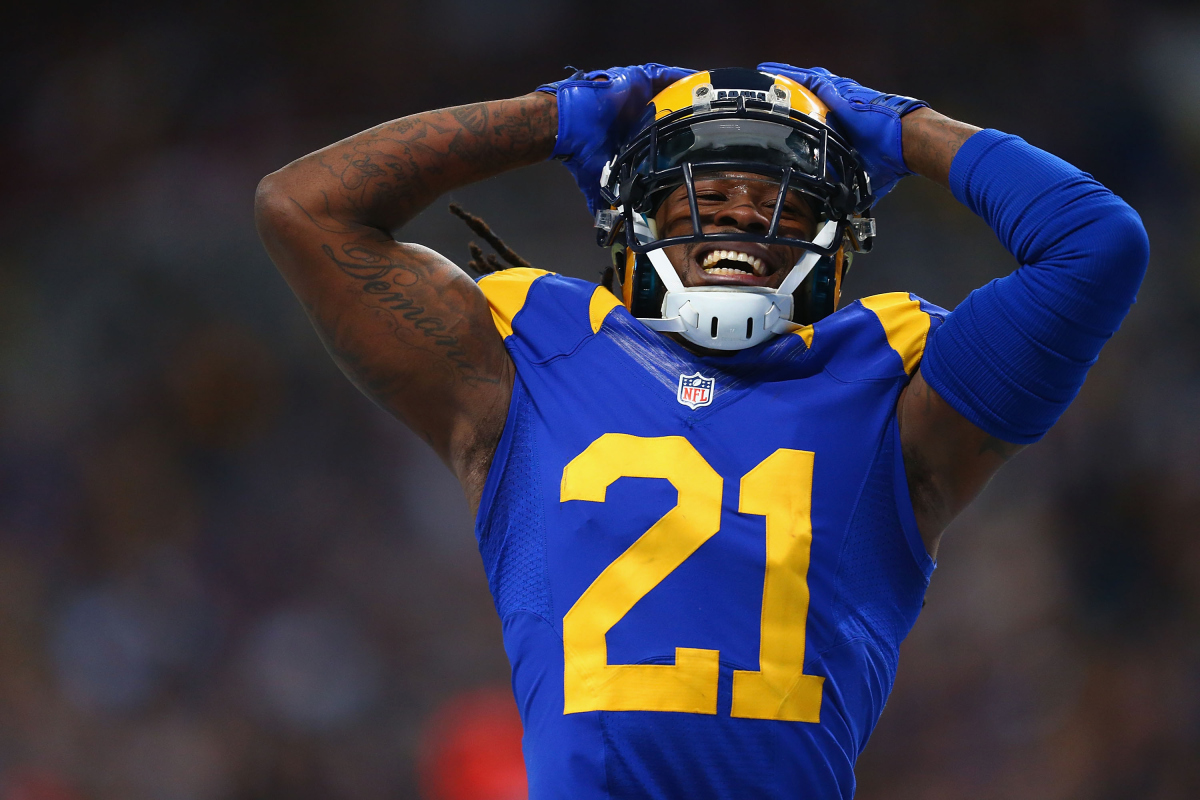 No reunion game for the Jack Rabbit. We found this out today after the New York Giants announced that they would suspend their star CB Janoris Jenkins indefinitely due to a violation of team rules.

Jenkins would have been set to play against his former team this Sunday but that now won’t happen. It was just not long ago that Jenkins was in St. Louis with the then St. Louis Rams. Now, times have changed as the Jack Rabbit decided to sign a five-year $62.5 million deal with the Giants and reunite with his old defensive coordinator Tim Walton.

Ever since the move the Rams have been under fire by fans who wanted to have Jenkins retained and rightfully so. Jenkins ever since has been playing at an outstanding level and arguably outplaying the Rams top CB and former teammate Trumaine Johnson. Even though Jenkins has had success and even though that includes his first playoff appearance with his new team. If you asked Jenkins right now where he would rather be, he would likely say with the Los Angeles Rams in sunny California sitting at a 5-2 record and not the depressing and measly 1-6 record sinking in what was a total underachieving season for a team that had been talked about as a preseason Super Bowl contender.

Well, now it’s over and done with and it will be just no.22 Johnson taking the field for the Rams and Jared Goff and the rest of the Rams offense will have a less worrisome corner to deal with as the team looks for it’s third-straight victory that would put the Rams at 6-2 in what has looked like a little magical of a season so far.