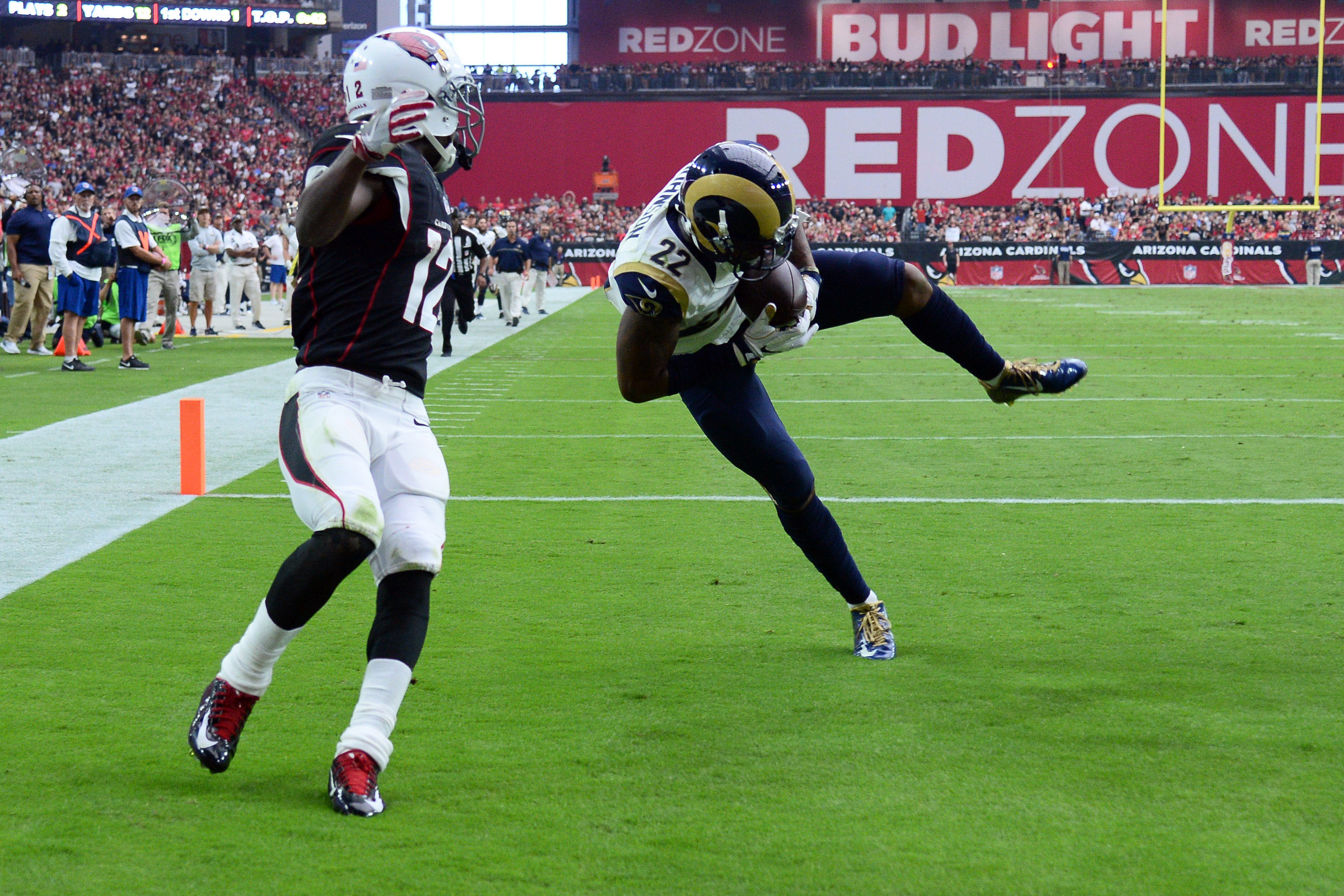 The 4-2 Los Angeles Rams are headed to London for the third time to take on the 3-3 Arizona Cardinals. The Cardinals acquired their new starting RB Adrian Peterson in a rare mid-season trade a week ago and he exploded. Will he be the deciding factor in a Cardinals upset across the pond?

When you look at this game it’s honestly a really bad match up for the Cardinals. The Cardinals offensive line is the one thing that sticks out and it’s not in a good way. Arizona starts an offensive line of D.J. Humphries who has been by far the best offensive lineman on the line, Alex Boone who is a complete shell of his former self, A.Q. Shipley who is one of the worst at his position, Earl Watford who has no business starting on an NFL offensive line and Jared Veldheer who has seemingly hit a wall after years of production. No big deal though, that skaky Cardinals offensive line only has to go up against the most dominant defensive player in the game today, Aaron Donald, one of my most underrated defensive players in football, Michael Brockers and speed rusher Robert Quinn among others. Yeah, this is not good news for Carson Palmer who is tied for second in the league with the most sacks. Guess who happens to be second in sacks as a defense? The Rams.

Moving along though it’s the Rams offense that is the talk of the town this season. Second-year QB Jared Goff has performed well this season and is listed in the top 10 in just about every passing category. On top of that the Rams have awakened the beast in the form of Todd Gurley who has bounced back considerably since his last season debacle. Gurley this season is in the top five in just about every statistical category at his position and has helped the Rams establish an identity on offense. The past two games the Rams have moved away from testing the defense with Goff and his weapons by calling more of a conservative gameplan in hopes of keeping the turnovers to a minimum against top defenses in Seattle and Jacksonville. This week I would expect the Rams to go out guns blazing and play their aggressive natured game against a division rival.

The good news is that the Rams will have their Free safety back in LaMarcus Joyner. With that being said it’s 50/50 if their starting ILB Mark Barron suits up and we already know that Cody Davis will not. We will give you the update on who is active when we have it.