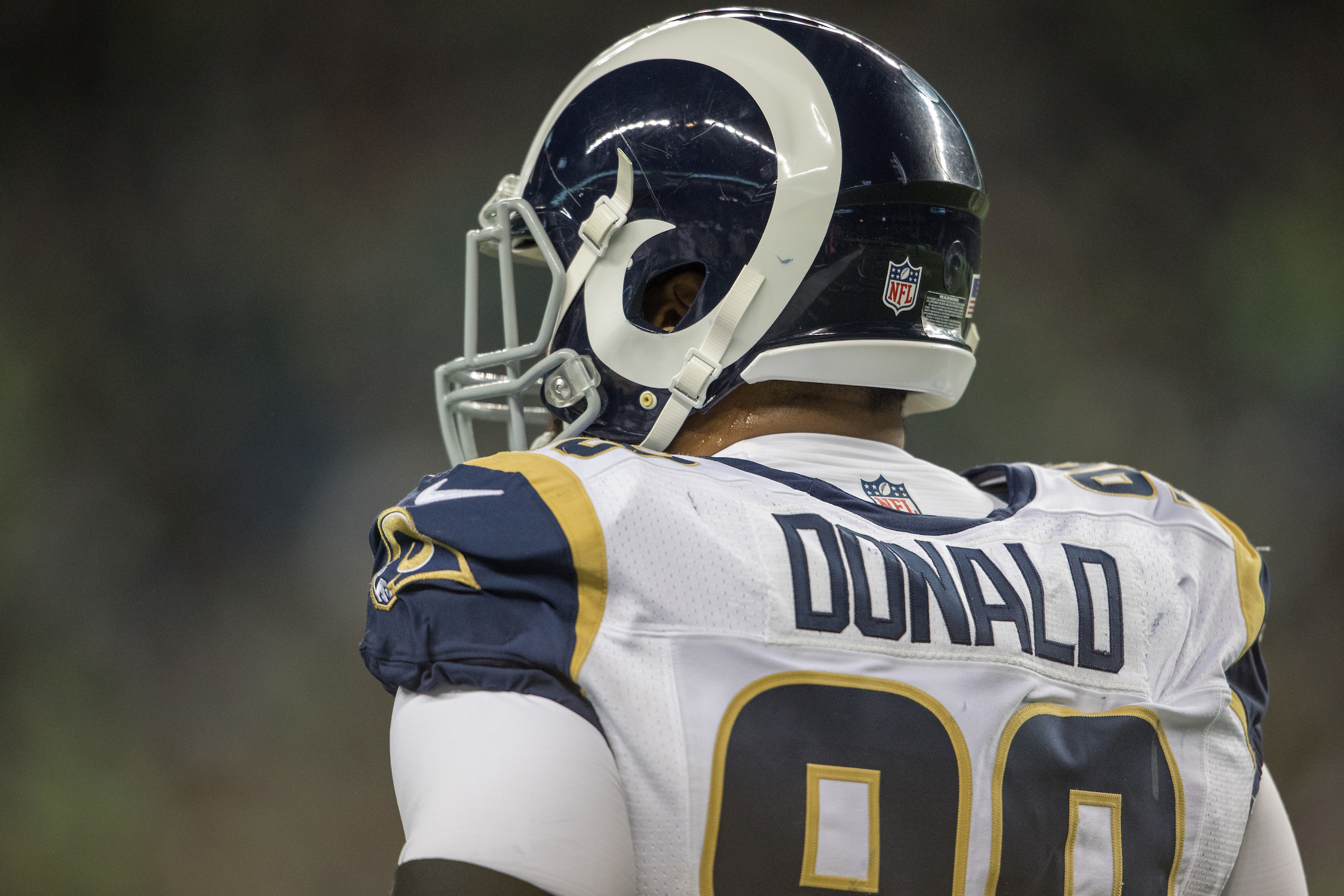 Rams won their third road game of the season in what was a statement win for the team before heading to London.

Immediately when you watched this Rams defense, you saw early on it was going to be the Aaron Donald (91.7 grade) show per usual. Donald over his last three games is on an absolute tear generating 29 pressures on the quarterback which is quite honestly out of this world. What Donald continues to do week in and week out validates exactly why the superstar wanted a contract extension before the regular season. Another defensive player that stood out over the weekend was none other than ILB Mark Barron (86.3 grade) who continues to fly all over the field and make tackle after tackle. Barron seems to be settling in at his new position. Todd Gurley (83.7) continues to be dominant as long as he gets his carries…Gurley ran for over 100 yards and looked smooth and efficient doing so. Of course he probably wouldn’t have had the success he did running the ball without his LG Rodger Saffold (83.5) and C John Sullivan (81.4) having their best games of the season.

It was a largely unspectacular day for Goff, who had no “big-time throws” and the only turnover-worthy play fell into the arm punt category on a long third-down heave. Instead he took what the defense gave him, played it safe and let his rushing attack, defense, and special teams do the heavy lifting. There’s a skill in managing a game against an opponent who has made life hard for more established quarterbacks, and the composure Goff showed is a reminder of how far he has come from his rookie year.”

“You don’t need to force a lot of missed tackles to cause a lot of trouble, and Gurley’s performance against Jacksonville was a demonstration in that. With the Rams operating a zone-heavy rushing attack, the emphasis was always going to be on his cuts to cause the speedy Jags problems and boy did it. Gurley had just one broken tackle but his consistent ability to find the right gap and maximize yardage out of it was crucial.”

“We have gotten to the point where anything under a 90 overall grade is a disappointing game for Donald. Against the Jaguars, he did not disappoint, completely dominated the Jaguars offensive line to the tune of 2 sacks, 2 hits, and 6 hurries on 41 pass-rushing snaps.”

For the second week in a row, Barron was all over the field. This week, it was to the tune of 8 tackles with 6 stops, three in the run game and three in the pass game. While there are points where Barron is overwhelmed due to his size as a safety at linebacker, this week he was able to use his size as an advantage to make plays rather than getting blocked out of them.”

For all your news and analysis keep it right here at downtownrams.com and don’t forget to check out the Downtown Rams Podcast. Our latest podcast we talk all about the Rams win in Jacksonville and preview the London trip to play the rejuvenated Cardinals.

Where does PFF rank the Rams position players through six weeks?