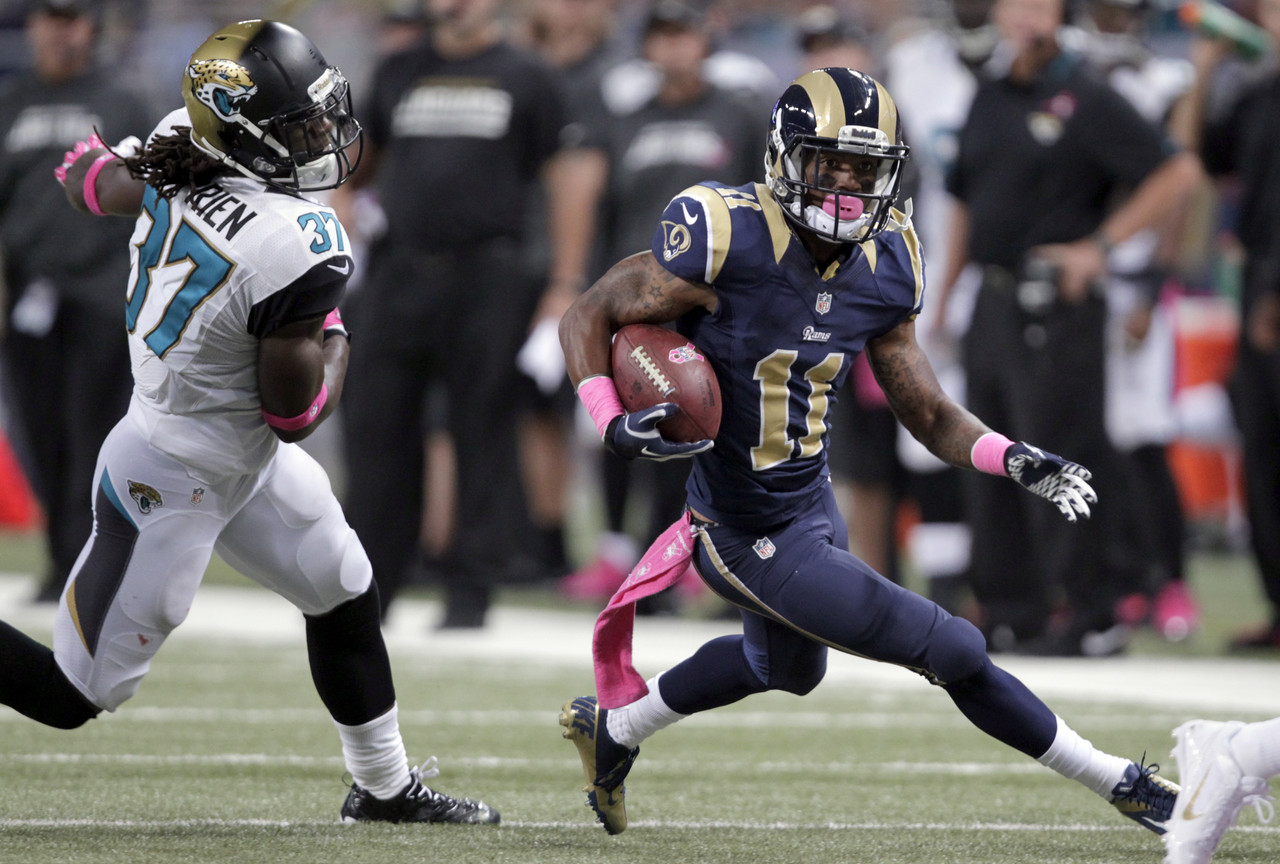 The 3-2 Los Angeles Rams head to Jacksonville to take on a red-hot 3-2 Jacksonville Jaguars team this Sunday. Here is our preview for this weekend’s game.

This Sunday when the Rams go into battle they will be facing the league’s most dominant up-and-coming defense. Headlined by a downright terrifying front seven made up of Yannick Ngakoue, Malik Jackson, Abry Jones, Calais Campbell, Telvin Smith, Paul Posluszny, Myles Jack and that’s not even including former third-overall pick Dante Fowler. What is even more crazy is the fact that the secondary is just as talented with the likes of the best cornerback duo in football Jalen Ramsey and A.J. Bouye and an underrated safety tandem of Barry Church and Tashaun Gipson. With everyone mentioned it’s hard to see how any offense can combat this defense.

However, if there are any offenses in the league that can beat the stingy Jaguars defense, one of them has to be the Sean McVay-led Rams offense that ranks top five in the league. With all of the new weapons for Jared Goff and Goff’s production going according to plan he should be ready for the red-hot Jaguars defense. Goff practically faced the Jaguars defense last week against the Seattle Seahawks. Of course, now the Jaguars run that defense and are able to roll over teams with it.

As great as both of these units might be, there is no doubt in my mind that the Rams defense can stand toe-to-toe with Jacksonville. This is a defense that is about to blow up. Now, it’s week six and right around the mark where in the past Wade Phillips’ defenses start to really click. The team just paid the captain Alec Ogletree which could be a mini boost for this Sunday but even so this defense found something late in the Dallas game and definitely last week versus the Seahawks allowing only 16 points to them at home. This week the Rams finally play against a less talented QB in Blake Bortles and one that isn’t trying to take off with the ball more often than not like the Rams played against back-to-back with Wilson and Prescott.

If the Rams can force the Jaguars hand and make Bortles throw the football as well as keep the turnovers down low versus the team leading the league in them, the Rams will win. It’s going to be a tough game, Goff likely can’t play like he did last week and the Rams likely can’t afford to be conservative with their use of Todd Gurley either like they did last week. Bortles made the Ravens pay in London but only tallied 95 yards passing on 14 throws and even threw an interception. The Rams play with the same type of intensity as Pittsburgh so the defense could give Bortles fits if the Rams stop the run. Leonard Fournette on the other hand is coming off a 181 yard rushing performance tacking on two touchdowns as well. Albeit the the second touchdown and 90 of those yards came on a garbage time breakaway touchdown but still Fournette is legit.

I think in conclusion the Rams will win this game 31-17 and I think with Jacksonville coming off a huge franchise win against Pittsburgh on the road they fall back down to earth this Sunday. The Rams are going to be able to game plan around a great defense and secondary. The Jaguars are the 31st run defense in football and the Rams will be able to exploit that with Gurley and even Tavon Austin. The Rams run defense looks worse than it is, they shut down a bad backfield in Seattle but in the second half of the Dallas game they kind of held Ezekiel Elliott in check as well. The Jaguars are too run centric to keep up with the Rams offense if they can play like they have in just about every game this season. I expect they do and Jared Goff enjoys his birthday weekend with what I would call a bold prediction in four touchdowns.