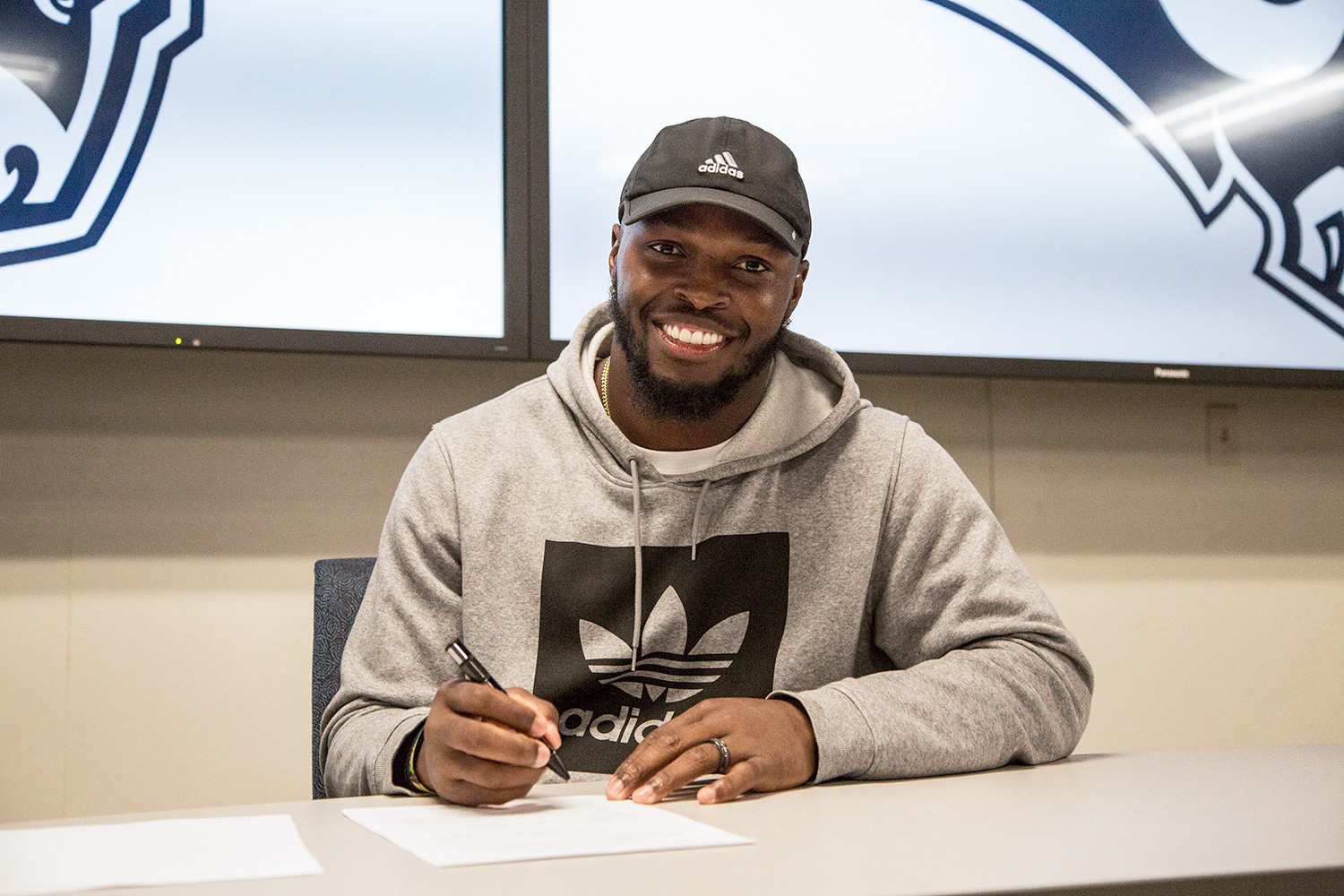 The Rams as reported late last night extended Alec Ogletree, a former first-round pick in the 2013 NFL Draft for four-years. Here we take a look at why the Rams made the right move in doing so.

Think about this, the Rams had two picks in the first round of the 2013 NFL Draft and selected a gadget player who they traded up from 16th overall to 8th overall to take him and then they traded down with the Atlanta Falcons from the 22nd selection to the 30th at the tail end of the first round to take a future captain of the defense. Both players have now been extended by the Rams but one appears to be a lock to remain on the roster after the season’s end.

Alec Ogletree has battled through a lot in his young NFL career and even before it. Starting off at Georgia as a top high school recruit Ogletree played at strong safety for Mark Richt’s Bulldogs to start off his collegiate career. The next season he broke his foot in the season opener and missed half of the season but he came back strong especially after making the switch to linebacker. The same would follow suit in the NFL as Ogletree would suffer a broken fibula that would end his season short in 2015, switch positions three times and even with all of the turnover he would still lead the Rams in tackles every year in the league except for the year he lost due to a broken fibula.

So with all of that being said, why did the Rams make the right move in signing Ogletree? First off, many seem to jump on Ogletree often and say things along the lines of “he can’t tackle”, “he’s not a leader” and how he “isn’t worth that much money”. To that, I would make the argument that he can tackle judging by the fact he’s led his team in tackling every single year he’s entered the league besides the year he only played a quarter of the season after suffering the aforementioned broken fibula. I would also make the argument against the idea he isn’t a leader. How on earth can someone not be a leader and yet have 52 other men on the football roster vote him as a team captain? The last narrative that he isn’t worth the money is false too. Spotrac.com actually gives out market values and according to the site, an average contract for a player of Alec Ogletree’s caliber would net 4.3 years, $43,075,391 and annually pay up to $10,135,391. Interestingly enough Ogletree received a deal that ended up being 4 years and $42 million which is lower than the average market value for a player of that caliber and at that age.

Ogletree has racked up 441 combined tackles, 5.5 sacks, 11 forced fumbles, 35 pass breakups, five interceptions and a touchdown in his young career. He’s nowhere near done and to be completely honest it’s been extremely impressive what he has to do. You deal realize Ogletree in his first season playing at his new position with a bigger role and much more responsibility at middle linebacker was named as a second-team All-Pro right? He’s struggled at times this season but he’s also learning a brand new system and practically playing a brand new position as a 3-4 inside backer. So far in Phillips’ defense Ogletree has already tied his career high of sacks just five games through the 2017 campaign with two. You saw against the Seahawks, Ogletree found his groove and appears to be coming along in learning this new defense.

Crazy enough one thing the official team site brought up was that the Rams starting inside backer has accumulated the most splash plays for a linebacker since 2014. A splash play is considered anything that follows a batted pass, pass defensed, forced fumble or interception. Ogletree racked up 28 of them since 2014 which is higher than the highest paid middle linebacker in football Luke Kuechly who has 26, Tampa Bay Buccaneer stud Lavonte David who has 26 as well, Pittsburgh Steeler freak Ryan Shazier who has 22 and Cleveland Browns star Jamie Collins who has 19. That’s some impressive company right there for Mr. Ogletree.

This young Rams team is going to need the type of play that Ogletree is capable of making at any given time during every week. It’s uncertain what the future is for the likes of players like Mark Barron who stands next to Ogletree as the other inside backer in what is best described as an unorthodox-looking fit. What the Ogletree signing does do is provide clarity at one of the most important positions in football. The Rams financially have around 40 million in cap space for next season but can free up nearly 20 of it if they decide to cut OLB Robert Quinn, WR Tavon Austin and as previously mentioned ILB Mark Barron. Bear in mind the Rams bought themselves time after releasing Maurice Alexander who many felt would command quite a lot of money after this season if he kept up his performance from last year. With Alexander gone and the clock being reset at safety with John Johnson the Rams had room to make a money move and with Ogletree’s extension being in the works since this past July it seemed like the best option for this team. Now, all the Rams have to do is worry about extending stud free safety LaMarcus Joyner, WR Sammy Watkins, DL Aaron Donald, CB Nickell Robey-Coleman and maybe even CB Trumaine Johnson. The Rams clearly found themselves in the driver’s seat and pulled the trigger on keeping number 52 in Los Angeles for the foreseeable future.

As always for all the latest Rams news and analysis keep it right here at downtownrams.com. Also, don’t forget to check out our brand new podcast episode 30 where we talk about the Alec Ogletree extension and have the voice of the Rams JB Long join us to break down the anticipated Rams-Jaguars match-up.