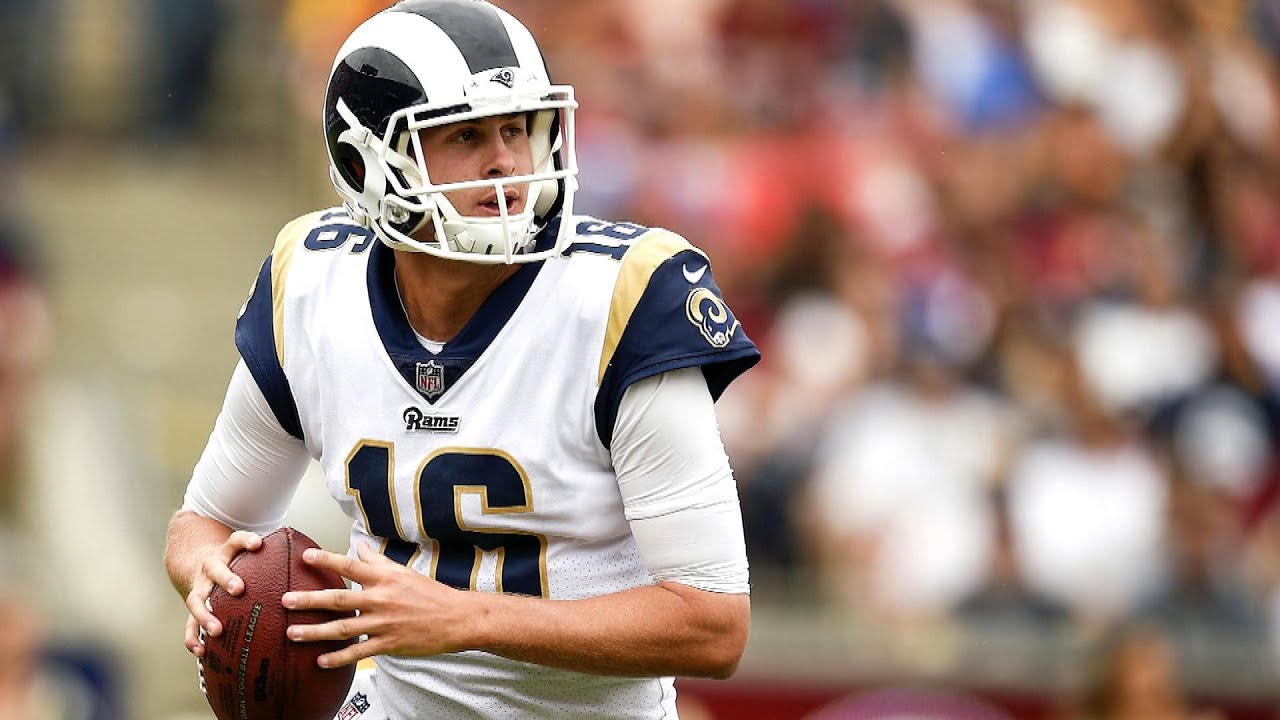 The Rams at this point in time sit in a two-horse race that will likely come down to the final weeks of the season to win the division. However, that may not have been the case had the Rams not made an epic trade to skyrocket up to the number one overall selection in the 2016 NFL Draft and take California star QB Jared Goff.

It’s easy to say the Rams could have stayed at number 15 overall and could have selected Memphis dual-threat physical freak QB prospect Paxton Lynch but as we are now learning nothing is a guarantee and just because you draft a QB in the first-round doesn’t mean he will turn into a first-round type of QB. Forget about Lynch for a second, let’s just pretend the Rams had selected the player the Browns took at number 15 with no franchise QB in plain sight, WR Corey Coleman. Who would be throwing him the ball?

The Rams had two picks in the second round and could easily have taken a QB in the second right? Now, in this scenario Rams grab a 5-foot-10 WR that can take the top off the defense but who is throwing him the ball? Well, with one of the Rams two second-round picks perhaps the selection is QB Christian Hackenberg who has struggled to even see the field in the NFL and can’t even beat out Josh McCown or Bryce Petty. So what’s the point of bringing this up you may ask? Basically, had the Rams “stayed put” at 15 they would have likely been burned and would not be in the driver’s seat like they are now. This is not to say Goff was the right choice over Wentz because that has yet to be determined as both look like future franchise QB’s. What this does show is that at the most valuable position in the sport, sometimes you need to bite the bullet and grab “your guy” in the draft. When dealing with a QB don’t think about value, think about need. Yes, you can buy a beater of a car on Craigslist for value, but how long will it get you from point A to point B? Just like a QB, how long will your value QB last in the hardest position and most important on the team?

Shifting gears for a second, you do realize that what you saw out of Goff last year under that horrid offensive coaching personnel would have been twice as worse if you replaced Goff with Paxton Lynch last year right? Goff may have been a little raw but Lynch? Well, he was on another level raw. The Rams made a mistake with Goff and that was surrounding him with no offensive line protection which jeopardized his career early on and the coaching he had that seemingly taught him nothing whatsoever. Goff last season was ultimately in the most unfair situation you could think of. Now, lets double back to the value talk. When you hear about value in the 2016 NFL Draft one name should pop up immediately. Dak Prescott. The Cowboys were completely luck with Prescott just like the Seahawks were completely lucky with Russell Wilson. Prescott was a dual-threat at Mississippi State that couldn’t beat Alabama and Wilson was a transfer at Wisconsin who couldn’t beat Kirk Cousins. Both players however have paid off. You never could have predicted it before the draft though. Those are just two occurrences that you just have to be lucky to even have go in your favor. Sure, the Rams could have drafted either one of them since Wilson was a third-round pick and Dak was a fourth-round pick but could you even make an argument that they would have succeeded with what was around Goff last season? Probably not.

The idea that any team would have to consistently start a revolving door of QB’s seems preposterous but then again it happens. Just think the Jets are starting Josh McCown this season because they refused to target any QB’s in this year’s draft. Or how about the Browns who passed on Carson Wentz, Deshaun Watson, Patrick Mahomes, Mitch Trubisky and took DeShone Kizer off of value. I like Kizer and I believe he could be something in this league but the Browns have already booted him from the starting QB duties and have named former Kansas City Chiefs QB that was waived Kevin Hogan as their starting QB.  The Browns drafted a QB last year Cody Kessler, in the third round ahead of Dak Prescott and he is not even playing this season. What does that tell you about the Browns and the need for a franchise QB. Oh, and did I mention the Browns are now 0-5 after losing to Josh McCown and the Jets at home. Yeah, excellent job Cleveland. Let’s not forget the 49ers who thought it would be a great idea to start Brian Hoyer at QB while a young team rebuilds. Not taking away from the fact that the 49ers completely reached on Iowa QB C.J. Beathard in the draft either.

Forget all about the teams that have failed to have a starting franchise QB come out of the tunnel and give their loyal fan base a reason to wake up and watch on Sundays. Now look at the teams that have been in denial of the inevitable. Think about it. The Cardinals are starting 37-year old QB Carson Palmer who has clearly taken a step back and he among others could be holding back the Cardinals from one last playoff push with legendary WR Larry Fitzgerald. Where is the backup plan for Palmer? Nowhere to be seen because the Cardinals have not taken this valuable time to have had anyone sitting and learning under Palmer just two backups in Blaine Gabbert and Drew Stanton. Well, what about the Chargers great QB Philip Rivers who has seemingly taken a step or two back this season. He’s 35-years old and who is behind him? Cardale Jones. At least something to work with but still no one that is probably the heir for the Chargers moving forward. How about the New York Giants who clearly should have traded up and taken Patrick Mahomes in this year’s draft like everyone heard they were going to do. Instead 36-year old QB Eli Manning is in a nightmare of a season after losing almost all of his receiving core to injuries and the only guys after Eli if he goes down are Davis Webb who was an over-drafted inaccurate rocket-arm in this draft and Geno Smith.

Now on the other side of the coin there are teams that have tried to set themselves up for life after their savior. The Steelers finally went out and drafted a QB high this year in day two Joshua Dobbs, a dual-threat genius that has a chance to lead a roster if of course, given that chance after Ben Roethlisberger hangs up the cleats. Sure, the Steelers should probably draft another QB in next year’s draft like a Luke Falk or Mason Rudolph to compete with Dobbs but at least with Dobbs you know there is something after Big Ben in Pittsburgh. With the Patriots, despite the fact they have Tom Brady playing at a ridiculous pace they know he won’t last forever. It’s why they drafted two QB’s in the second and third round. Now, they did make the unfortunate mistake of trading away Jacoby Brissett who appears to have really found his stride in Indianapolis but Jimmy Garoppolo offers a future franchise QB after Brady. The same can actually be said of Aaron Rodgers in Green Bay. He’s got a lot of years left but when he finally either leaves the Packers organization or he retires the Packers did draft a player they have been grooming under one of the greatest ever and that is Brett Hundley.

In conclusion it’s pretty safe to say that franchise QB’s make your team viable. Just look at Deshaun Watson and how even though the Texans have lost their two best defensive players JJ Watt and Whitney Mercilus, no one is willing to count out Houston now that they appear to have a QB. The Rams couldn’t have gone wrong with either Jared Goff or Carson Wentz. However, they could have severely butchered their chance at competing this season had they settled on value. The ripple effect of the NFL is telling us something. It’s telling us that stars matter and franchise quarterbacks aren’t just nice to have, they are the end all be all of the sport. Sure, Case Keenum looks great in Minnesota but how great will he look when there is two minutes left in a playoff game? That’s when franchise quarterbacks answer the bell. What we saw this past Sunday out of young Goff is that when it mattered the most and when it came down to him to be as rock solid as can be. Goff was up for the challenge and led a Rams one-minute drive all the way down the field that came down to a dropped touchdown that ultimately lost them that game. Goff did that against a tough Seattle defense that gave him fits all game long. When it mattered though, Goff was able to stay locked in and give his team a chance to win the game. Case Keenum isn’t going to do that. The Rams have their franchise QB and the future no matter what is bright for the Los Angeles Rams with No.16 under center.