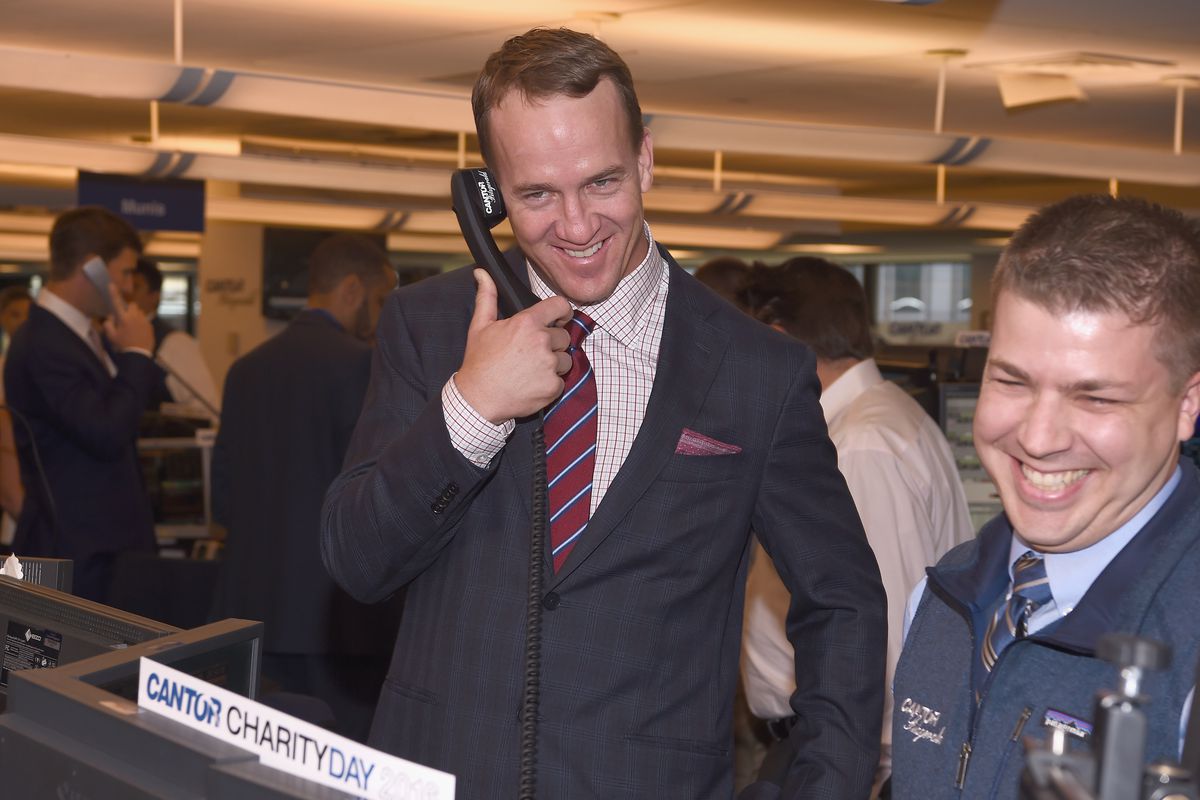 The Rams made the surprising decision to hang onto general manager Les Snead this season with a new regime but there is no guarantee how long he will stay as the GM. Jay Glazer of Fox Sports is reporting that Peyton Manning is looking to return to the NFL to be a general manager. The three teams he named as potential spots were the Cleveland Browns, Los Angeles Rams and Tennessee Titans.

Now, this is expected to all take place next year but its hard to imagine the Rams letting go of Snead after the way he has helped Sean McVay and company turn this team around practically overnight. On top of that it seems difficult to image Titans GM Jon Robinson is in jeopardy of losing his job after the way he packaged the first-overall pick to the Rams in 2016 netting a boatload of picks and ultimately turning this roster into a contender in short time. For the Browns? That starts to make a lot of sense, GM Saschi Brown has been a complete flop trying the art of “moneyball” to work in his favor. The Browns under Brown have failed to improve as the team stands at 0-5 at the moment. Brown has done is fair share of trading to acquire pick after pick but to no avail have really any of them panned out. Brown has passed on the likes of young likely franchise QB’s Carson Wentz, Dak Prescott, Deshaun Watson, Patrick Mahomes, Mitch Trubisky among others. The Browns selected DeShone Kizer who has some serious potential but with the team around him it seems unlikely he will be in position to win enough to keep his job past this season. With the Browns likely to acquire a top three pick the team will have to look at a new face and Peyton Manning might just be that.

So with all of that being said why are the Rams being linked? Well, do you remember that instagram video of Peyton in the Rams facility meeting with the Rams coaches and filmed by newly acquired Ram Kayvon Webster? Yeah, every since that has happened the speculation has emerged and quite honestly until Manning finds a job he will always be linked to the Rams because of it. Let’s also not forget this is the same organization that tried to lure him out of retirement last year. For all of those reasons it’s clear to see how the Rams would be rumored to be a potential destination for Manning. Now, Les, your job is safe. Just keep doing what you’re doing.

Los Angeles Rams: Who Are The Best Rams...