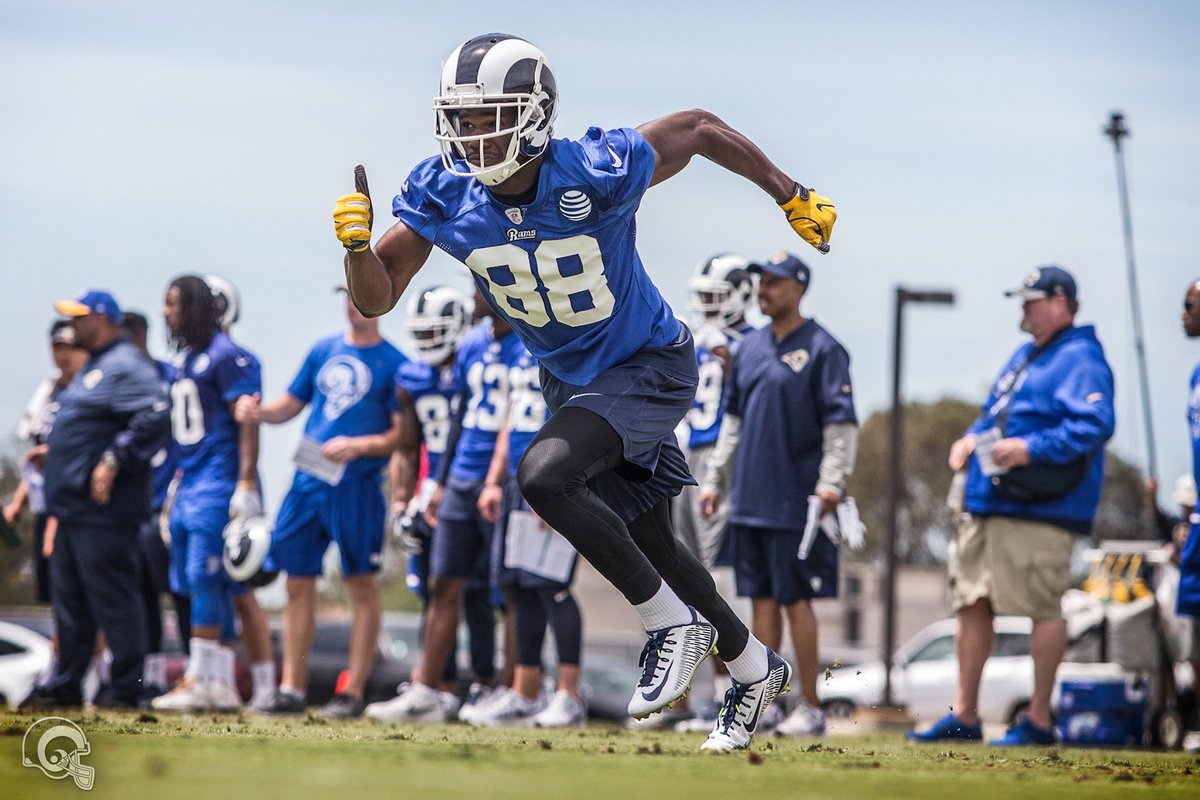 After a four-game suspension Rams training camp darling Mike Thomas is back and ready to prove himself.

Let’s go back to summer time when the reports out of Rams camp were all positive for the new number 88 Mike Thomas. Rams fans all over social media were starting to buzz about Thomas, a former sixth-round pick out of Southern Mississippi that was looking like the next big receiver. Unfortunately, after all of that we then learned that Thomas had tested positive for performance enhancing drugs and would now be suspended for the first four games of the NFL season. It was a huge blow to not only the Rams and the fans but also Mike Thomas himself.

After that happened most fans turned on Thomas and threw out the team mantra “We Not Me” as to why he should be let go from the team. Rams Head Coach Sean McVay however, had other plans. McVay gave Thomas the opportunity to continue to work in camp and eventually play some time in the preseason. The Rams ended up keeping Thomas on the NFL suspension list and now this week they will be activating Thomas after serving his four-game suspension.

We had the privilege of talking with Rams reporter Vinny Bonsignore on the Downtown Rams podcast (you can check out at the end of the article) and he explained that he expected to see Thomas featured in the offense for the simple fact that even if you keep seven receivers, you know that coach McVay is going to utilize all of them. With QB Jared Goff off to a fantastic start to his second season in the NFL and his ability to spread the ball out as well as he has, Thomas will fit right in like a glove. With Thomas, the Rams not only bring back a player capable of returning kicks and punts if need be, but the Rams also bring back a player that can take the top off of the defense, be an end zone 50/50 jump ball weapon and be a threat with his run after the catch ability.

It should be a breath of fresh air for the Rams who had Sammy Watkins shut down last week in the passing game, have Thomas back to possibly be that backup deep threat to spell Watkins when he is in fact shut down. Seattle Seahawks All-Pro CB Richard Sherman is expected to shadow Watkins all day long but it’s uncertain what the Seahawks are going to do with the limited CB depth and all the receivers the Rams have. Thomas could be inserted right into the receiver group as the number four guy with Tavon Austin, Pharoh Cooper and Josh Reynolds following him. Last season, Thomas was known for dropping that long Goff throw on Thursday Night Football against Seattle so he will surely be looking to redeem himself against Seattle this Sunday.

If you really think about the addition of Thomas, this Rams offense that leads the league in scoring is only going to be scarier. The Rams could run a rotation with the amount of depth this team has at the receiver position and keep all of their men fresh. Now, we touched on Thomas’ impact on the return game and the offense but do not forget how big of a deal Thomas will be on special teams. Thomas had six solo tackles in his rookie season and forced two fumbles. Keep in mind Thomas was the Rams key gunner alongside players like Cody Davis, Bradley Marquez and Chase Reynolds. Now with two out of the three gone, Thomas will be huge for a special teams unit that is already performing well.

So, this Sunday, we’re not expecting Thomas to blow the doors off but the things he brings to this team are vital and are going to make an impact. Watch out for number 88 he might just catch fire and build off his fantastic camp.

For the latest Downtown Rams Podcast Episode 28 listen below!