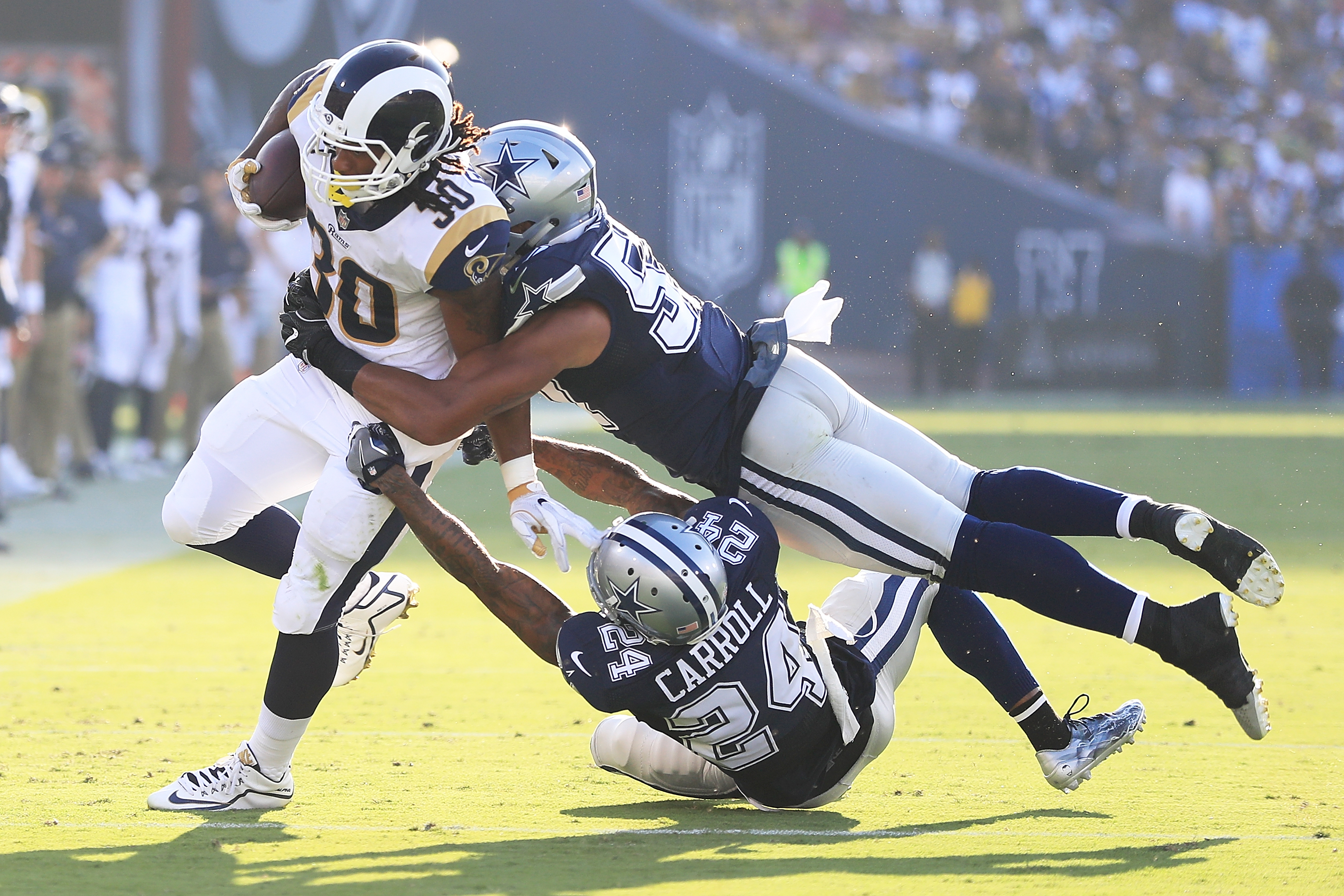 After a long week since their 41-39 thriller against the 49ers, the Los Angeles Rams will travel to Dallas to take on the Cowboys at 10:00 AM PST on Sunday.

This is a big test for the Rams. After being the highest scoring team in the league through three weeks, there are still a lot of questions floating around regarding the 2-1 Rams. The biggest question is whether or not they can keep up the high level of production against a quality opponent. . . like the Cowboys. In order to separate themselves from the rest of the struggling NFC West, the Rams need to win this week against a team with comparable offensive firepower and another young quarterback.

Dak Prescott and Ezekiel Elliott are the engine that runs the Cowboys. When they play well, their offense chews clock, and punishes defenses with gashing runs, followed by play action. The Rams will need to find a way to stop the run, if they want to win, which will require a drastic improvement for Alec Ogletree and Mark Barron. Dak Prescott has shown he can carry the Cowboys if the running game struggles, but he is far less efficient. The absence of free safety Lamarcus Joyner will be felt by the Rams secondary as they try to prevent the big plays that nearly derailed the team last week.

On the offensive side, the Rams need to sustain long drives to prevent the Cowboys from wearing down the defense. Jared Goff has played up to his billing as a number one overall draft pick, and will need to continue that performance, especially because the Cowboys secondary is vulnerable, with four players who are questionable to play Sunday. The Rams offensive line will have to step up to block against Demarcus Lawrence, who has started the season with 6.5 sacks through three games, leading the NFL over that span. If Todd Gurley can continue the success that made him the NFC Offensive Player of the Month for September, then the Rams should be able to get one-on-one match-ups in the secondary.

Ultimately, this game will come down to the trenches, and which team is best able to get sustain pressure against the other team’s offensive line. I think this will be a tight game, but ultimately, the Rams are just not sound enough on defense to stop the Cowboys attack.

This game will be the first time that Wade Phillips has coached in Dallas since being fired as their head coach in 2010.