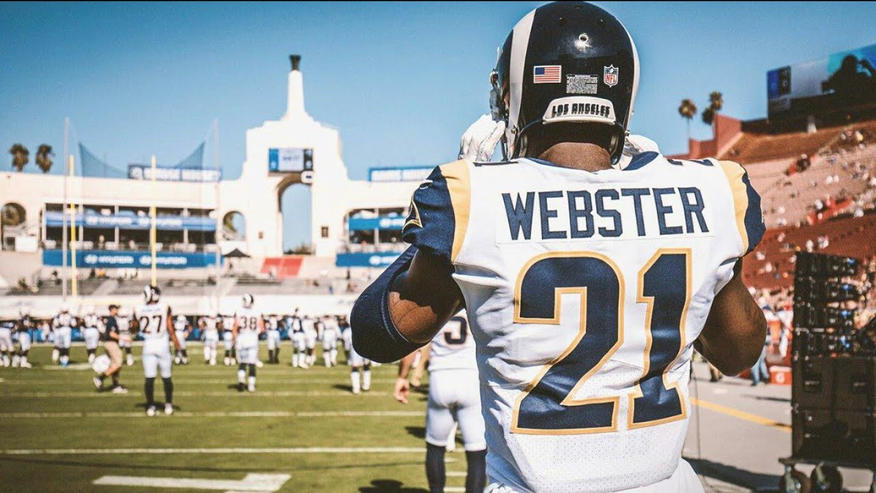 Wednesday is here and so we have received the official team injury report. There was an overall good bunch of news aside from Rams star FS LaMarcus Joyner. Joe Curley tweeted out the full injury report here:

It is a little worrisome that Joyner is not practicing as it has been since last Thursday he was injured, so clearly, his injury is worth monitoring. As for the big name receivers Sammy Watkins and Tavon Austin were in the concussion protocol and appear to be limited in practice which likely gives them a chance to play. Rams starting CB Kayvon Webster and backup RB Malcolm Brown look set to return to the field this Sunday as they both were full participants. The Rams lack of depth at cornerback is evident which will definitely welcome back Webster with open arms when he plays this Sunday. As for the running back position, the Rams deployed Austin as the backup behind Todd Gurley, so it’s likely Brown would assume the backup spot now that he is healthy.

With both Joyner and John Sullivan not practicing this week, there is a chance we could see a platoon of Cody Davis and Blake Countess at the free safety spot while the Rams end up starting young center Austin Blythe in place of Sullivan. As for Connor Barwin and Andrew Whitworth, the Rams are just being careful in not overworking the older players of the group. This approach, especially with Whitworth is the perfect way to go.

As for the Cowboys, the big name that jumps off the page is star LB Sean Lee not practicing. Bear in mind the Cowboys just played on Monday Night Football, so Lee has a lot less time to get ready for his game this Sunday. The solid defensive lineman Stephen Paea also did not participate in practice as well which isn’t as big of a loss but still a loss nonetheless. The Cowboys are a little banged up as are the Rams, but no time is as banged up as the Colts were coming into opening day versus Los Angeles. That might be the one thing to be thankful for.