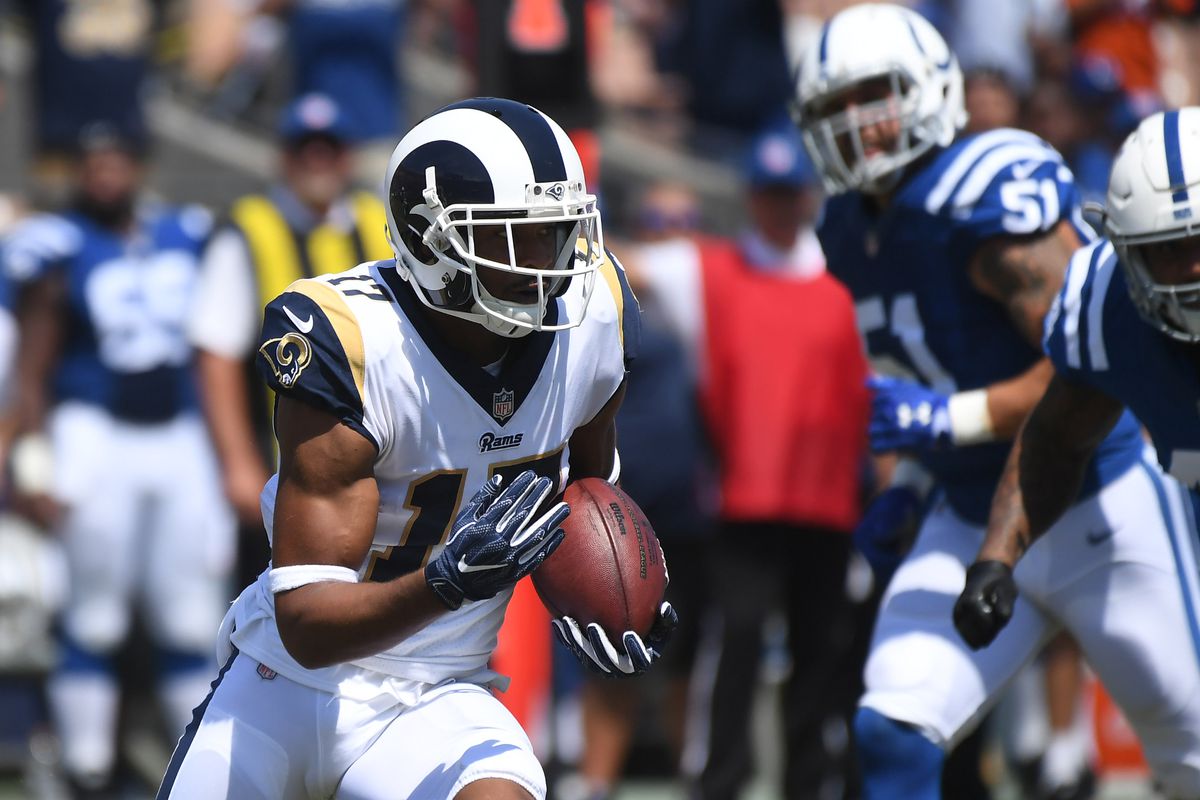 Week four is coming but most importantly for fantasy football players all over, waiver wire Wednesday is not far. Due to the fact waiver order can be so crucial late into your season, we find ourselves asking the question. Is Robert Woods a must add this week in fantasy? Should you bother claiming him?

Woods as many know had a fantastic bounce back performance under the bright lights of Thursday Night Football. Woods totaled six catches for 108 yards receiving and in standard leagues that capped him out with just an average 10 point performance. In PPR (points per reception) leagues however, Woods finished with 16 in what is a projected total for a middle of the pack WR1. So does that one week warrant a waiver claim? In week one against a team that gave up 46 points, Woods only amounted to three catches for 53 yards which would be hardly worth bothering with in both league formats. In week two Woods only caught one pass for eight yards.

Now, you could make the argument that Woods may have found his rhythm this past week, but you could also dispute that the Rams have plenty of mouths to feed and that Woods isn’t going to be a consistent production based player. Woods is a great player for the Rams to have as he does all of the things well which includes his ability to block as a receiver. However, he may not be a must add for your fantasy team just yet. Logically, Woods just had his only fantasy worthy game of the season and that was with Gerald Everett banged up and limited on top of the fact that Cooper Kupp didn’t see many targets at all.

If it’s a deep league picking up Woods is a no-brainer in my opinion. I think a standard league Woods you probably need to hold off on until he shows you another week or two. Lastly, a PPR league makes the most sense to add him. Woods is on the field quite a bit, 93 percent of snaps to be exact according to the snap count from this past week. Albeit Woods is likely in there more often than not because his blocking ability, it keeps him in there on running downs as well as passing downs.

My final thoughts on Woods are this. If you want a player that could possibly have a lot of upside then I wouldn’t waste your time. He’s easy to root for likely being on your team, he’s on the field more than 90 percent of the time, he has a 100-plus yard game already to his credit, he creates separation, he has nice hands and has created a nice rapport with Jared Goff. If you find yourself looking at players to pick up like RB Tarik Cohen on the Bears, RB Wendell Smallwood on the Eagles, WR Trent Taylor on the 49ers and someone like a Devin Funchess. I don’t see why you couldn’t consider Woods. If you find your team set and you really don’t think you can part with anyone I don’t think dropping a player you might not want to part with for Woods is a great decision.

Woods is owned in just 5.1 percent of ESPN Fantasy Leagues and 1.0 NFL.com Fantasy Leagues. If the Rams offense keeps this up Woods will be a viable fantasy option no matter if Cooper Kupp, Sammy Watkins, Todd Gurley, Gerald Everett and even Tavon Austin all produce.