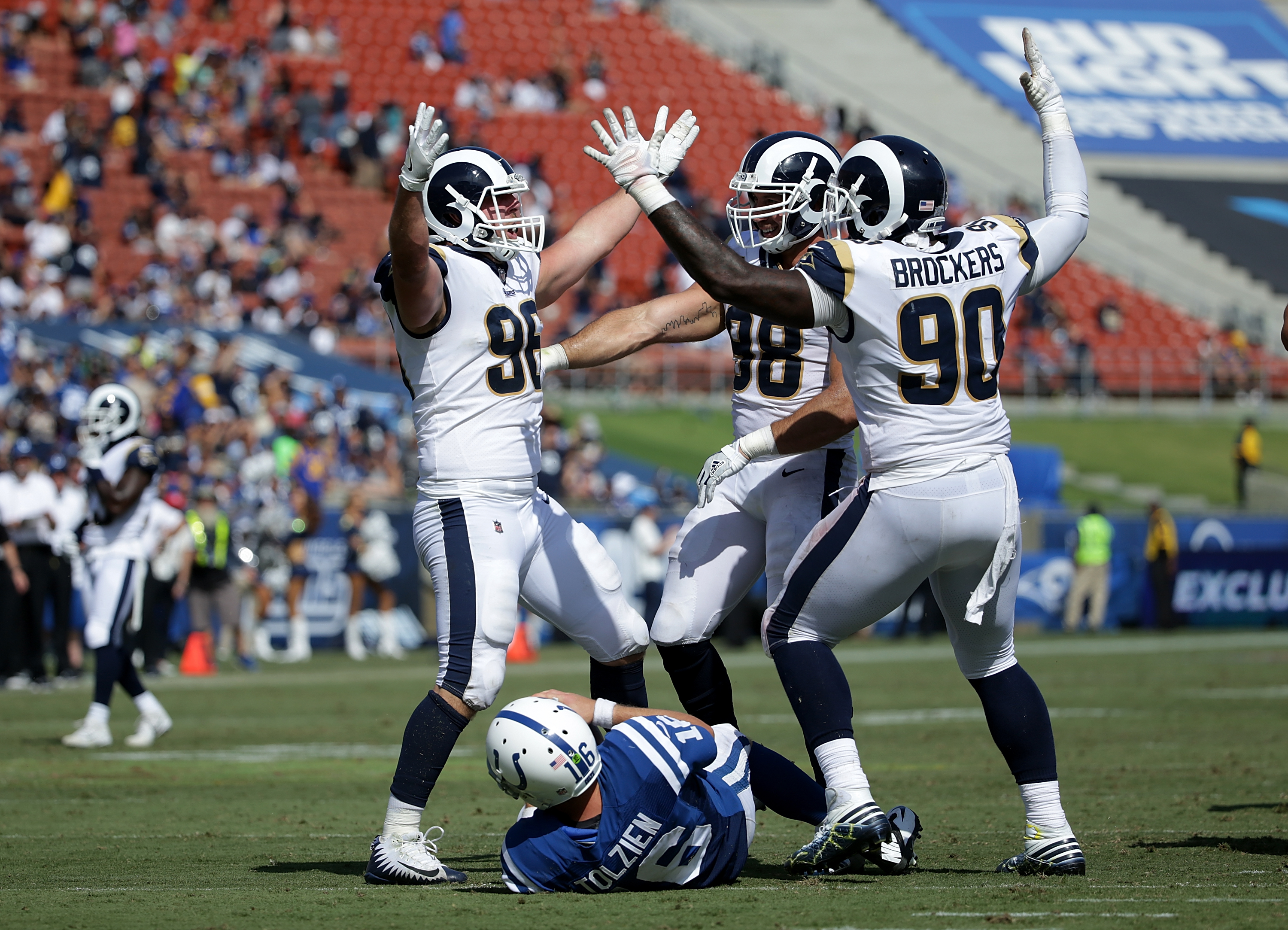 We are through three Rams games and plenty to takeaway from them, but how many of you find yourselves thinking that certain players shouldn’t be starting? Take a look at my list I made to organize who I believe is a starter now, but will not be at the end of the year. 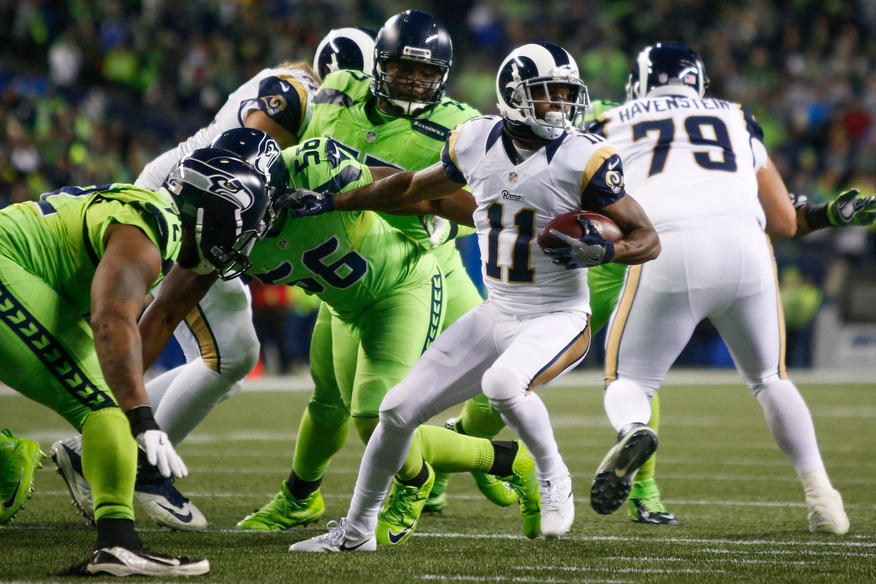 It’s sad, but I officially have given up my hope for Tavon Austin. Yes, I fell for it, I fell for him and I backed him up constantly. Now, the fact of the matter is Austin will never be anything more than a gadget player. Right now he is the starting slot receiver, that shouldn’t even be the case anymore. There is no reason why a player like Cooper Kupp should only be on the field for 60 percent of snaps. There should be no time sharing and the Rams should stop trying to get Austin involved. Three games into this season the Rams have 107 points and none of them have come from Austin. I liked Austin, but it’s time to realize he is a liability as he is playing over young weapons like Kupp, Josh Reynolds and Pharoh Cooper who seriously need to start getting their reps. 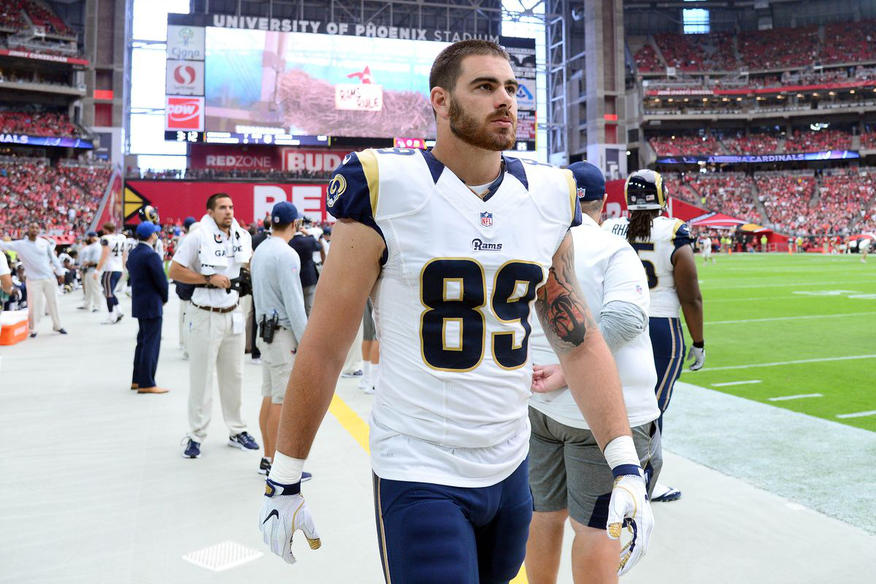 Unfortunately, Tyler Higbee, the Rams starting tight end and former fourth-round pick still looks behind. The Rams might even have two tight ends that are ahead of him on the roster and that’s not even including the injured reserved Temarrick Hemingway. Higbee continues to struggle with his drops that plagued him during training camp. Higbee is rated one of the lowest tight ends in the game according to Pro Football Focus picking up where he left off last season. Granted, Higbee is still young and only into the beginning of his second season with actual coaching, the Rams should be and will be starting Gerald Everett sooner than later. On top of that if Higbee is starting because of his blocking which isn’t great by any means, then Derek Carrier might be the best option to start moving forward. We didn’t think of it at the time, but Higbee’s drop near the goal line could have been one of the plays that ultimately left points on the board and resulted in a loss. Luckily for him the Rams came out of the game dodging disaster. 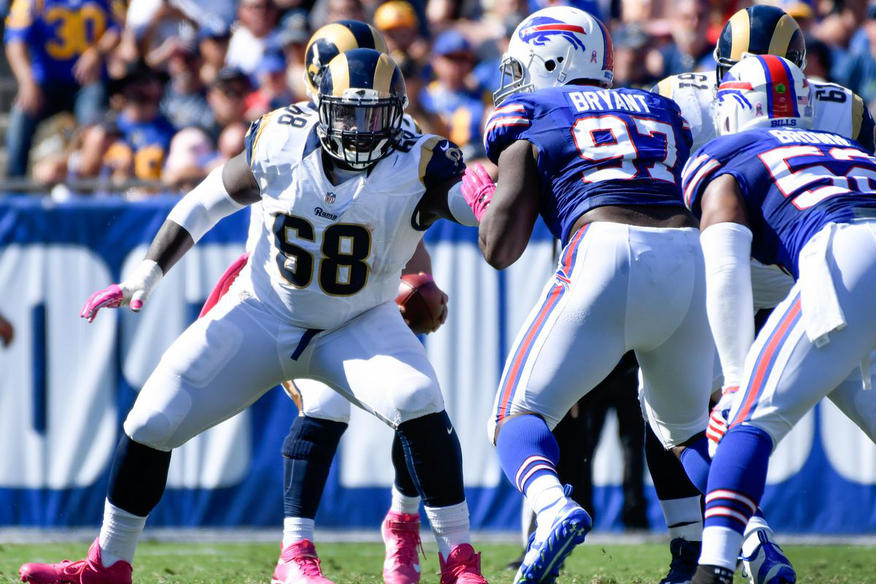 The former 2015 third-round pick Jamon Brown is just not taking that next step. Yes, the Rams offense looks awesome thus far, but that doesn’t mean there aren’t some issues on the offensive line. Brown has looked outmatched most of the time this season and it’s sad when you can say the best thing about Brown being at guard is that the Rams moved him from the tackle position. He is in no way built for a tackle and he has struggled mightily at guard. So who will replace him? The man coming back from injury that looked like the best offensive lineman in relief last season. 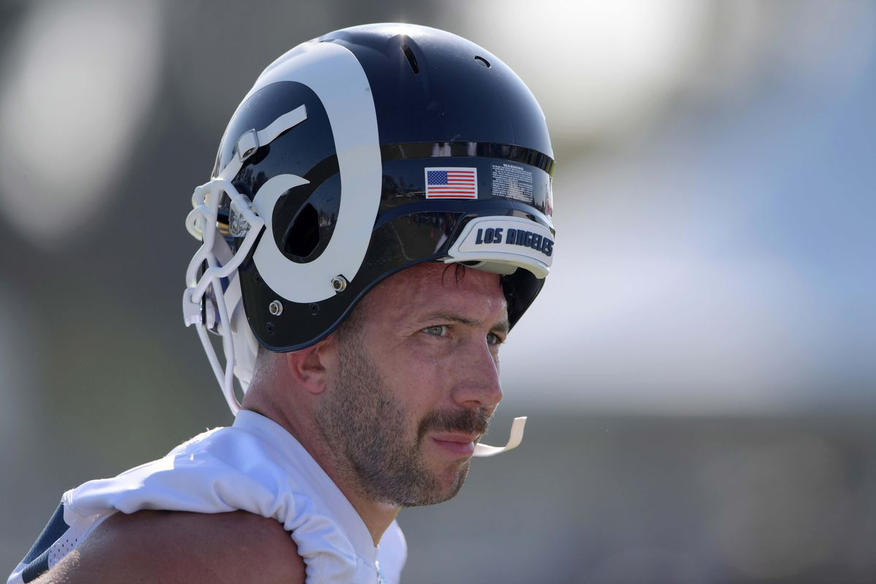 Connor Barwin started off his season being voted as a team captain, but he has since shown that he is past his prime, he’s slow and isn’t a starting caliber looking player at this point in his career anymore. I like Barwin however, the problem is he is arguably the only one in the starting lineup besides injured Kayvon Webster that has played in a 3-4. Barwin had a comeback game this week, but he still had some issues and he and Robert Quinn have had a seriously difficult time containing the edge. On the Brian Hoyer scramble touchdown in the red zone if you go back and watch the film Barwin practically gave him the touchdown by using his inside spin move that left himself with his back turned as he had to twist his body and accelerate after Hoyer. Barwin completely took himself (the only person in position to make the play) out of the play. Barwin is a good player to have and he has that familiarity with Wade, but he is in no way shape or form a strength for this Rams team outside of his experience and leadership. With both him and Quinn struggling I think Matt Longacre’s time could be coming as he is after all the top outside backer on the Rams according to Pro Football Focus.

Who are your replacements? Let us know below!