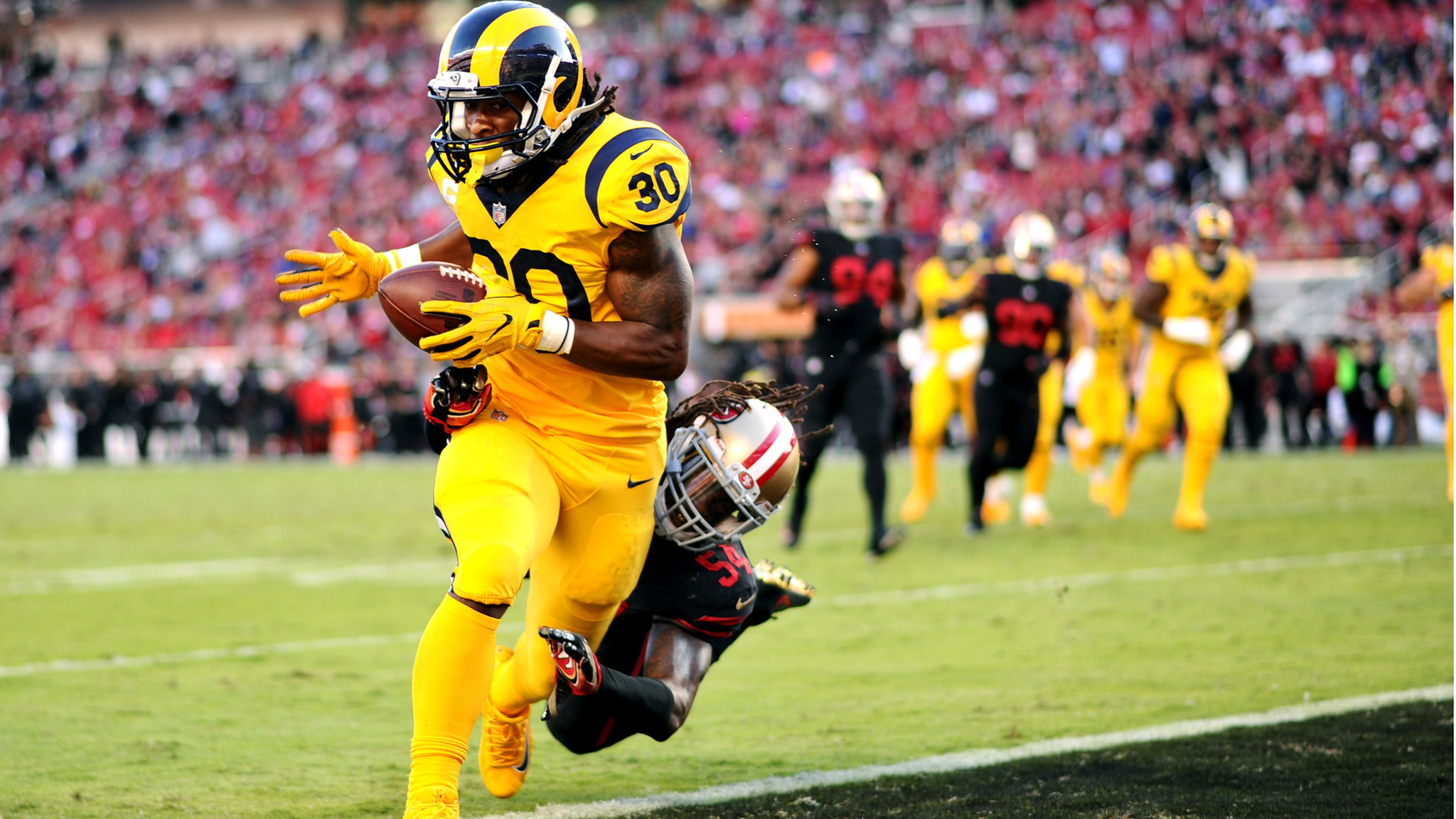 The Gurley tain is rolling now, the Rams are 2-1 and on top of the NFC West for the moment, but even better, it appears the Rams have officially gotten back their star running back.

Todd Gurley as many know and recognize has struggled since his Rookie of the Year season. It’s not often you hear fans and analysts saying things along the lines of “He needs to get back to his rookie self” but then again Gurley isn’t your everyday player. Gurley after last night’s outburst totaled three touchdowns from scrimmage in what was one of the best games of his career. Due to that giant game out of the young Rams running back, Gurley became the first player since Calvin Johnson of the Detroit Lions in 2011 to record six touchdowns in just the first three games of the season according to Adam Schefter.

As you can see, it’s not a feat that happens often, which makes many people wonder what could be next. The Rams continue on the road as they head to Dallas to take on a defense that they could very well have Gurley tear through again. The Rams are going to need this type of play out of Gurley if they want to end their long and painful 12-year playoff drought.