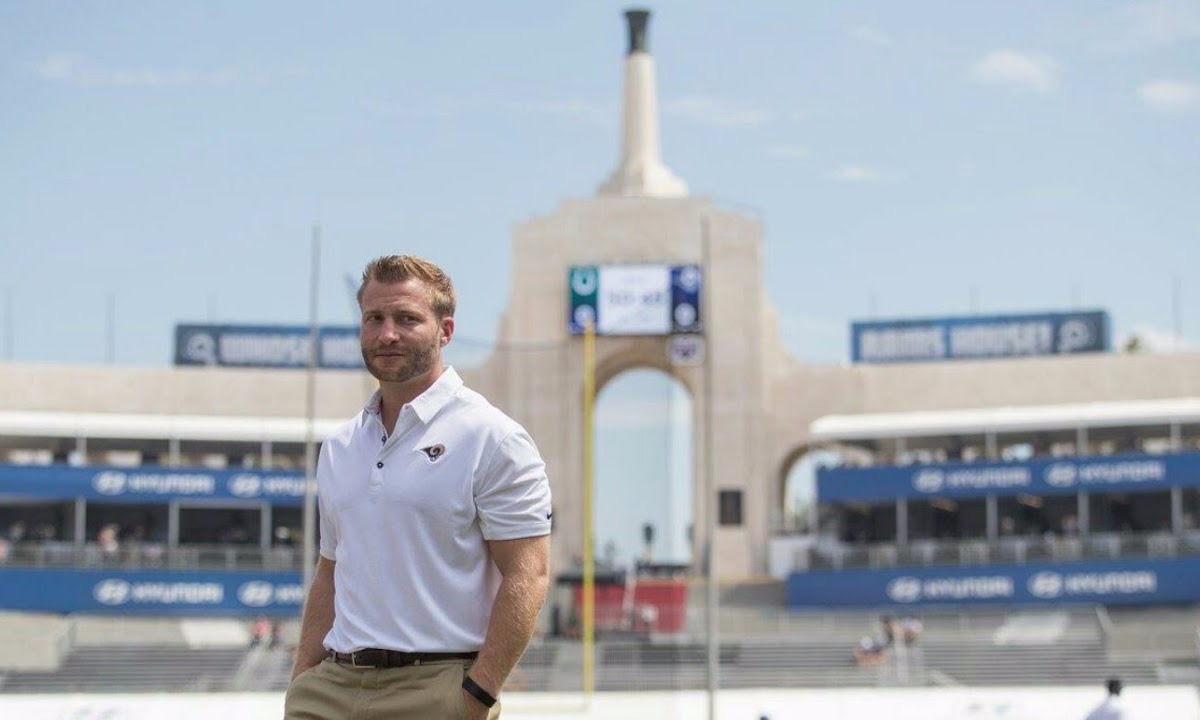 Think about sports in general for a second. You know how the New England Patriots have dominated the NFL for more than the last decade, the Golden State Warriors look primed to run the NBA for the next half decade, the Pittsburgh Penguins just won back-to-back Stanley Cups in the NHL and of course the Chicago Cubs are looking at their back-to-back championship opportunity as well. That’s all great, but the big question is “What comes next?”. All good things must indeed come to an end and while the Patriots are likely not entirely finished winning meaningful football, it’s worth noting Father Time is undefeated and Tom Brady appears to be battling that in his forties. That means others need to emerge as the face of the NFL and perhaps the next face is rather a group of “faces”.

That is right Sean McVay of the Los Angeles Rams and Kyle Shanahan of the San Francisco 49ers are next in line. Yes, these teams and coaches both need to build up their roster and grow more for sure, but the sky is truly the limit for these two individuals. Tonight, McVay faced off against Shanahan in their first head-to-head meeting as Head coaches. It will likely be the first of many match ups moving forward. The 49ers went into this tilt having just lost a heart-breaking three-point game to their rival Seattle Seahawks. Where as the Rams came off a heart-breaker of their own at home versus McVay’s old team. Both teams came in hungry for a win and the Rams came out on top. That’s right McVay 1, Shanahan 0.

Shanahan came into week three with zero wins in the NFL to his credit and was certainly looking to beat his friend McVay for his first win. Even though McVay replaced Shanahan after his departure from the Washington Redskins, he actually received a Head coaching position before Shanahan. Something that would appear interesting to McVay is the fact that he could have chose the 49ers as his team to coach, but ultimately decided the Rams were the best fit as his friend Shanahan was left with San Francisco.

Tonight, no matter how on the fence you might be with these two, this was likely the start of not only an intense intra-divisional rivalry, but even one of the biggest rivalries in the NFL for years to come. McVay likely inherited a roster that was not only better than their record in 2016, but also equipped with a potential franchise QB in Jared Goff. As we saw tonight, Goff looked like all the makings of a true number one overall pick. If you have ever listened to our podcast when we had Joe Curley on it, he consistently stressed that he didn’t feel like McVay would have taken the job if he didn’t already have a quarterback to build around. Shanahan may not have his future franchise QB even on the roster yet, but that soon could be coming and with an even bigger deal, it could be in the form of McVay’s old QB Kirk Cousins. Speculation sure has run rampant with Cousins ending up in San Fran after the season ends.

Make no mistake the 49ers are not in a bad spot right now. They are hanging tough with their two divisional rivals in the Seahawks and Rams. They are holding in tough without safety Eric Reid and linebacker Reuben Foster. Still though, even without players like that and the lack of depth on the offense, Shanahan is making the most out of having Pierre Garcon on the offense. Shanahan is continuing to get by with Brian Hoyer. As a matter of fact, the 49ers came a few plays away from stealing the win from the Rams in the later going with Hoyer at QB. Shanahan has this team fighting and with new GM John Lynch acing his first draft, there could be plenty more where that came from.

When you look at tonight’s game you see what will be a definite rivalry everyone will be tuning in for in the future. Let’s face it, in their first head-to-head action McVay and Shanahan just put on an impressive 41-39 affair in a prime time game during a short week. Do you realize that is the most points ever scored in a Thursday Night Football game? Do you also realize that the Rams offense has scored over 100 points in three games already? The 49ers are 0-3 and the Rams are rising up at 2-1, but these teams are only going to grow and this rivalry is only going to get more intensified and more important as the years go by. What we saw Thursday Night was a preview into the future of the NFL. A future in which the Rams and 49ers could be battling for the NFC championship every single year.