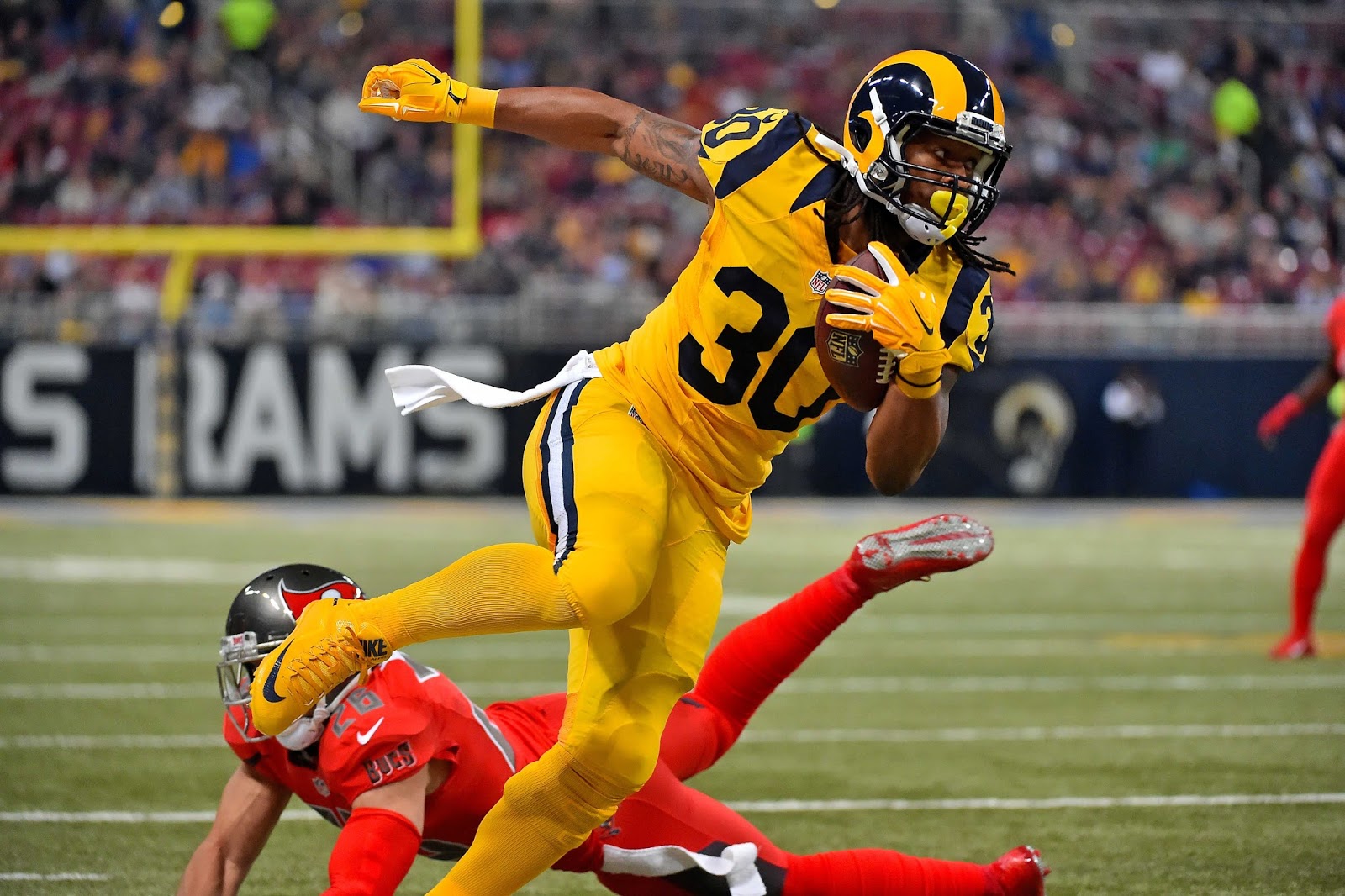 After suffering a disappointing loss against the Washington Redskins on Sunday, the Rams travel north to Santa Clara on a short week to face off against the 49ers in a divisional match-up.

This game means a lot for the Rams. Last season, the games the Rams played against the 49ers represented the only two wins that San Francisco achieved last year. This year, in order for the Rams to be taken seriously in the division and by anyone, they must beat the 49ers.

This game is likely going to come down to who can run the ball best. Sean McVay took responsibility for getting away from the run last week, and not allowing the offense to get in a rhythm, and Wade Phillips explained that it is players learning new roles and positions in his defense that was responsible for allowing 229 yards on the ground last week. That run defense will face off against Carlos Hyde, who totaled 124 rushing yards last week against the Seahawks defense. This will be a big game for the defense to show that it can adjust to the failings of a week ago. Todd Gurley will run against a 49ers run defense that has only fared a little better than the Rams, and will try to build off of the electrifying performance he gave in the Coliseum on Sunday.

Jared Goff is still playing well, even if he made some mistakes last week. He faces a fierce group of young pass rushers, and will need to get rid of the ball quickly. The 49ers defense has played well, allowing an average of 17.5 points in their first two games, and just under 300 yards per game. If Goff takes what the defense gives him, and doesn’t stare down his receivers, the Rams should be able to put points on the board.

When it comes down to it, the 49ers offense is one of the worst in the league, ranking last in yards per game, and only averaging 6 points per game. Brian Hoyer has been awful, despite working with a retooled receiving corps and one of the league’s premier offensive minds in Kyle Shanahan. If the 49ers continue to be allergic to the end zone, the Rams should be able to make enough plays to win.

This game will be the first match-up between the NFL’s youngest head coaches, McVay and Shanahan. They worked together in Washington while McVay was working as a Tight Ends coach, and will now meet as divisional rivals.