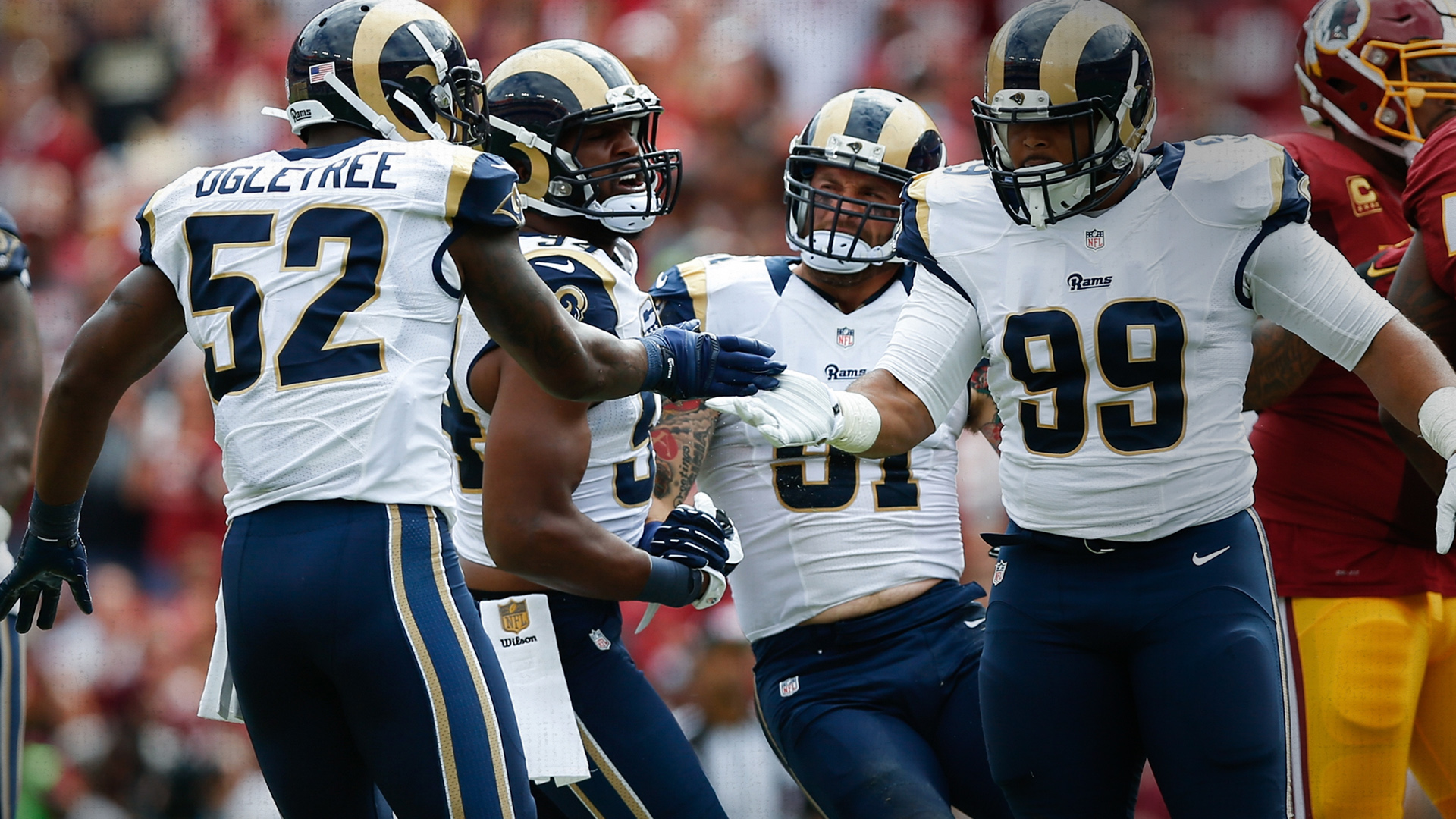 We are a couple of days away for the Rams meeting with the Redskins at the Coliseum. Here are the storylines to watch heading into what should be a pivotal game for the Rams.

Aaron Donald’s return to the field

Aaron Donald is back for the Los Angeles Rams this Sunday in a game they likely will need him for. It’s not like the Rams are playing the Colts again, no the Rams are playing a team that has a top 10 QB in Kirk Cousins. Donald’s presence will be known almost immediately and just by having a player of Donald’s caliber in the lineup, his teammates jobs will be way easier. Donald is consistently double-teamed and even triple-teamed at times, but can you really do something like that when the Rams have a healthy group of players like Michael Brockers, Robert Quinn, Connor Barwin, Ethan Westbrooks and Tanzel Smart among others? Answer? No, you can’t. It’s that simple and just like how Odell Beckham Jr. means the world to the Giants offense, Donald means big things for the Rams defense. The Rams defense is still good without Donald, but once you insert that freak show in the lineup all bets are officially off.

In case you have been living under a rock, Sean McVay moved on from the Washington Redskins organization to become the youngest Head coach in NFL history for the L.A. Rams. Well, he is now facing the same team he left, this time on his own field and with some old faces from Washington. Those faces include former defensive backs coach Aubrey Pleasant & former defensive coordinator Joe Barry. McVay, after last week’s demolition of the Colts that went to the tune of 46 points looks to have his team in order. It’s McVay’s young Rams team that are as hot as a team can be coming out of opening day versus his old boss and friend’s team that is off to a rough start losing their first game by almost a two touchdown deficit. Probably would be the top storyline if the Rams best player hadn’t just returned from his long holdout.

Perhaps the best matchups of the day besides watching Robert Quinn vs. Trent Williams are the cornerback/wide receiver matchups. We do not know what will officially be the case with the status of Kayvon Webster in doubt, but if Webster plays you can expect Nickell Robey-Coleman to face one of the better slot receivers in the league Jamison Crowder. After that though it only gets better with Johnson covering Pryor and Watkins being shadowed by Norman. One can assume that Bashaud Breeland will be in charge of stopping Rams rookie budding sensation Cooper Kupp as well. These are just the facts, the WR/CB matchups have must-watch written all over them.

Can Todd Gurley get going?

It’s been the question since his rookie season. Can Todd Gurley get going? We don’t know, while Gurley last week looked great receiving out of the backfield, he still was unable to run for any yards. His sub 2.5 yards per carry was alarming against a team like the Colts. Gurley will need to take the pressure off of second-year QB Jared Goff who might not have the clean pocket he had a week ago and he might not have the receivers creating separation like they did last week either. The game could hinge on Gurley’s ability to get the run going and opening up the playbook and the opportunities for Goff.

Are the Rams for real and does a victory Sunday versus the Redskins prove anything?

This is the biggest question. If the Rams defeat McVay’s old team does it mean anything? After all, that would mean the Rams took down an 0-2 team. Not exactly that impressive, but what about if the Rams were to come in and set the tone with a victory margin of two touchdowns? Still no? Honestly, as nice as it sounds being a Rams fan and calling the Rams a legit playoff team, we likely will not know until week four when the Rams march into Jerry World and play the Dallas Cowboys who are a year removed from winning 13 games. That is likely the key barometer moving forward for the Rams. However, a loss to the Redskins in blowout fashion would likely prove that the Rams just beat down on probably the worst team in the NFL. It’s important to temper expectations, but regardless of how big a Rams win is versus the Washington Redskins, if it is in fact a win. The Rams will be 2-0 and two wins away from matching their last season total with a completely new coaching staff and new personnel. That is not to say 4-12 should be the goal, but it’s to show how far the Rams likely have come in such a short time. Make no mistake about it though, week two is bigger than just one football game. It may not decide if the Rams are for real or not seeing as it’s only week two, but it will provide clarity as to where the Rams are possibly headed week-to-week.

What are your storylines to watch this weekend? Let us know!