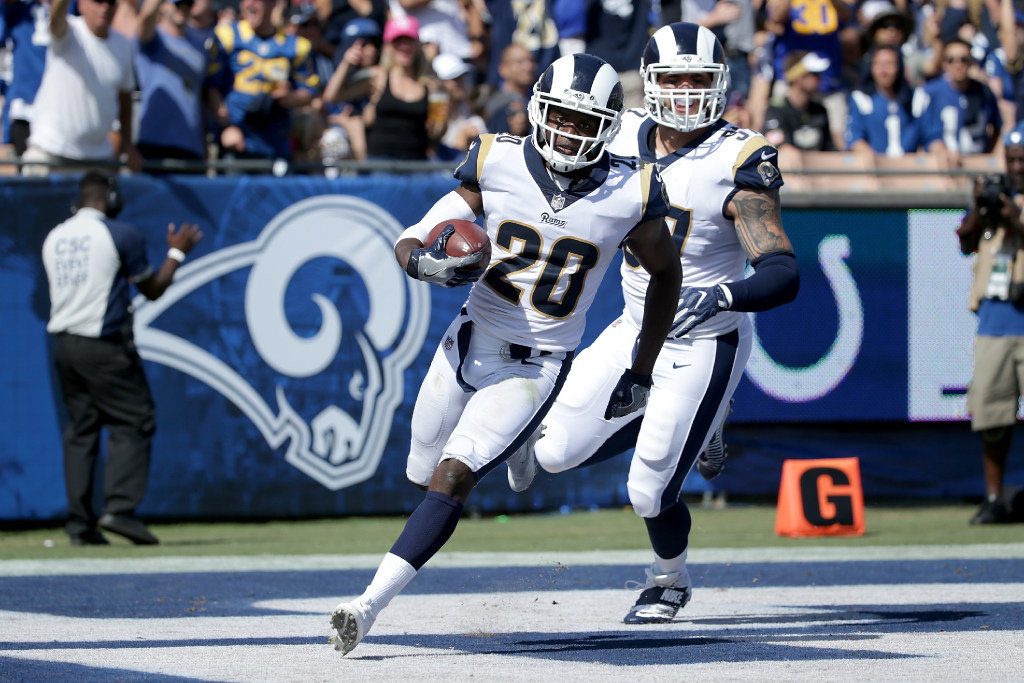 It was quite the dominant opener for the Rams, who continued to tee off of the battered Colts in a 46-9 destruction. New Rams starting free safety LaMarcus Joyner played a pivotal role in that with his spectacular play in his new role.

Joyner was nothing short of excellent this week after he switched from a career nickel cornerback to the free safety position. It’s early, by early I mean extremely early, but this position switch could mean the Rams possibly have their “Honey Badger”. Joyner finished the day with four solo tackles, two pass breakups and a pick-six. To cap off an excellent day at the office, Pro Football Focus graded Joyner’s play at a 93.1 overall that puts him as the top graded at not only safety, but as the top overall defensive back.

Obviously it’s imperative to temper expectations seeing as he was in charge of defending against a career backup QB Scott Tolzien and a QB that came in towards the end who had only been with the team for eight days to that point. Joyner will likely have a way tougher competition in the form of Pro Bowl QB Kirk Cousins next week versus the Washington Redskins. If Joyner can keep this going this Rams secondary will start to look fierce moving forward. Between both Trumaine Johnson and Joyner showing up in the end zone and terrorizing the QB, this could be a scary secondary incoming for the rest of the league.

Clearly, the Wade Phillips effect is alive and well. The Rams will need more of this elite play out of LaMarcus Joyner moving forward, but for now this is a serious foundation to build off of.