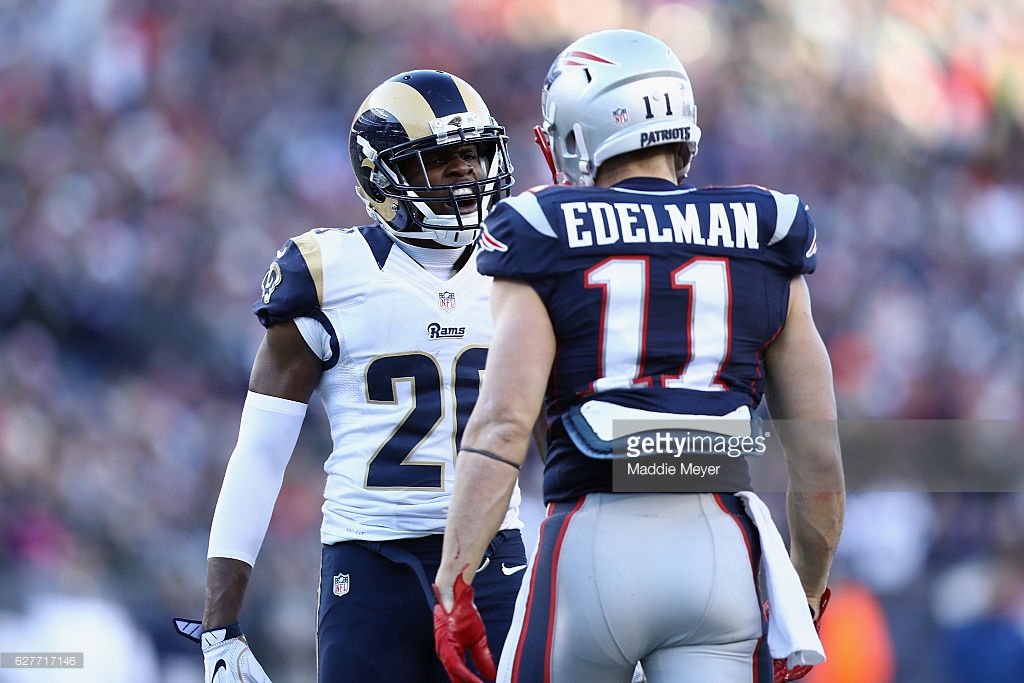 It is no secret that Wade Phillips is a genius. He has a track record of finding under the radar guys and putting them in positions to maximize their potential and make an impact on his defense. The newest and for my money, most exciting piece that Phillips has to play with on the Rams Roster, also happens to be the shortest.

If you watched the Colts game you know who I am talking about, Lamarcus Joyner. He is by no means a rookie or new face to the Rams organization but he has worked his way up the depth chart and caught the eyes of the new coaching staff enough to be given the starting nod in week 1. Coming in at 5 feet 8 inches tall and 184 pounds, Joyner is short but not small. With 31.5 inch arms and 9.5 inch hands, he brings above average length to the position. Athletically speaking he is no slouch either. Running a 4.55 40, jumping 37.5 inches and benching 225 14 times, Joyner has proven he has the measurable to make plays in the NFL. (I understand the 40 time may be a tick slower than you would want, but his vertical and shuttle times show he is quicker than fast, which in my book, is worth more in the NFL than straight line speed as a coverage guy) Wade Phillips moved Joyner all over the field and Joyner rewarded him by making plays. Was it a severely depleted colts offense? Yes, but he made the plays when they came to him and returned a pick for a TD, all the while looking ferocious in his tackle attempts and instinctive on his coverage snaps.

My favorite thing about Joyner’s game is his instincts. Rarely do you see him get caught hesitating to react to what he sees developing in front of him. While this may cause him to bite on some plays and get out of position at times but I think he has the smarts to make the right decision more often than not. I am ecstatic to continue to watch how Phillips implements Joyner on this Rams defense and see how Joyner handles the responsibility of being a fluid chess piece for Wade Phillips to play all over, whether it be as a Blitzer, in the slot or playing free safety. Keep an eye out for Joyner and the different roles he plays in his next game, I only expect him to get more opportunities to make plays. He finished the Colts game with 4 total tackles, an INT and a PBU.