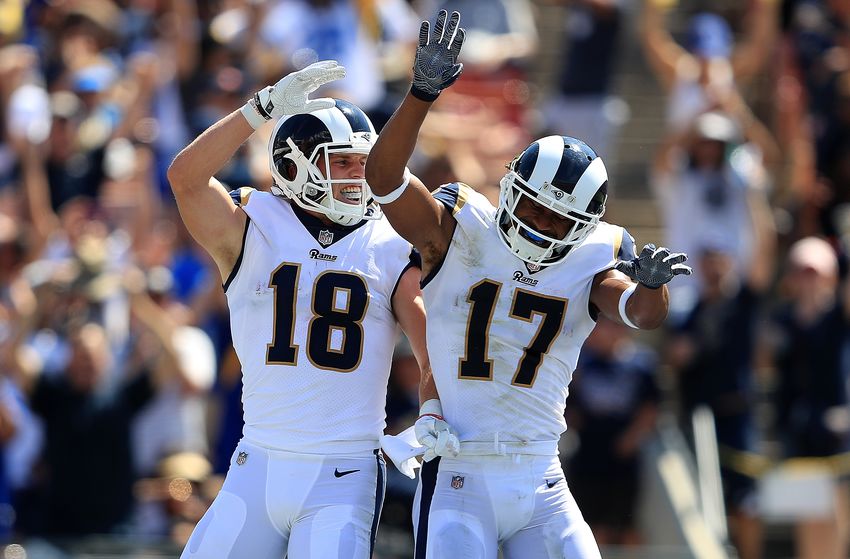 Today we saw the dawn of a new era in Los Angeles and Rams football. Here are my five takeaways from what can only be called a “dream” scenario.

Coaching changes have made a big-time difference 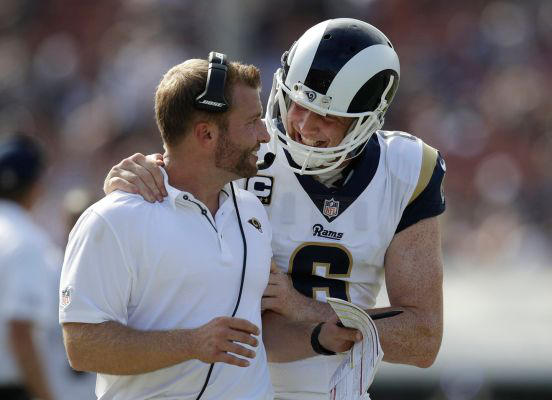 It has only been one game on the season, but the Rams look night and day better compared to last year. The Rams defense has that same aggression that ex-defensive coordinator Gregg Williams brought to the table, but more discipline and strategy behind the aggression. New defensive coordinator Wade Phillips has the defense at the highest confidence level Rams fans have seen. Sean McVay, Matt LaFleur and Greg Olson seem to have been the perfect trio to “fix” Jared Goff. That “fixing” led to the best performance of Goff’s young career. While the Rams didn’t make a change at special teams coordinator, it’s worth mentioning that Coach John “Bones” Fassel is the best at his job. Fassel took a new look on special teams and continued to assert his dominance with stellar special teams play all throughout this contest. Lastly, defensive line coach Bill Johnson seemed to have helped develop players like Tanzel Smart and Ethan Westbrooks on the line. If this was a report card, the new coaches would undoubtedly receive an A+ grade. 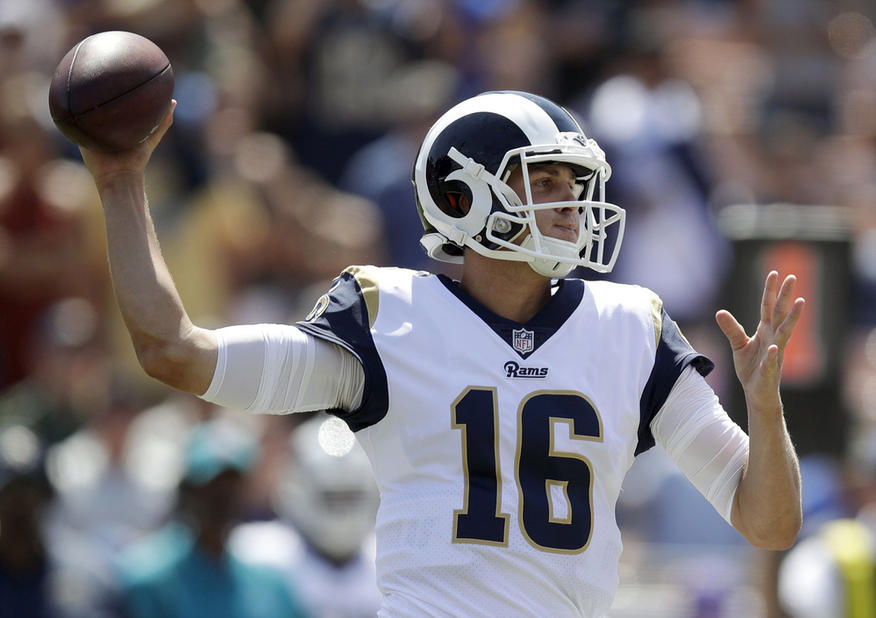 Jared Goff got his first win in his career and it only took him eight games. However, it only took him one regular season game under new 31-year old Head coach Sean McVay to pick up a win. Goff clearly seemed comfortable, confident and took the bull by the horns today in the pocket. Goff on numerous occasions surveyed the field, went through his progressions, stepped up in the pocket, left the pocket, looked for the best option and led a young Rams team that needed leading on offense. Yes, it was all against a weak defense in the Indianapolis Colts, but what Goff did throwing for over 300 yards for the first time in his career and completing 21 of 29 passes for a touchdown was indeed impressive.

What Goff did even without being able to establish the run and open up the field was impressive. Goff for the most part was on his own today and he responded to it well. He continued to spread the ball around at will and got pretty much the entire bunch of offensive playmakers involved. It’s become clear that the Rams may have to consider their identity as a pass-first team if Goff continues to build off of this performance and if Todd Gurley is unable to get the running game going. 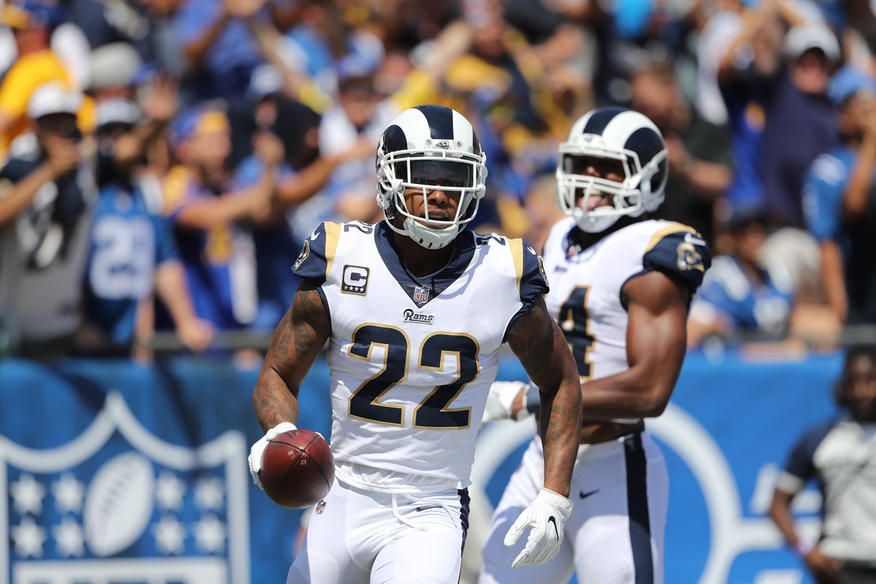 Sure, this is a bold statement, but the Rams made a bold statement themselves. I don’t care who you play, when an NFL team scores 16 points from their defense and is a total thorn in the side of an NFL offense, it’s safe to say they are going to likely dominate the league. Trumaine Johnson and LaMarcus Joyner scored on two pick six’s, the Rams defense combined for four sacks, nine tackles for a loss, five quarterback hits and six pass breakups. This isn’t a completely different personnel than what Williams had to work with last year, but Phillips has found ways to get the most out of his players. It definitely helps having players like Nickell Robey-Coleman, Kayvon Webster and Connor Barwin being brought in via free agency.

The Rams aren’t just going to stop playing the fire and intensity they did Sunday, which is why they will be one of the top defenses at the end of the season. This was only the first time the defense had all played together in a game situation as the majority of the defense was held out of preseason. Speaking holdouts, Aaron Donald didn’t even play and you saw what the Rams accomplished without him. With him? Oh my. 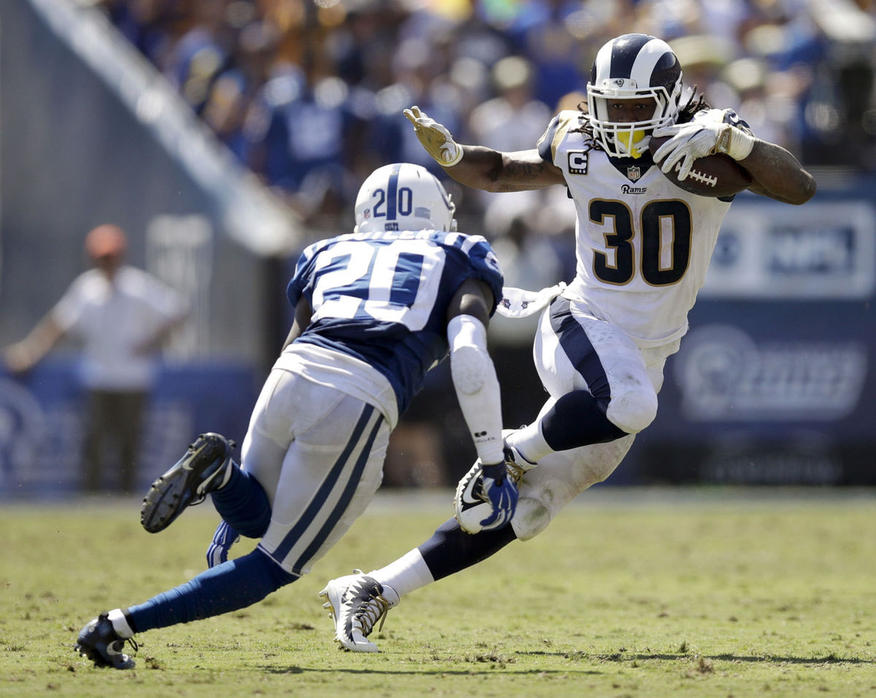 We aren’t exactly sure when it’s reasonable to start to panic a little bit about Todd Gurley. Yes, he was a productive pass catcher today going for 56 yards receiving on five receptions. However, averaging 2.1 yards per carry just isn’t a starting caliber average. It’s not like this Colts defense is stout either. This should have been a confidence building game for Gurley. Unfortunately, it wasn’t a good showing out of Gurley and he is likely going to have to turn it around in a hurry to help out Goff against stronger opponents like the Redskins this Sunday. 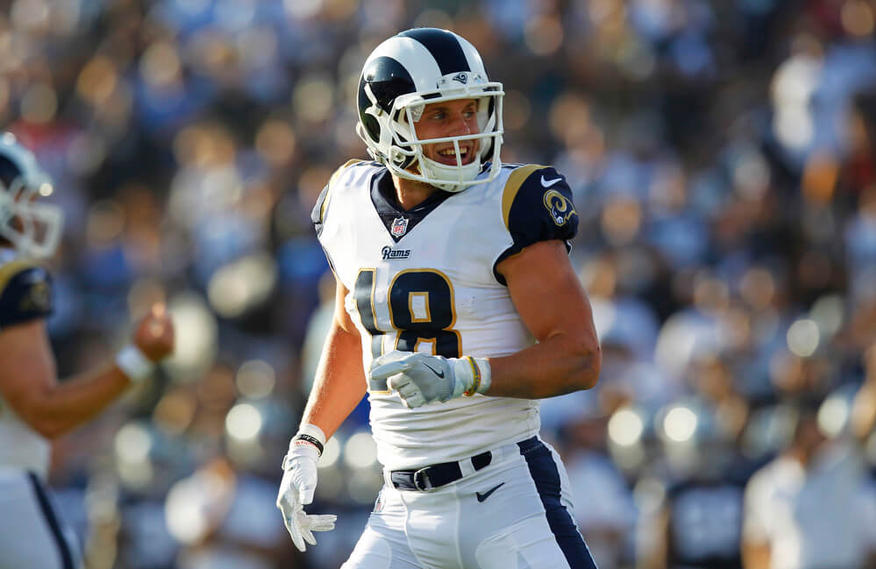 Bold statement? Sure. However, it makes sense. The Rams literally have Sammy Watkins, Cooper Kupp, Robert Woods, Tavon Austin, Josh Reynolds, Pharoh Cooper and even Mike Thomas when he comes back at the position. There is no way that the Rams have had more talent than that in their receiver room since at least the years of Torry Holt and Isaac Bruce. It’s really not even close and it’s showing up for Goff. The receivers just have no problem creating space and getting open for their young QB. Kupp already looks like a future 100-catch receiver, Watkins looks primed to be the star receiver like he was supposed to be in Buffalo, Woods already looks like the stereotypical do-it-all receiver, Austin looks like the RB/WR hybrid and Reynolds looks like a potential deep threat and red zone specialist this season with some serious starting upside moving forward. Bottom line is that the Rams fixed one of the weakest positions of their team in one off-season and that is just beyond impressive.

Those are my five takeaways. but what did you takeaway from the game? Let us know!