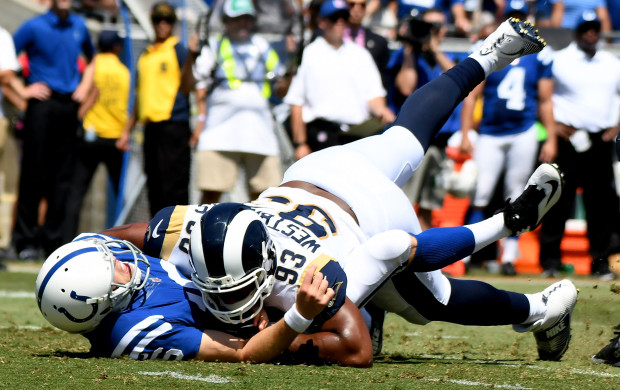 The Rams apparently are celebrating victory Monday in a whole new way. The team has decided to extend their defensive end Ethan Westbrooks for another year, but they have also received word that Westbrooks will take a paycut this season according to NFL Network’s Ian Rapoport.

This move comes after Westbrooks had himself a solid performance in his start in place of injured DE Dominique Easley. It’s apparent the Rams wanted to keep Westbrooks around, but they clearly felt as though they needed to free up some space and it appears they made a deal with Westbrooks to do that.

It’s uncertain what the Rams next move will be as this doesn’t even free up a million dollars, but the Rams are likely shedding whatever they can to try and lock up not only Aaron Donald, but Sammy Watkins, LaMarcus Joyner and Alec Ogletree as well.