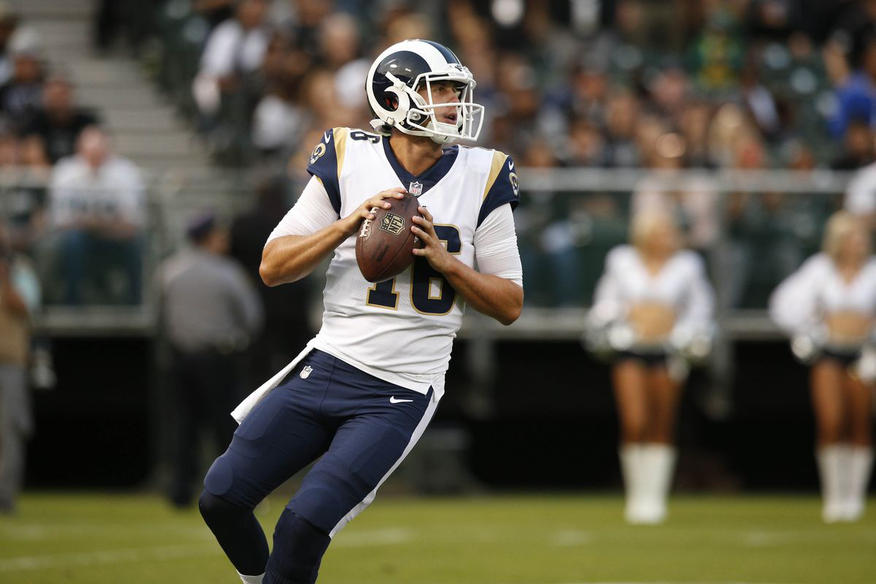 This is a short series in which I will go over some of the top faces on the Rams and predict their stat line. In this first piece we start with Rams hopeful franchise QB Jared Goff.

Goff is going into what many are calling his true rookie year. Yes, it’s his second year, but it’s important to keep in mind he needed to be re-programmed with Head coach Sean McVay’s new system. Once he fully understands all of the verbiage and terminology thrown at him he should be good to go out and play. Well, I believe that’s already happened and Goff is in fact ready to play this Sunday at a higher level than most are buying into.

High for Goff? Nope, I don’t believe this is too high for Goff. Don’t forget the Rams have some reason they spent a first-overall pick on this young QB. Goff can play, let’s not forget the fact he’s been surrounded by non-offensive minds or even if you call them offensive-minds, they weren’t creative. Goff now is about to play a season under the type of group Carson Wentz played under. There is a good chance with the additions of star WR Sammy Watkins, reliable do-it-all WR Robert Woods and Mr. Reliability in Cooper Kupp, the Rams may have given Goff too many weapons to not succeed.

Think about this, ex-Rams QB Sam Bradford throw for over 3,700 yards passing in a season so it’s not unheard of. Goff likely has a higher ceiling than Bradford did anyway. I believe that even besides what Goff does, the defense will cause enough turnovers to keep the offense on the field longer than usual.