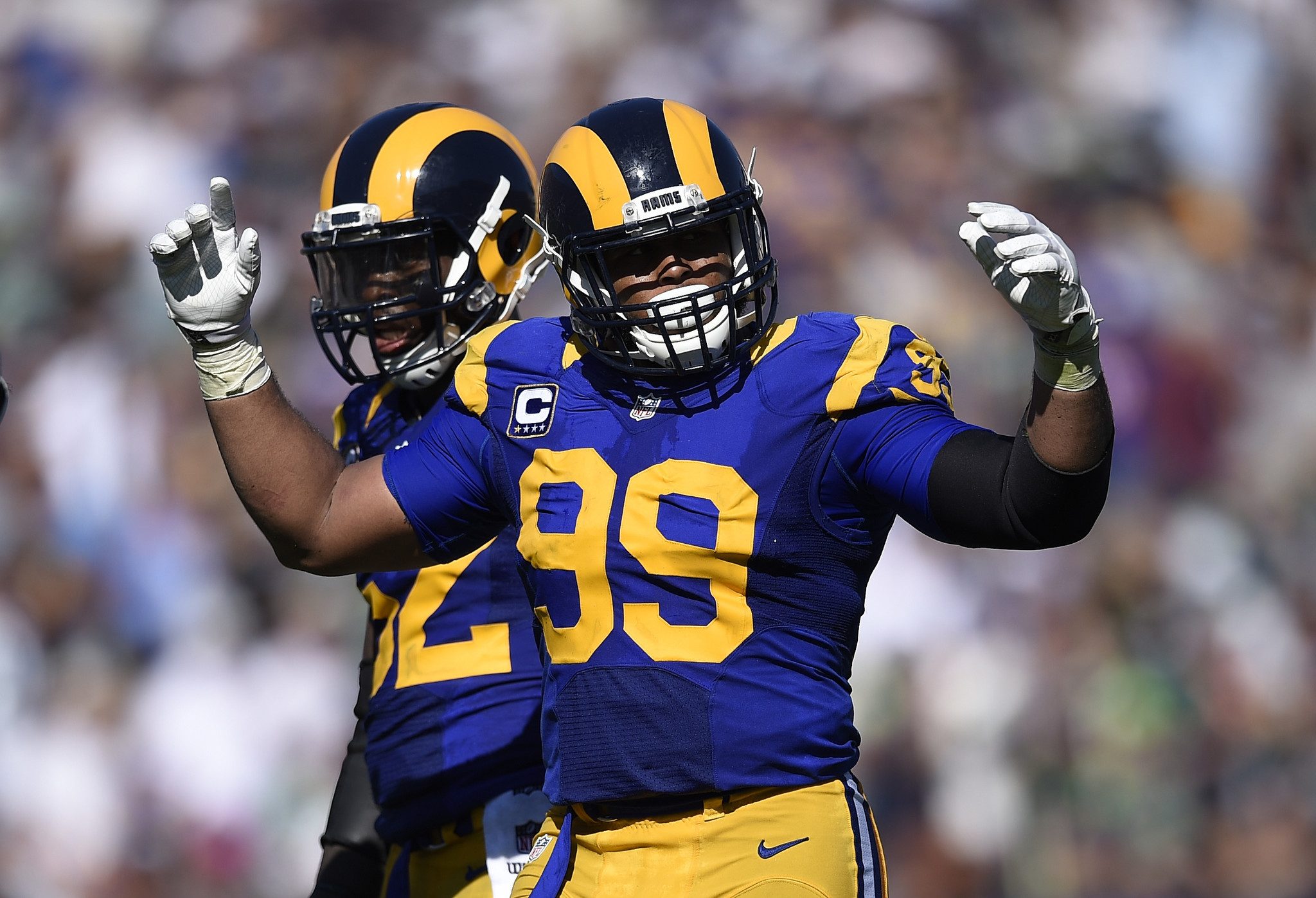 The long wait is over. One day before the Rams season opener against the Indianapolis Colts, Aaron Donald has returned to the Los Angeles Rams after holding out all preseason. Since he missed all of training camp and only now passed his team physical, he will not be playing against the Colts tomorrow.

Every Rams fan has been awaiting Donald’s return, and today it has come. Aaron Donald’s work ethic has never been questioned, so it comes as no surprise that he passed his physical when he arrived at team facilities. ESPN’s Adam Schefter also reports that Donald returns without the new contract he held out for, but that the Rams and Donald will continue to negotiate a long term deal.

It is best for the long term relationship between the Rams and their star defensive tackle that the two camps will continue to negotiate, but with Donald in uniform, continuing to prove why he deserves to be the highest paid defensive player in the league.

While the Rams have yet to comment, given the team’s reluctance this week to write Donald off for tomorrow’s match-up, it is likely that he will be available in some capacity to open the season against the Washington Redskins in week two.