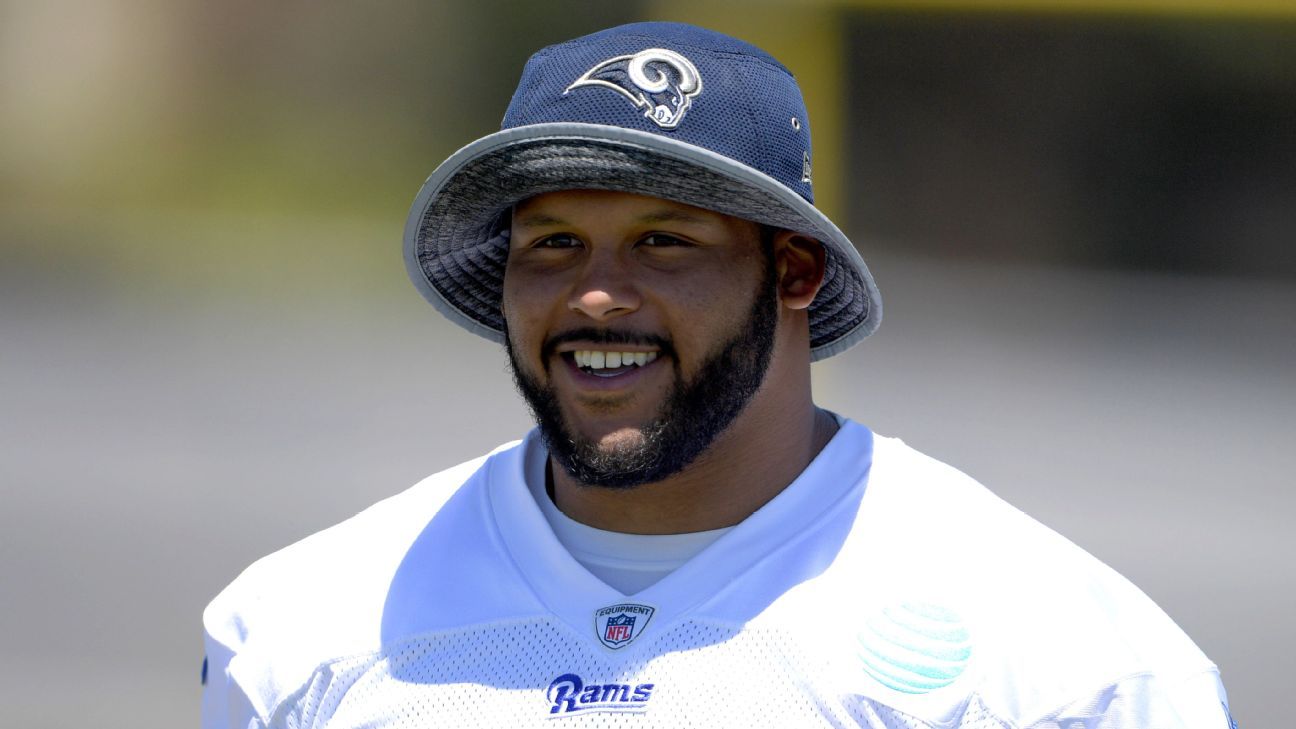 Finally, the Rams worst case scenario has become a reality. Their star defensive lineman Aaron Donald will officially miss week one of the NFL season due to his lengthy holdout.

In his place the Rams will deploy their sixth-round rookie Tanzel Smart, who has shown the team signs of encouragement, but is clearly not the player Donald is. Luckily for the Rams, they open up the season in Los Angeles and against the Andrew Luck-less Indianapolis Colts. Not even just Luck-less, but the Colts also are missing stud starting center Ryan Kelly in which they will replace him with an undrafted rookie Deyshawn Bond and Rashaan Melvin in place of star cornerback Vontae Davis.

Rams fans will likely find themselves wondering when a Donald return is in the realm of possibility. Unfortunately, money talks and because of Donald’s path to being paid, we have no way of detecting when Donald will come back to his team. Donald was in attendance for mini-camp, but once the OTAs (Organized team activities)  came Donald was nowhere to be seen. That continued on into training camp and now the regular season. It’s been confirmed that Donald has turn down substantial offers that would have made him the highest paid defensive lineman in the league.

Donald’s agent Todd France may have pulled one over big time on the Los Angeles Rams after he helped his client Fletcher Cox sign a 6 year, $102 million deal at the beginning of this off-season. That signing also meant that Cox would have an opt-out clause in his contract being able to opt out in 2020. France has of course taken his work of Cox and has used it for his even better client Donald. The negotiations were rumored to have included Aaron Donald’s contract be at 6 years, $120 million, but also include an opt-out clause similar to Cox.

It’s becoming a little interesting and almost leaving you wonder if Donald sits out most of the season. Per the NFL rules, Donald only has to play six games to receive an accrued year towards free agency. Donald literally could wait until week 11 and play until week 17 and he would be eligible as unfair as that sounds. Donald is definitely testing the organization and the fan base overall.