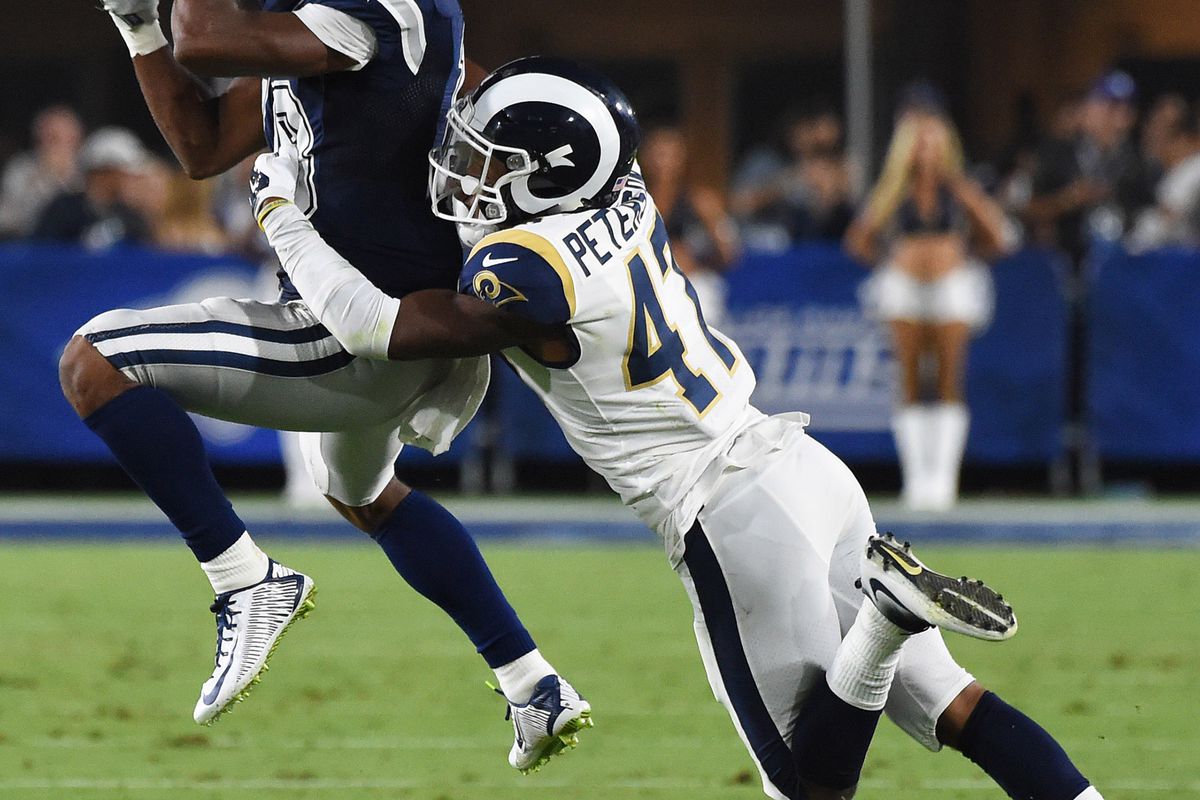 The move is a little shocking for Trinca-Pasat who was just brought back yesterday. The Rams definitely are not the safest home for any player to play as they continue to make evaluations and plenty roster maneuvers stemming from the evaluations to get the best group of men on the football team.

As for Peterson and Mundt, it is definitely a breath of fresh air to be back in the building they spent all summer in. Both men know what it’s like to make the team and then get cut from it shortly after so it’s safe to imagine both players will seriously be itching to get back to where they were. Peterson is the only cornerback on the roster which means any injury could put him right back on the 53, where as Mundt is the second tight end on the practice squad with Travis Wilson, which shows us there could be some competition there should the Rams decide they want a fourth tight end again.

Expect to see Peterson back very soon, the claiming of three players that weren’t in your building all off-season could very well signal it’s that of a tryout. The Rams could simply be trying out Aaron Neary and Quinton Jefferson, two men they took off of the waiver wire. Of course Aaron Donald’s return dictates a lot as well. For now, it looks like Peterson will have to wait until his number is called again.