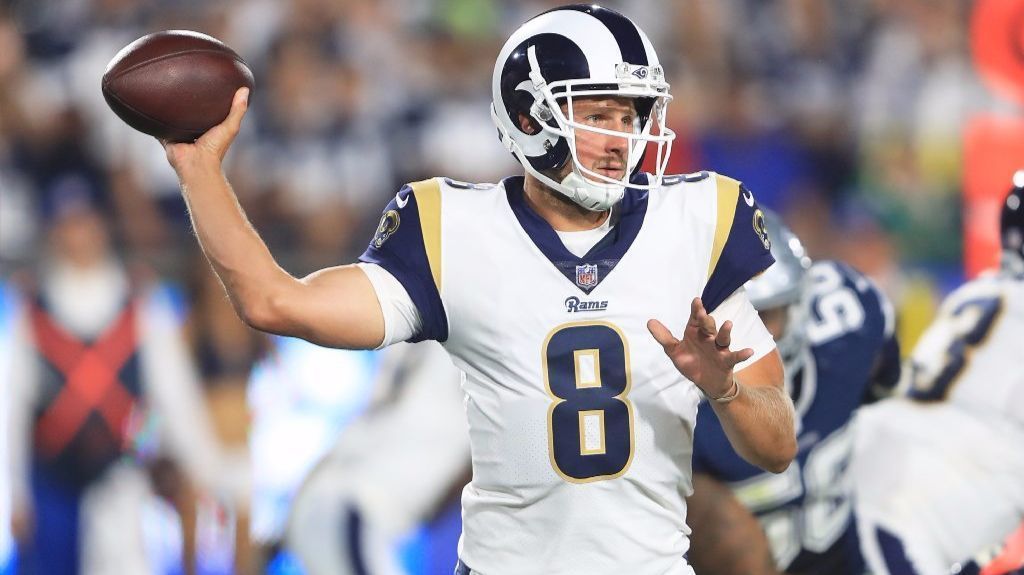 The Rams released Dan Orlovsky this past weekend. After the release and during the post-cutdown day press conference, Rams Head coach Sean McVay spoke on the possibility of bringing Orlovsky back in the building as a QB mentor to young QB’s Jared Goff and Sean Mannion.

Well, that was until the Rams found Brandon Allen on the waiver wire and claimed in on Monday. The Rams plans changed, it’s the NFL and it happens a lot. However, Orlovsky, a career backup and one that struggled mightily in his preseason finale start in Green Bay tweeted this out.

Unfortunately a career veteran backup QB took to social media to release his frustrations out to the world. It’s not the first time McVay has been ripped for something (see Mike Martz) and it certainly won’t be the last. However, it’s kind of sad to see someone who has been in the league for years not recognize a business decision when it occurs. Bottom line is that the Rams originally planned to bring back Orlovsky, but then a better offer and an offer they couldn’t refuse was presented to them.

In all seriousness everyone makes mistakes and Orlovsky might have made one that was straight off of impulse. However, in a sense that Allen is not a shoe-in for the Rams moving forward and could be cut if he doesn’t perform to the level they expect and want to see in practice. It certainly hurts an unemployed QB’s chance of being his replacement now after likely burning bridges with the organization and coach McVay who just spoke extremely high of him this past weekend.

UPDATE: Orlovsky has tweeted out and said that the Rams were not what his previous tweet was about and that they were great to him. Take this however you will. He could be telling the truth or he could be trying to easily back out after he was caught. I guess we will never truly know…