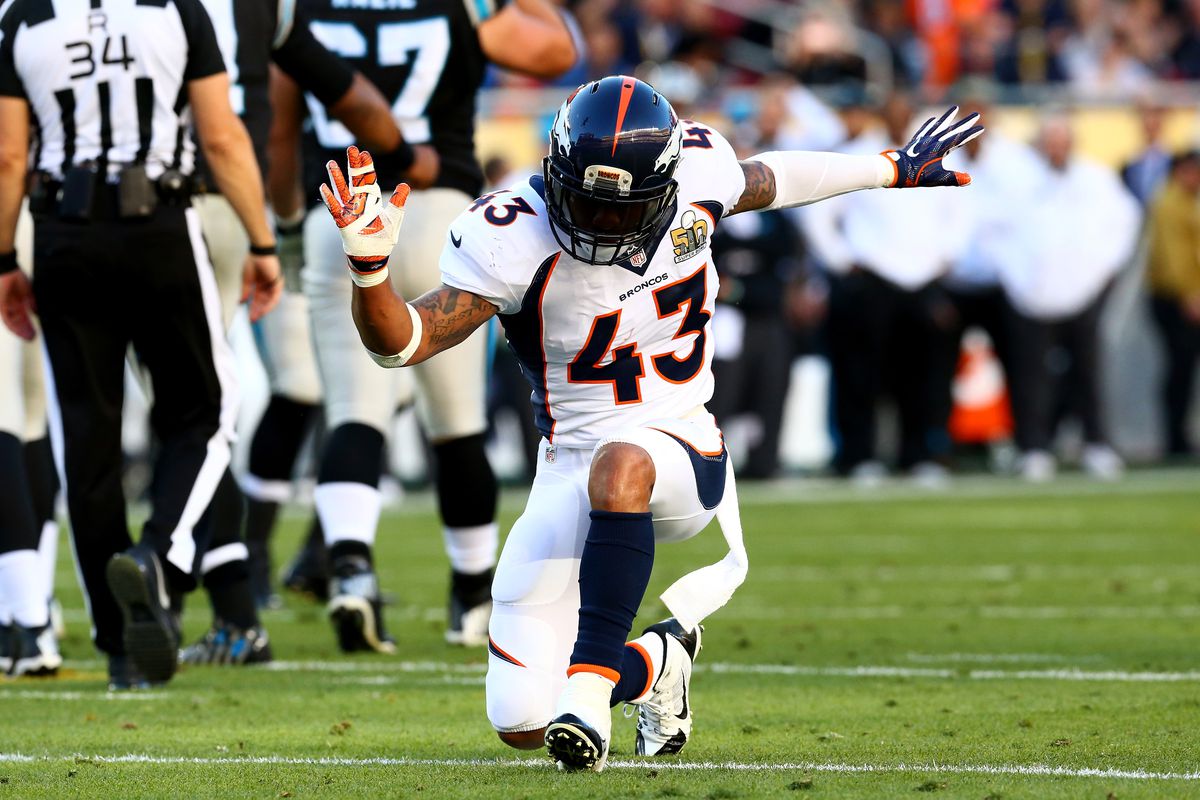 Throughout the week Denver Broncos S T.J. Ward has been in all sorts of trade rumors, but now he’s been cut today and the Los Angeles Rams with his old defensive coordinator Wade Phillips, could be the favorite.

Eric Edholm of Pro Football Weekly and FanRag Sports tweeted out this on Ward and the Rams.

While he mentions the Rams as the team to keep an eye on, he does also mention multiple teams. To counter that Ward as previously mentioned, has experience and has success playing under Wade Phillips who is now with the Rams. The Rams might be interested in Ward for a short-term deal to pair with him in the secondary with his former teammate Kayvon Webster. Would Ward start instantly? He’s talented enough to, but the Rams did peg LaMarcus Joyner as their starter at safety along with Maurice Alexander. That tells me and should tell you if they do pick up Ward, the Rams are souring a bit on Joyner’s new role and perhaps he’s either going to be moved back to corner primarily or he will end up fighting for time on the field and not being extended after this season.

Ward would bring some serious talent to the Rams secondary if he was indeed signed. First and foremost in a league that employs Rob Gronkowski, Jimmy Graham, Travis Kelce, Tyler Eifert, Kyle Rudolph, Evan Engram and O.J. Howard among others, Ward would be one of the very few out there to be able to cover such big and talented tight ends down the seam. Clearly, there will be interest, there is familiarity and lastly it makes sense. It’s all about what happens from here on out, but Ward could seriously be a Ram by the end of the weekend.