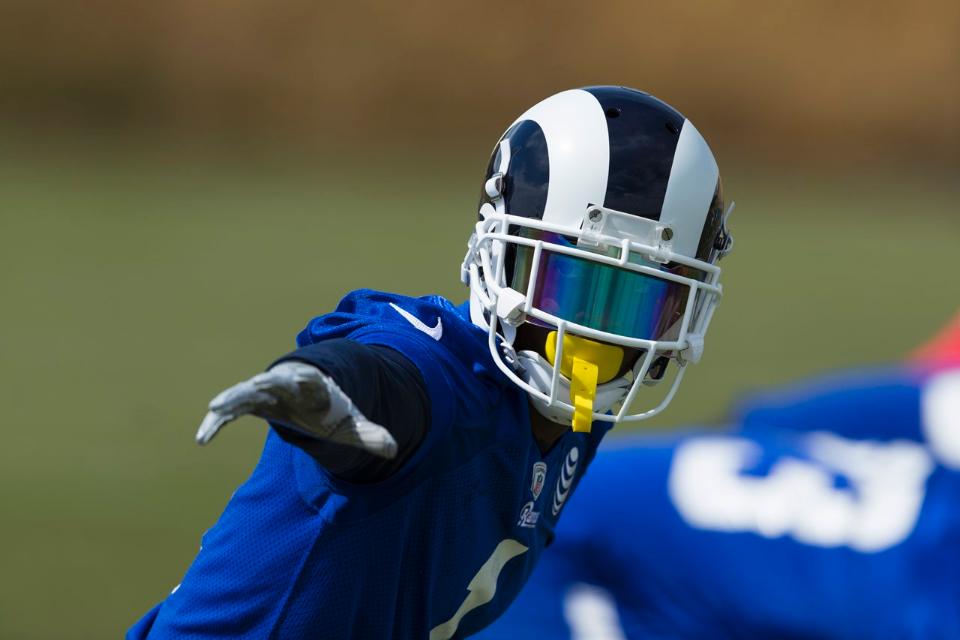 The Rams are just about to wrap up their preseason schedule without their $42 million receiver Tavon Austin. He has battled injuries all off-season, but now some good news has come out for the Rams. Austin is expected to play in the season opener versus the Indianapolis Colts.

This off-season, as mentioned, has been a struggle for Austin, but in a season with new coaching and a new scheme there is room for optimism. Rams head coach Sean McVay has some plans for Austin this season and even though he may not have turned into the receiver the Rams drafted back in 2013, Austin could be the perfect x-factor in this new Rams offense.

The Rams are expected to use Austin as a “gadget guy” which could mean Austin is used in end around plays, go routes, bubble screens and as a running back. There is a chance that the Rams view Austin as the third down scat back with Lance Dunbar likely headed to the PUP list. Austin has bulked up considerably this off-season and perhaps changing his role to primarily be a running back might make the most sense. While Austin has been injured, the Rams have traded for their top receiver Sammy Watkins, Cooper Kupp has emerged as a starting option and other receivers lower on the depth chart in Pharoh Cooper and Josh Reynolds have started to flash some serious potential. With that being said Austin has likely fallen down the depth chart to the fourth receiver.

That’s not even mentioning their free agent signing Robert Woods and their two tight ends in second round pick Gerald Everett and last year’s fourth round pick Tyler Higbee. Austin is clearly going to struggle to receive a consistent amount of looks so the decision to make Austin a “jack of all trades” type of player makes the most sense. With Austin practically being impossible to let go of this season, it makes sense to get the most out of a tough situation. Next off-season the Rams can release Austin with little to no salary cap hit. As opposed to this season which would leave the Rams with a giant penalty over $10 million if Austin was indeed released from his contract.

With all of that being said Rams fans should enjoy what could be the last season of Austin in Los Angeles. Perhaps the Colts are just the team Austin needs to reclaim his confidence. This is after all, is the same team he “broke out” against back in 2013. Rams fans, coaches and Tavon himself will be hoping for more of the same come opening day.