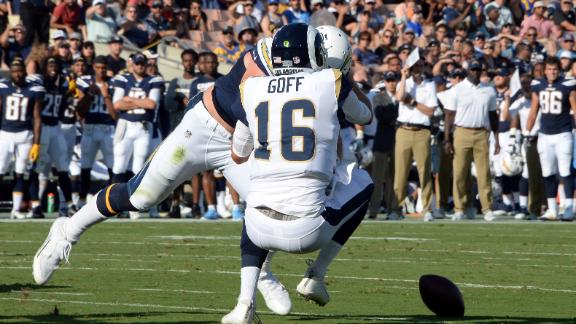 Thursday is the last licks for some players that are fighting to make the Rams roster. With that being said Thursday is the last preseason game which means starting QB Jared Goff and the rest of the projected 2017 regular season starters will likely not see the field.

In the NFL the third preseason game is always considered the “dress rehearsal” for every NFL team before the regular season starts. Unfortunately, in that dress rehearsal the Rams were up and down which ultimately led to a rough showing from their franchise QB. After that performance the fans seemed to want Goff to be able to play in this last game to prove himself, but Head coach Sean McVay has made it known that will not be the case.

Going into this game expect all of the starters to sit out, expect Sean Mannion and Dan Orlovsky to each play a half, expect a lot of opportunity all around for players like RB’s Justin Davis and Aaron Green, WR’s Paul McRoberts, KD Cannon & Shakeir Ryan, TE’s Johnny Mundt and Travis Wilson, DL’s Louis Trinca-Pasat, Casey Sayles & Omarius Bryant, LB’s Cassanova McKinzy, Folarin Orimolade & Nic Grigsby, DB’s Dominique Hatfield, Aarion Penton, Tyqwuan Glass & Blake Countess. For fans that love everything about the 53-man roster, this game versus Green Bay might be just for you.

For those of you that want starters to play. Well, September 10th versus the Colts will give you that ability.