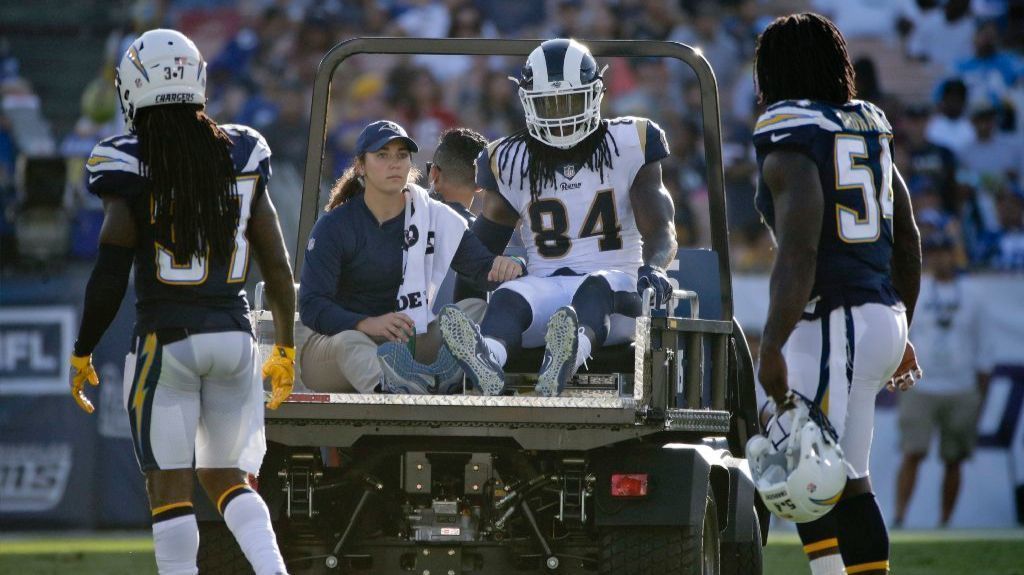 In a preseason battle for Los Angeles against the Chargers, Rams young and athletic tight end Temarrick Hemingway suffered a broken fibula, which is in need of surgery that will sideline Hemingway for at least 8 weeks.

Hemingway who is a second-year pro, was supposed to provide solid depth and competition at the second tight end spot. He brought a big body and speed to a position that Mcvay covets athleticism at. This injury all but assures we will be seeing plenty of Everett week 1. It will also open up some opportunites for two tight ends at the back end of the roster, Johnny Mundt and Quarterback turned Tight end, Travis Wilson. As they say in the league, one man’s misfortune is another’s opportunity. While neither are in the mold of a guy like Hemmingway the need to have at least one of them on the roster for depth has sky rocketed, and given them a chance to make the final 53.

Hopefully Hemingway will be able to rehab and return to the team sooner rather than later in order to continue his development as a young player.