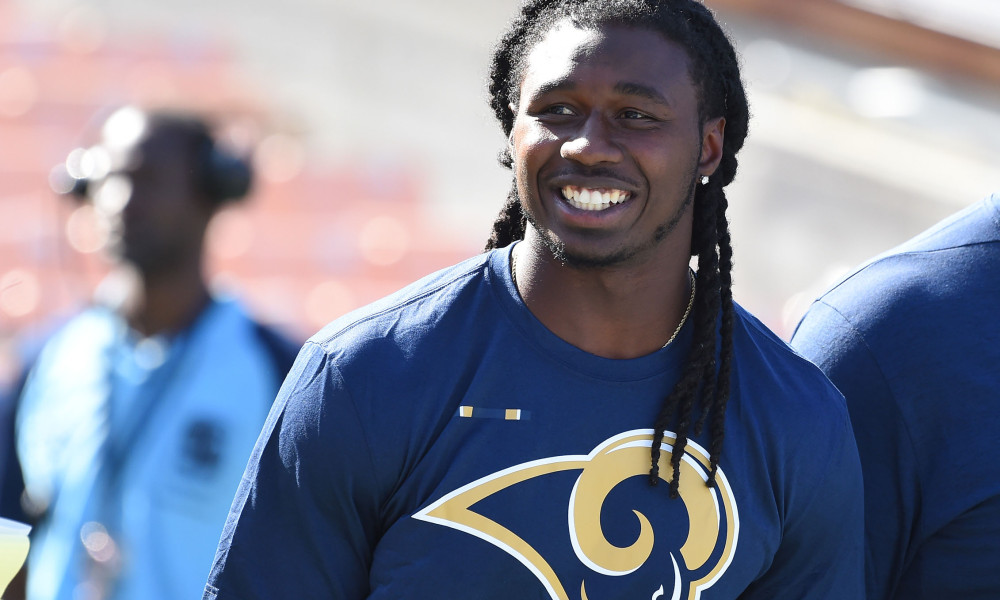 How the Rams went from anemic on offense to flushed with talent in under a year.

Quite the impressive feat when you stop and take a look at it. What once was an offensive roster that lacked any semblance of talent now has depth at each skill position in under a year. It took a draft, one offseason, and a blockbusting trade for Sean McVay to fill the receiver and tight end rooms with some monstrously talented young men. You have Gerald Everrett, who should come in and take over the TE spot, Robert Woods who can play inside and out and be a steady presence at receiver. Josh Reynolds who is a guy that is a bit raw but brings home run ball ability and height to the position, Cooper Kupp is already establishing very nice chemistry with Goff and Sammy Watkins a guy who needs no introduction, a guy that will come in and provide boom or bust potential for the Rams at the wide receiver 1 position, depending on health and work ethic (both question marks for Watkins up to this point in his career)

Let’s have some fun and break down the physical traits of each new addition to the Rams roster.

What sticks out to me is two things with the above slew of new weapons for Goff, a focus on size and speed. Are any of these guys Tavon Austin burners running 4.3? No, but they’re proven (in college) players with above average speed and explosion for their heights and weights. The Austin experiment was a bust let’s be honest, drafting players simply for speed is a fools game, Pittsburgh recently did it with Dri Archer who ran a 4.28 (after 2 years in the league is no longer on a 53 man roster might I add) and the Bengals just did it with John Ross who ran an NFL best ever 4.22 (putting my money on that pick being a bust in 3 years too, hey I am just following the trends).

Goff needs guys who can play football, not look good in shorts at practice. With the above mentioned players now on the roster, it is still far too early to say if the new coaching regime will be a success but right now sitting at 2-0 in the pre-season, the Rams are a ship headed in the right direction thanks to captain McVay.

Let us know who your favorite new addition is in the Facebook comments!