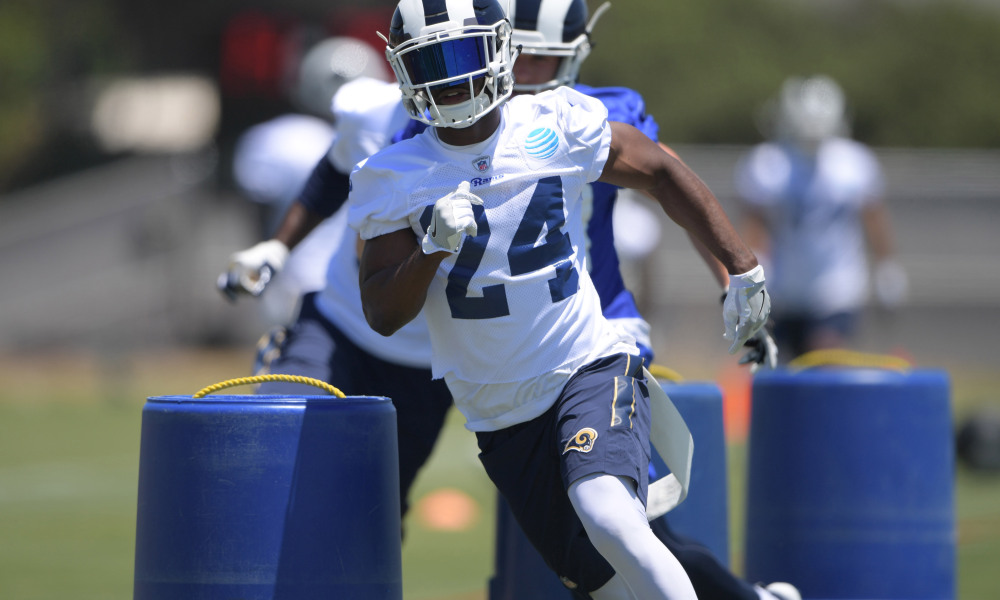 Pro Football Focus continues to grade the top five players on each team for every preseason game. Rams cornerback/safety Blake Countess graded the highest in last night’s game versus the Raiders at an 86.3 grade.

Rams QB Jared Goff (82.7 grade) also stood out big time looking sharp last night with the extended time with the offense as well as linebacker Josh Forrest (82.3 grade) who made some solid plays including a nice pass breakup in coverage. On top of that Rams TE Cory Harkey (82.1 grade) was impressive in the offense as well as Rams rookie WR Cooper Kupp (81.2 grade) who caught six passes for 70 yards and a touchdown. With all of that being said it’s important not to forget about the Rams starting CB Trumaine Johnson (81.8 grade) who had the first interception of the new regime.

“We got to see a full half of Jared Goff in this new Rams offense, and did he ever impress. He played conservatively sure, attempting just four passes more than 10 yards downfield. But he made tough throws when he had to and didn’t force anything or make a bad decision. His adjusted completion percentage of 89.5% is very impressive, and should help Rams fans breathe easier going into Goff’s sophomore season.”

“Every quarterback needs a security blanket, and if today was an indication of what’s to come then Cooper Kupp has earned that role for Goff. Kupp caught six of seven passes for 70 yards and a touchdown on the day, good for an impressive 3.68 yards per route run. Every time the Rams needed a big conversion, Goff looked for Kupp and he delivered.”

“After starting last season on the Rams’ practice squad before being promoted to the 53 man roster in November, Countess was hoping to stick on the Rams roster again and contribute some time on defense. Performances like Saturday night’s one will help that. Countess was targeted four times allowing two receptions for only 12 yards, only two of which came after the catch. Countess also added in two pass breakups and when he was targeted he allowed a passer rating of only 56.3.”

“In the offseason, Johnson was hit with the franchise tag by the Rams for the second straight year. Johnson hopes to put together another good season so he can be rewarded with a long term contact next season. He showed that he is capable of being the Rams’ number one cornerback with his solid play in the second pre-season game. In his 13 snaps in coverage, he was only targeted once. He intercepted that pass by cutting off Michael Crabtree’s route and running it for him for an easy pick. Johnson finished with a coverage grade of 81.7.”

Another good performance out of a secondary player. This time with Michael Jordan out after his spectacular performance last week, Countess came in and sealed the deal for the Rams. It’s going to be trouble keeping Countess off the 53-man roster. On top of that performance, the Rams offense actually highlighted the night with three touchdown scoring drive in a win. Goff threw a beauty of a pass to Kupp and Sean Mannion delivered a touchdown to a well covered Josh Reynolds. Week three versus the Chargers could be telling how true Goff’s overall grade of an 82.7 really is.