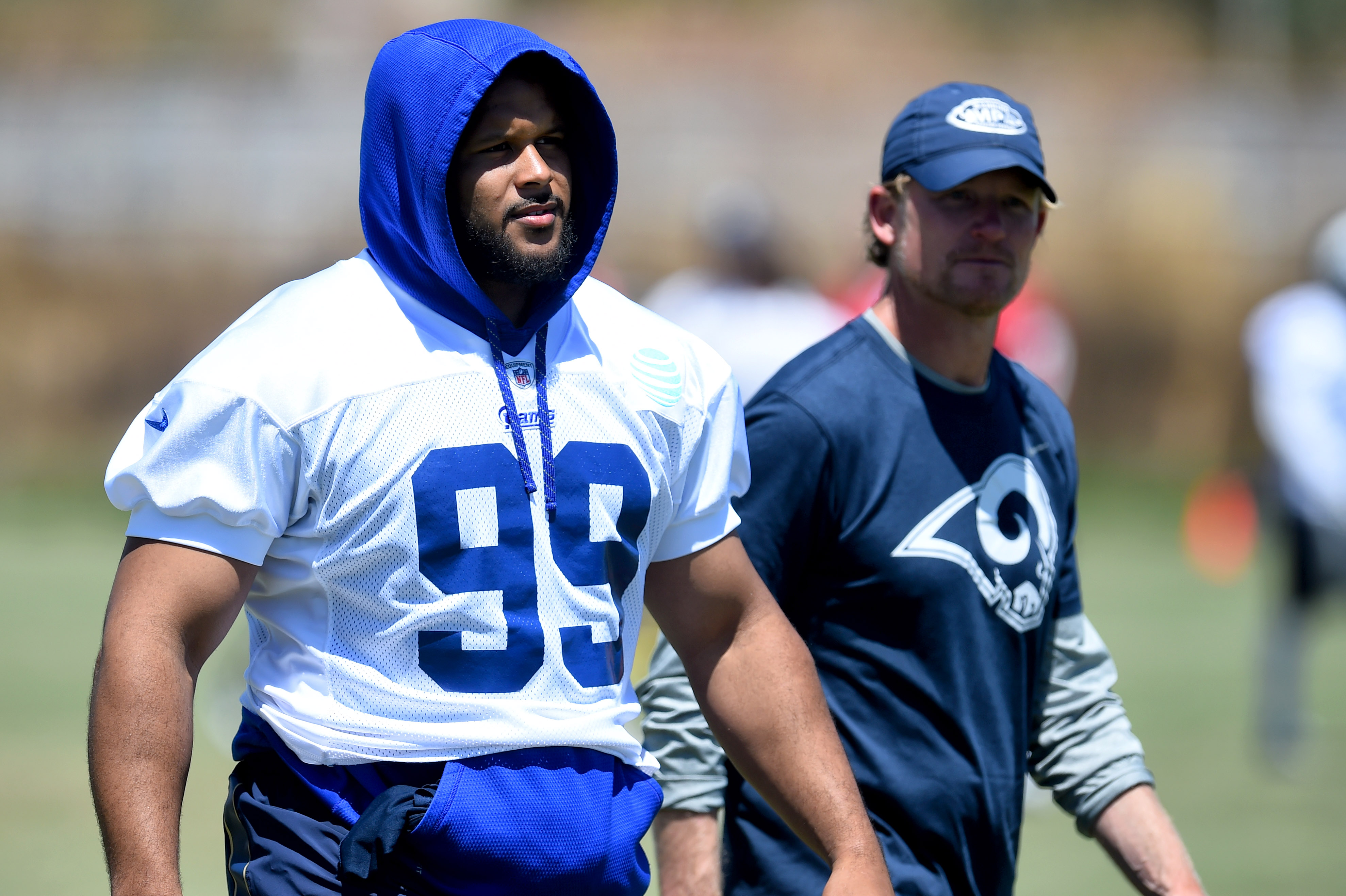 The biggest story-line around the Los Angeles Rams has not been the preseason, training camp or mini camp. It hasn’t been the new addition of Sammy Watkins, Jared Goff’s improvement and picking up of the new offense. It hasn’t been about Les Snead knocking the off-season out of the park or the new coaching staff fronted by 31-year old Head coach Sean McVay and a legendary defensive coordinator in Wade Phillips. Nope, none of that. The biggest story-line has been Aaron Donald and his holdout.

Aaron Donald and the Rams have been negotiating out a deal that presumably make Donald the highest paid defensive lineman in the game. He deserves that yes, but the Rams have many things to tend to including re-signing players who’s contracts actually expire after the season, Alec Ogletree and LaMarcus Joyner. It appears now Donald and his representation is putting their foot down and has the sports world buzzing about a potential holdout that could fall into the regular season.

“Rams DT Aaron Donald’s holdout is threatening to last into the regular season, per league sources. One source speculated that he could envision Donald sitting out 2017, though a lot can change in any negotiation in a hurry. But the fact that such strong thoughts exist now provides a snapshot into where the two sides are today: not particularly close to a deal. The two sides will stay in touch, but today there is pessimism about how long Donald’s holdout could last.”

We have heard teammate Michael Brockers say how bad Donald wants to be back and that it’s “killing him” However, Donald and his agency representation are not messing around and believe that they need a deal done before any moves happen with the Rams. Overall, I just have to say this seems unbelievably selfish, I don’t care how much you are worth and how much you have to get paid or need to get paid. Donald was deemed as one of the top characters and football leaders of the draft and to me, this is just far from what Donald’s character is.

We have heard new coach McVay say it over and over again “We not Me” that’s the mantra right? Well, Donald clearly disagrees with the mantra, based off the fact there are sources saying he could sit out the entire 2017 season. That is beyond selfish and let’s not forget what happens when he does get that contract? What if he received it after sitting out the entire 2017 season? How do fans, teammates and coaches react to a player that may have quit on his team for his own doing?

This whole thing reeks “Me not We” and as player apologist as you want to be at some point there needs to be a line drawn when a player has decided to back away from his team in favor of money. Make no mistake, if Donald does miss the entire 2017 season or even just a few games over a contract dispute he will lose some serious backing from Rams fans and whether you believe it or not, his teammates.