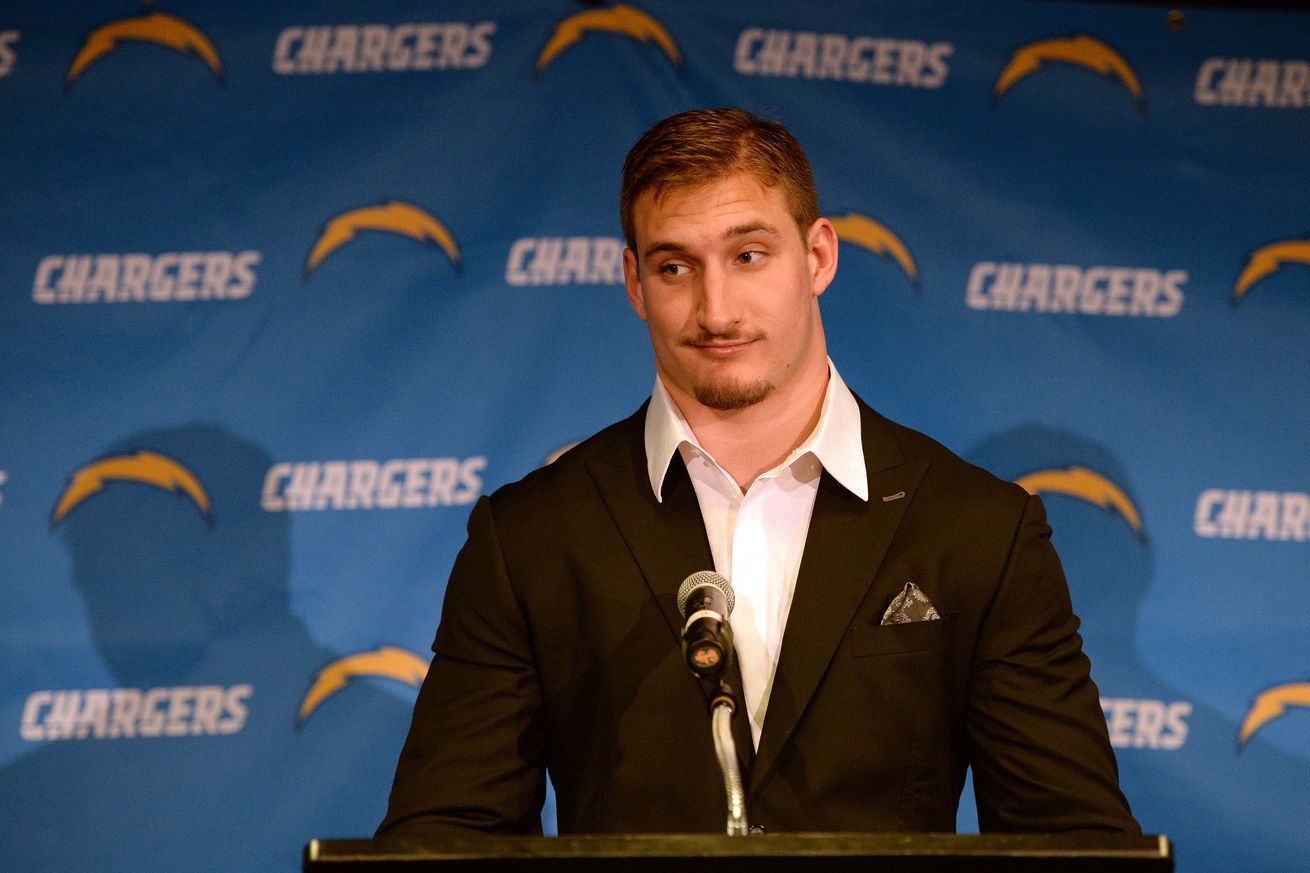 Remember last year when the Los Angeles Rams took Jared Goff number one overall, Carson Wentz went number two to the Philadelphia Eagles and then the Los Angeles Chargers (San Diego at the time) took Joey Bosa? Well, unlike the first two selections, Bosa gave his team a little bit of a rough time during the training camp/preseason period.

Joey Bosa was represented by none other than Todd France, a super agent with CAA Sports agency. France made negotiations of Bosa’s rookie deal extremely hard to come by for the Chargers. Both sides went back and forth, bear in mind this was only over the language in the rookie contract. Bosa ended up holding out until August 29th, 2016. Bosa stayed patient, while I’m sure as well as the next one he wanted to be out there participating and playing in games. It’s pretty obvious he just decided to listen to France and holdout to avoid injury and ultimately fix the offset language in the impending contract.

Now, Bosa has proven his worth after a dominant rookie year, but who is France in protection of now? Aaron Donald. That’s right, the Rams prized possession and face of the defensive side of the ball. Donald has been terrorizing offensive lines, running backs and quarterbacks since he entered the league via the 2014 NFL Draft. Donald has watched as the Rams not only struggled on the field, but even off it failing to re-sign defensive backs Trumaine Johnson, Janoris Jenkins, Rodney McLeod and T.J. McDonald. Donald has also watched and has seen teammates Mark Barron, William Hayes, Tavon Austin and Michael Brockers receive extensions. Now, with the Rams planning to re-up Alec Ogletree and LaMarcus Joyner, it appears that Donald is tired of waiting his turn for a pay raise.

France has influenced Donald to go after that big time pay day and even result to holding out like his client Joey Bosa did last season. France is known for getting the most for his clients. Just look at a few of his clients and what deals he got them.

Why is this trouble for the Rams? Again, Bosa was just holding out based on language in his contract that needed to be changed. Aaron Donald? This is a new unprecedented thing in itself. France is responsible for contracts of two of the top five highest paid defensive tackles in the league. Donald happens to be a lot better than every single one of them in the top five. He also happens to be only 26 years old and likely the youngest of the bunch. France could be looking at having Donald holdout well into the season for a contract. If Bosa held out until late August, expect Donald to seriously holdout into the regular season. The earlier reports from Adam Schefter may seem crazy that Donald would do that, but with France’s track record, he would.

France has proven time and time again he is going to bat and he is going to be extremely aggressive for his clients. Donald is likely his top client now as he is arguably a top three player in all of football. So, the rules may bend a little and that is why we may have heard of a potential opt-out clause getting in the way. The bottom line is, France’s job is to get his client (Aaron Donald) the most guaranteed money and the Rams job is to re-sign their star player for a good enough value so that they don’t set themselves back years. The Rams are going to need money left over to sign the likes of first overall pick QB Jared Goff, tenth overall pick RB Todd Gurley and even newly-acquired former fourth overall pick WR Sammy Watkins.

With Donald having a world-class agent, the Rams are going to be backed into a tough corner and might not see Donald until during the regular season or even after. If that indeed comes to fruition the Rams may only have one choice and that may involve a trade. Keep in mind, the Chargers may have signed Bosa to his rookie deal, but there is no reason to think France is done tormenting the Chargers over contracts. What you saw with Bosa in his holdout you are seeing with Donald. What you are seeing with Donald about his extension in year three, you will likely see with Bosa. The Rams, their fans and teammates can only hope this gets resolved soon, because that no.99 is a game-breaking type player that a young team with a completely new system and coaching staff in place will need to succeed in 2017.