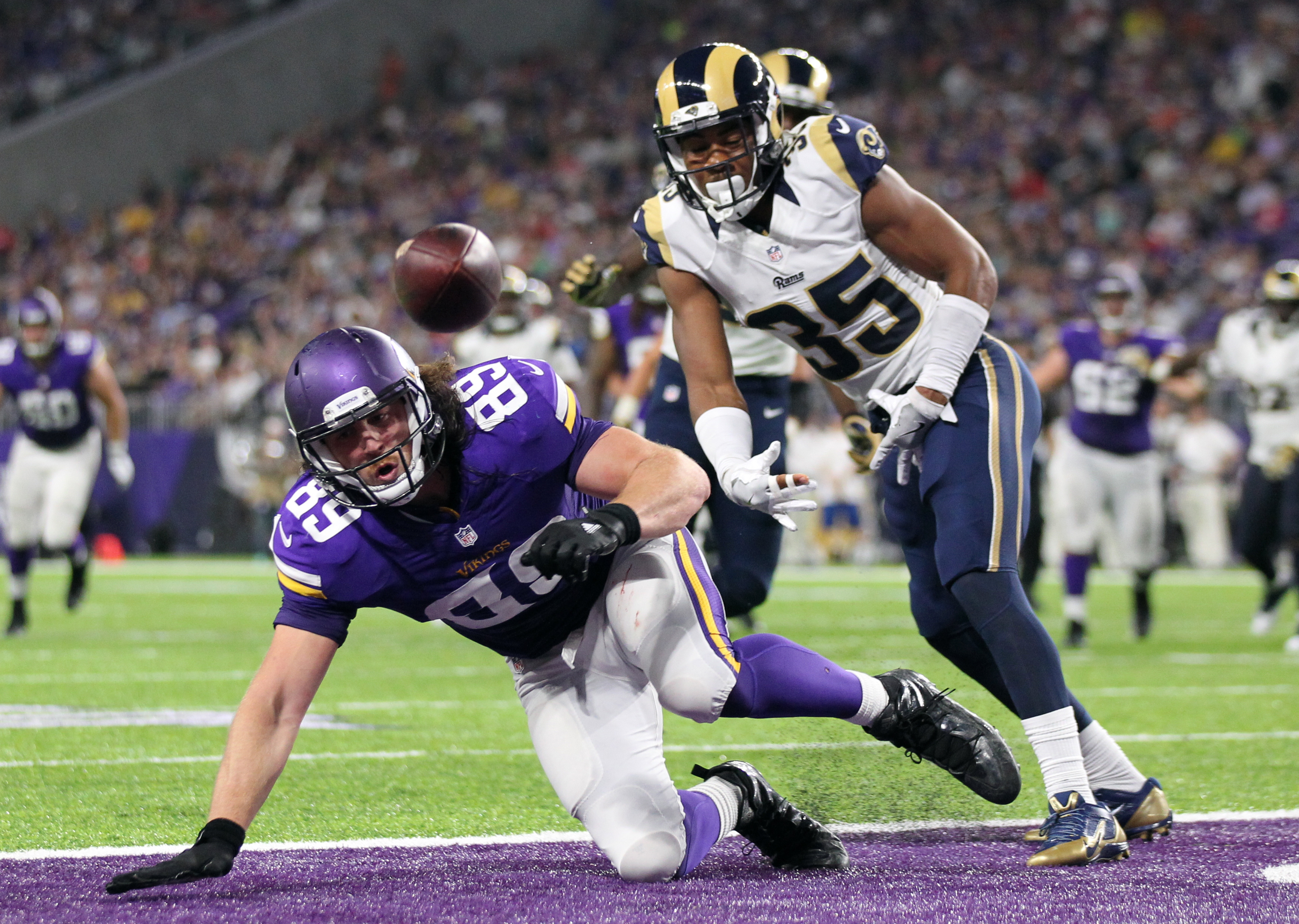 Could LA have a new MJ? The name Michael Jordan carries a lot of weight in pop culture. Everyone knows the name from one of, if not the best Basketball players to ever walk the planet, now we have a young up and coming Defensive back on the Rams roster who goes by the same name. Standing at 6 ft 1 inches and just over 200 pounds he fits the mold of what the Rams look for (and quite frankly all NFL teams in this era) in their top flight cornerbacks.

Playing at a small school in Missouri Western State, possessing shaky technique, and not being born with elite athleticism are all things that led him to being undrafted. When the Rams first picked him up two years ago not much was expected of him. Rightfully so, the Rams at the time still had a fantastic Cornerback room filled with depth and talent. Now, two years later, after losing Janoris Jenkins, trading away EJ Gaines, and reports surfacing of the Rams having Trumaine Johnson on the trading block, they are thin at Cornerback and need someone to emerge. I do like Kayvon and thing he will man one of the corner spots for the foreseeable future, and think Nickell Roby-Coleman is just that, a nickel corner. Even with Troy Hill, that leaves an outside corner back spot in need of someone to man it.

That man, may just be MJ. Now trust me, I am the leader of the “Don’t judge a player by Pre-season” fan club I assure you. However I also assure you that after seeing his reps during preseason and PFF grading him at an elite level (91.2) for his game, that Mike Jordan is a name that should excite you. In a time where the Rams need cheaper options to take over their secondary roles, Mike Jordan is leading the charge. He shows good ability as a zone read off corner, he has soft hands and is a natural catcher of the ball, with the ability to click and close on a pass faster than you would expect from a man who is by all accounts only a slightly above average athlete for the NFL.

While he shows a good knack for playing zone, where I like him best is as a press corner. While he shows less polish here (a lot less), you can tell by his tape this is where he feels more comfortable. When he is able to use his length and size to redirect and stick to the hip of a WR he is tough to shake. His one weakness here is his lack of elite speed, which does show up in the way he covers WR’s. Sometimes you will see him play off his man a little too graciously, for fear of being beat deep against faster receivers. If the Rams match him up against bigger receivers and let him play to his strengths, he shows the potential to lock a guy up.  While his biggest red flag is his lack of long speed and being stiff in the hips when asked to turn and run with WR’s, guys like Richard Sherman, have made a killing off of overcoming their lack of athleticism with incredible technique and elite length. Now I do not want to compare Mike Jordan to a guy the caliber of Richard Sherman, he has such a long way to go, but the similarities are there and he flashed in a big way in his first game of the 2017 season.

If Mike Jordan can continue to develop, he will be given every chance possible by the Rams to emerge a star. If you’re a Rams fan I urge you to pay close attention to the man wearing number 35 these next three weeks, he may just be starting for us sooner than you think.