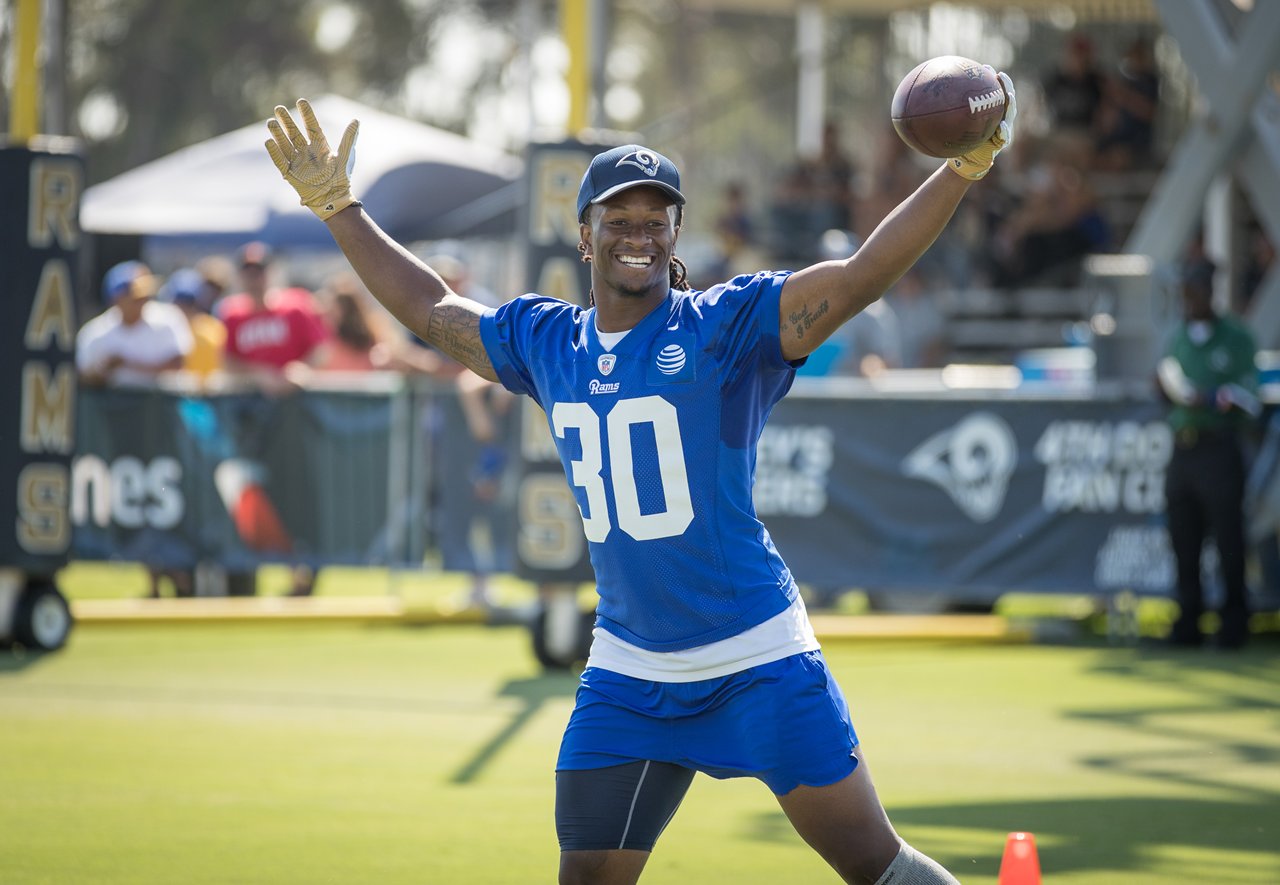 Think about a team with loads of potential, but too much uncertainty to take the potential to the bank. That is the Rams the most boom or bust team in the NFL. Not just the Rams, but the 2017 Los Angeles Rams. This team is led by a 31-year old Head coach in Sean McVay, a hopeful franchise QB in 22-year old Jared Goff and a transcendent defensive end who is holding out of camp and preseason right now, Aaron Donald.

The Rams are considered by many to barely win five or six games. This team keep in mind only won four games last year in what was one of the most brutally shocking seasons a Rams fan has witnessed. The question remains, can Sean McVay turn this team around and get that win total up past six? It seems very possible, but it is going to take a lot of work let alone all the chips falling in the right place. Of course, what the Rams mainly have to worry about are injuries, because with the lack of depth in certain areas such as offensive line. A hypothetical injury of LT Andrew Whitworth would be a total gut punch to the Rams and their season.

Mainly with injuries though, the obvious player that comes to mind is new Rams number one receiver Sammy Watkins. The Rams were able to acquire Watkins from the Buffalo Bills who had moved on from him with the new regime in place. The Bills in return netted themselves Rams CB E.J. Gaines and a second round pick in the 2018 NFL Draft. Overall, it just proves how boom or bust the Rams truly are. There was clear risk in place with this trade as Watkins is set to hit free agency after the season. So, not only could the Rams lose their top receiver, but they could also lose him for nothing. Yes, the Rams would likely qualify for a third-round compensatory pick, but this is an organization that hasn’t had a star receiver since Torry Holt and this is a receiver that has had a rough time staying on the field. Watkins has missed 11 games in his three years in the league which appears to be the biggest risk as Watkins and the Rams prepare for the new season.

Speaking of injuries, players like WR Tavon Austin, LG Rodger Saffold, OLB Robert Quinn and sometimes even FS LaMarcus Joyner all pose a serious concern with their history of being unable to stay on the field. We saw first hand what injuries can do to a talented team, just look at the Rams 2011 season that completely collapsed after losing practically all of their starters. It really doesn’t end there, just look at the signal-caller position for the Rams. They have had a hard time staying healthy at the position with former QB’s Sam Bradford, Nick Foles and Case Keenum all leaving games or seasons due to injury.

The bust in boom or bust doesn’t necessarily mean injury ridden. There is a lot of room for bust due to the uncertainty. Think about this, the Rams start a quarterback who was 0-7 last year, a running back who averaged only 3.2 yards per carry, a wideout who as previously mentioned has missed 11 games, a left tackle who is 35 years old, a left guard as previously mentioned above as well can’t stay healthy, a center that has not started since 2014. That, of course, is just the offense. There is plenty of uncertainty on the defensive side of the ball starting Robert Quinn at outside linebacker who continues to battle injuries every single year. The other uncertainties remain with possible defensive end’s Louis Trinca-Pasat and Ethan Westbrooks having to start with teammate Dominique Easley going down with injury. Just so much uncertainty.

However, with the uncertainty and the “bust” there comes upside and the “boom”. With that being said Jared Goff has a new coaching staff that understands offensive scheming and player development. Goff has clearly shown in camp that he is light-years ahead of where he was last year. Even so, the Rams have a starting running back that had a rough year, but Todd Gurley was, of course, the 2015 Rookie of the Year. That’s not even factoring the potential boom with the transplant of the Bills starting wide outs last year Robert Woods and Sammy Watkins. Watkins has shown the ability to be an elite receiver and Woods was arguably the most underutilized player on the roster. With that, all being said the Rams drafted a rookie receiver that has already picked up the offense, catches everything and can play every spot according to CBS Sports’ Pete Prisco and that is Cooper Kupp.

The upside really doesn’t end there however, you have to mention Tavon Austin who has struggled to find a significant role and production with past offenses and coaching staffs. With the new coaching staff in place, the creativity will likely be there for the offense to get Austin going. Factor in the fact the Rams added another pass catcher in second-round pick Gerald Everett to go with second-year tight ends Tyler Higbee and Temarrick Hemingway and you have to start seeing the help Goff has received going into year two. Even the offensive line is starting to look promising, unlike last year in which their lack of play caused the Rams in some capacity to finish as the worst offense in football.

More upside? Try the new Wade Phillips led defense on for size. While it’s not guaranteed, Phillips brought over two former players he coached starting cornerback Kayvon Webster and former outside linebacker Connor Barwin. The hope is that Webster, who was buried on the depth chart in Denver behind elite talent ends up showing out in his first true season as a starter and for Barwin, the Rams are hoping to catch lightning in a bottle with a veteran that was asked to switch to a different defensive scheme. To go with that the Rams moved their stud nickel cornerback LaMarcus Joyner to safety in an attempt to possibly emulate star defensive back Tyrann Mathieu. Now, like many of the moves the Rams have done, this one could backfire, but even so, the Rams have the depth to at least try it out.

Yes, the Rams are just some 4-12 team that made a lot of moves and made a lot of change. Yes, they did just let their first 1,000-yard receiver since 2007 leave in free agency and yes they haven’t made the playoffs since 2004, but with the amount of uncertainty and upside around the Rams, it’s become clear the Rams are going to be exciting to watch. There are too many storylines to say they will bust or boom, but one thing’s for certain there is no team with as many question marks and potential as the 2017 Los Angeles Rams.