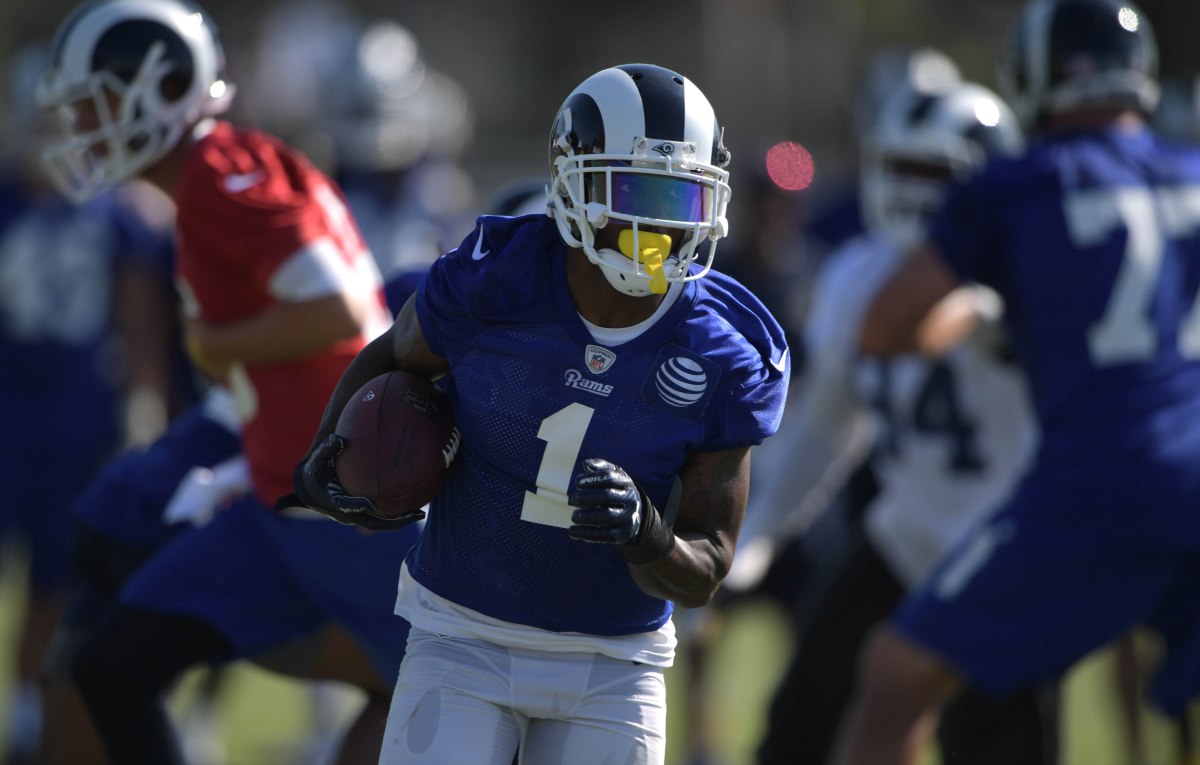 With the recent news of Sammy Watkins confirmed to be a full participant Monday, we also found out that Sean McVay doesn’t appear very confident that Tavon Austin or free agency acquisition Lance Dunbar will see the field for quite some time. Joe Curley of the VC Star tweeted out this.

Even though, Austin is off to a rough start having missed the majority of the off-season with some sort of injury. McVay mentioned the idea of using Austin out of the backfield and that might have to be done if the Rams feel they have too many receivers contributing to narrow down the roster.

Although Rams fans may disagree with the idea of Austin being used in the backfield. Keep in mind, this is a coaching staff that knows offense. You have talent evaluators and scheming extraordinaire’s in Sean McVay, and Matt LaFleur among others. Bottom line is this, if the Rams want to utilize Austin still after the move they made to get Watkins. They will need to find other ways to get him involved in the offense.