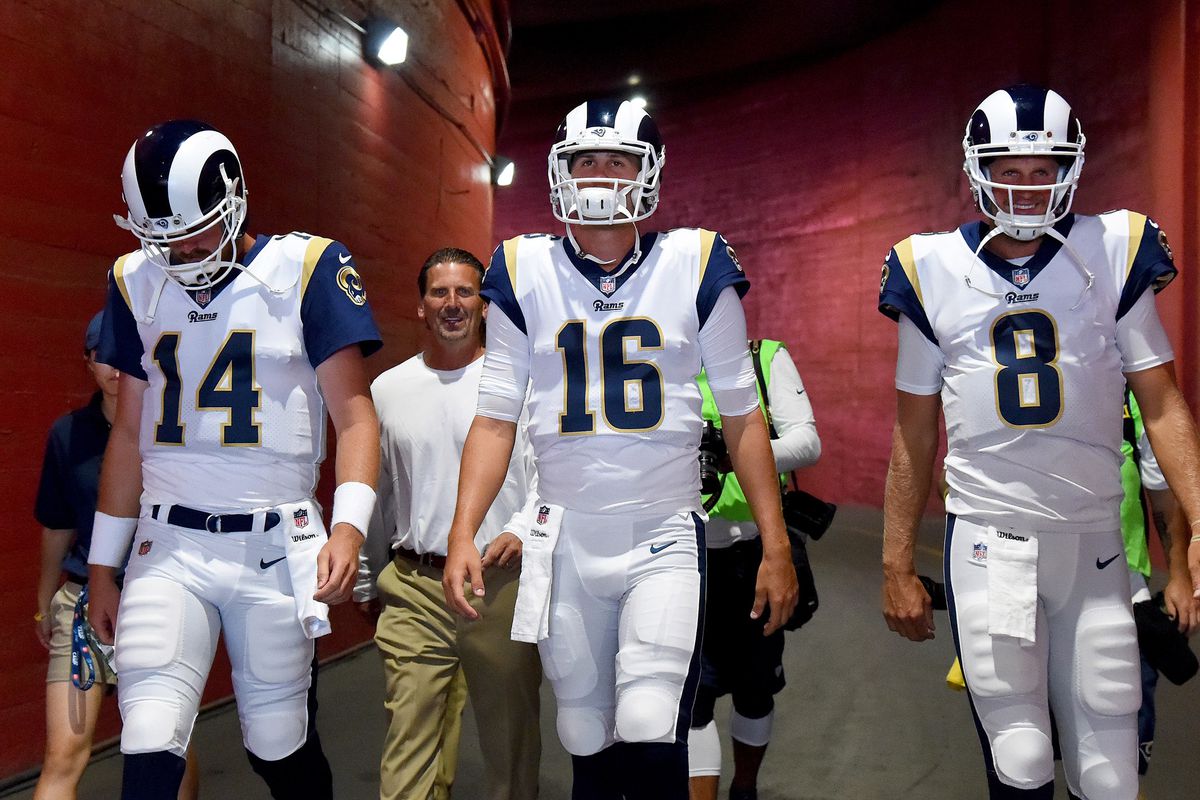 It’s been a long time waiting, but the Rams finally came to play in a preseason game at home versus the Cowboys for the second straight season.

The Rams kicked off the game early with what one would call the most 2016 Rams drive possible. It started with a three-and-out. The first play would start off with Jared Goff delivering a pass to new WR Robert Woods only for it to be dropped. Sound like 2016 a little? If not, the next play in which we saw Todd Gurley run for a gain of negative three yards will surely jog your memory. If you still find that is not working, the Rams 2016 team literally one games because of their superstar punter Johnny Hekker. Hekker was back to helping the Rams win games with his punt that caused a Cowboys returner to run in for it and ultimately muff it. All of those variables got the Rams right in position to score their first touchdown of the new regime.

Still, if we are poking fun then you can say the most Rams like thing happened on that drive which was Goff’s strike to Woods almost getting him in for six, but instead Woods fumbled the ball right near the goal line. Now, at the same time the Rams had the most non-Rams thing happen and that was when rookie WR Cooper Kupp slid into the end zone and landed on the ball to recover what would be the Rams first touchdown of 2017. It just seemed crazy that something like that went in the Rams favor, because even something as simple as a fumble recovery was made so difficult in the debacle that was the 2016 season.

Shortly after that unbelievable score to put the Rams on top, Goff was benched for the rest of the game in favor of backup QB Sean Mannion. The Rams first-team defense that was missing Aaron Donald, Connor Barwin and Robert Quinn to name a few, was practically lights out. Back-to-back three-and-outs led to a dominant defensive showing for the starters, but would only end up setting the tone for the Rams as they went on. Most notably was the defensive line that continued to log quarterback hurries, hits, forced incompletions and even a fumble. Mainly out of that bunch were defensive ends Morgan Fox and Matt Longacre as well as Tanzel Smart, Ejuan Price and even Marqui Christian, Kevin Peterson and Mike Jordan of the secondary.

With the defense able to hold the Cowboys to just 10 points on the night, Mannion was able to lead the Rams in a game of clock management for the Rams first win. Among the Cowboys who impressed were TE Rico Gathers, S Xavier Woods and DL Joey Ivie. The Rams actually had a standout running back in UDFA former USC Trojan Justin Davis who ran for 70 yards on nine carries.

Overall, the story of the game was the fact that it seemed like there were fumbles on every play. No one could hang on the ball so it seemed. Another key story was likely the fact that the Rams took out Jared Goff early on in the game. McVay announced via his post-game interview that he plans on starting Goff for almost two quarters next week and likely maybe even three after. One thing is for sure, in a league that continues to talk about nothing, but Ezekiel Elliott, Dak Prescott and the rest of the Cowboys, it was good to see the Rams knock them off tonight.

Did you enjoy the game tonight? Let us know what your thoughts are down below!