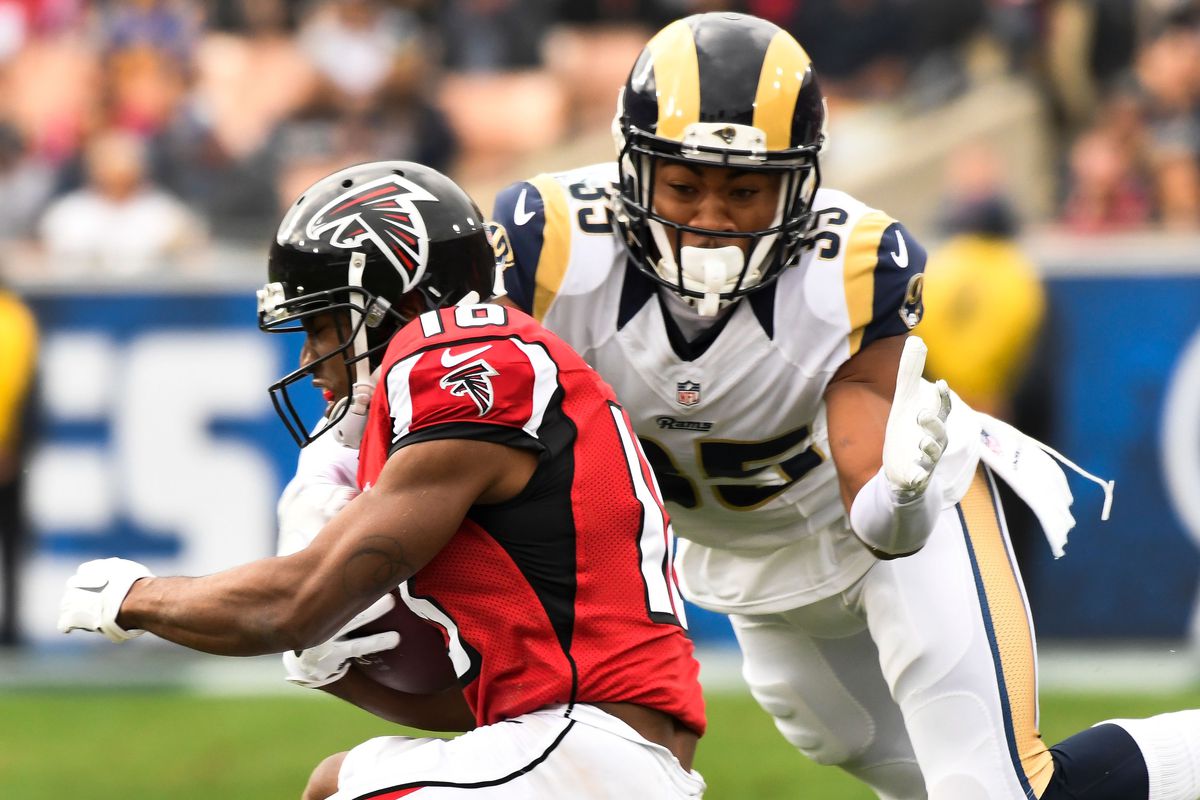 As John Kosko mentioned on our podcast, Pro Football Focus will be grading all the preseason play and coming out with the top grades per each team. Rams cornerback Michael Jordan graded out higher than anyone on Saturday night which should be a breath of fresh air for Rams fans after trading away talented cornerback E.J. Gaines.

“With QB Jared Goff playing only two series, Mannion took advantage of a showcase opportunity going 18-of-25, including three dropped passes. It was mostly short stuff for Mannion, but his one pass over 10 yards was a post route that was right on target until Xavier Woods knocked it out. Mannion also handled pressure well, completing 4-of-5 passes with his only incompletion the aforementioned post route.”

“Blythe made an impact in the run game where he executed a variety of blocks at a high level. He made linebackers pay at the second level and he made multiple reach blocks to stonewall opposing nose tackles. He fielded the game’s second-highest run block grade of 83.0. It wasn’t all great as he airmailed a snap over QB Sean Mannion’s head and he surrendered a QB hit, but Blythe’s work as a run-blocker won’t go unnoticed in his battle to join the offensive line rotation this season.”

“Jordan played up to his lofty name making numerous plays in the passing game all night. On his five coverage targets, he surrendered just one catch for 11 yards with two passes defenced. Quarterbacks targeting Jordan posted just a 39.6 passer rating.”

“The rookie sixth-round draft pick out of Tulane filled up the stat sheet and was disruptive all night against the run and affecting the passer. Smart recorded one hit, three hurries, one batted pass at the line of scrimmage and two tackles on his 37 snaps. He finished with a very respectable 11.1 pass-rush productivity mark.”

Overall that is something to be very happy about. The Rams sixth-round interior defensive lineman was a constant pressure generating nightmare. The Rams may have also found their diamonds in the rough in the form of CB Michael Jordan and their center they claimed off of waivers in Austin Blythe. Sean Mannion left no doubt of course, whether he would be Jared Goff’s backup moving forward. Hopefully these four can continue their impressive play as we move forward through the preseason.