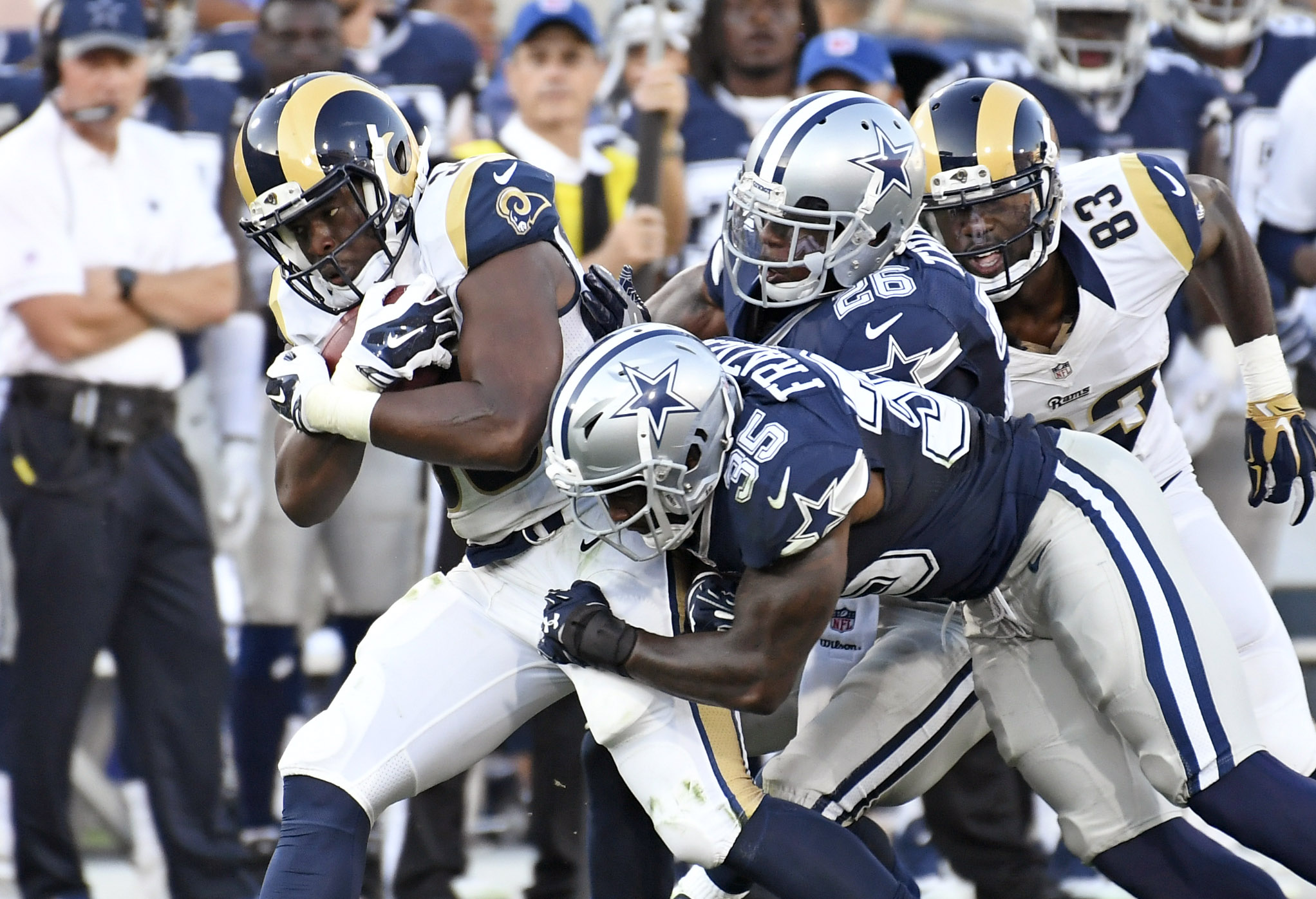 The Los Angeles Rams play the Dallas Cowboys for a second straight preseason match-up and a preview for week four.

The Rams go into Saturday night versus the Cowboys in hopes to start off the Sean McVay era with a win. Second-year QB Jared Goff will likely get 10-15 snaps to get a quick peek of the 2017 offense and then we will likely see Sean Mannion the rest of the game. Sean McVay has already announced that OLB Robert Quinn, ILB Mark Barron and WR Mike Thomas will not suit up for tonight’s game. Rams starting CB Kayvon Webster is a game-time decision to play in what would be his Rams debut.

The Cowboys go into Saturday night with news that their star RB Ezekiel Elliott will be suspended six games (likely four after an impending appeal). Ironically the same team in which he broke into the league against, QB Dak Prescott will likely be taking a seat against. Prescott and Elliott are both expected to not play versus the Rams tonight. With those out it’s likely the Cowboys will deploy Kellen Moore at quarterback and either Darren McFadden or Alfred Morris at running back.

The biggest headline going into this game might be about a player that already played this week in Sammy Watkins. The Rams, of course, made a trade to acquire Watkins from Buffalo and although he won’t play tonight, the Rams will have him on the sideline and he will get his first look at his new team from the sidelines.

I am expecting Jared Goff, as I said on the Downtown Rams podcast, to score on his first drive. After that, we will likely get a look at the duo that dominated the Cowboys last preseason Mannion & Nelson Spruce. Overall, I think the Rams have the better backup QB in Mannion over Moore and Rams backup RB Malcolm Brown I believe will have a great showing which will ultimately win this game.

The Rams/Cowboys game will be on NFL Network at 6 PM PCT. What are your thoughts for tonight? Let us know!