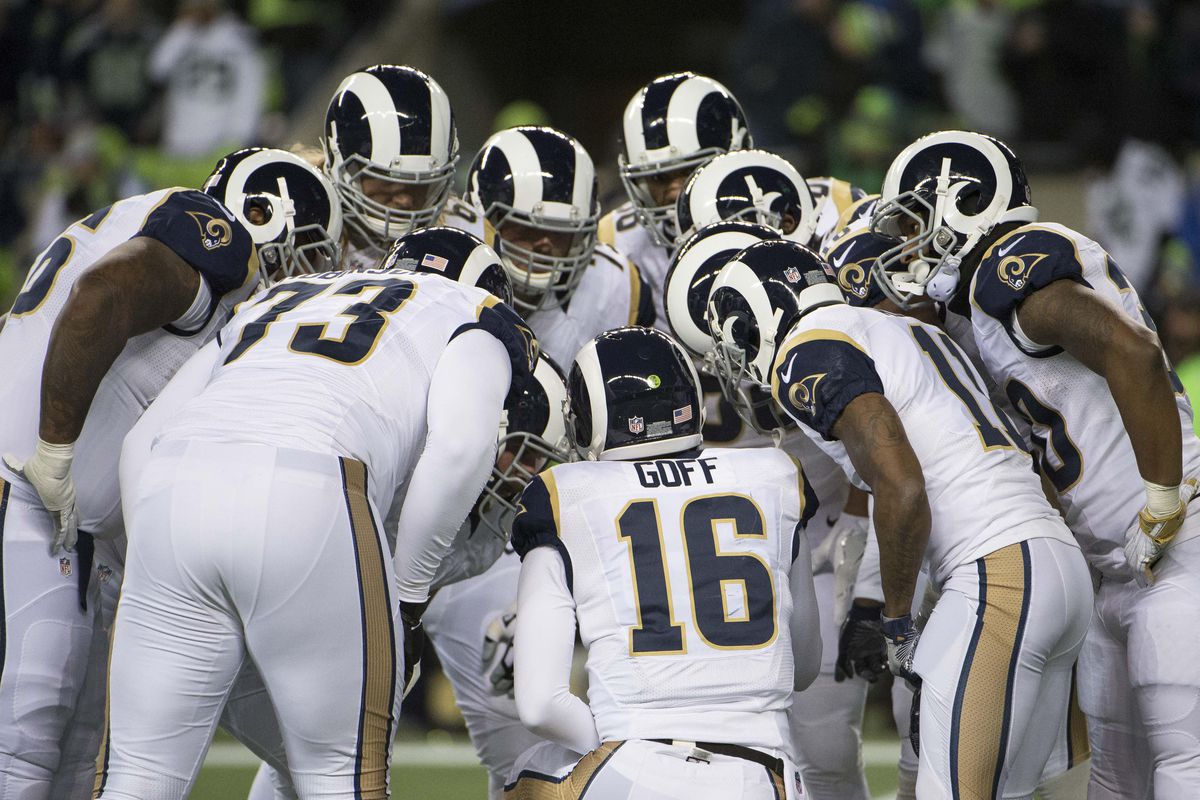 Let us take a look at how each game will play out for the Rams in the 2017 Season, are playoffs in the cards? Or will they fall short of 8-8?

Andrew Luck vs Jared Goff turns into a back and forth slug fest. Luck throws a TD, Goff answers with his own. Back and forth for 4 quarters until a costly interception from Goff, a still developing quarterback gives Luck one more chance to strike and so he does, taking the lead with 30 seconds left. A last minute Hail Mary attempt falls through Tavon’s hands.

Kirk Cousins is in his late season form, padding stats for his next franchise tag. Gerald Everrett and Jordan Reed each haul in 2 touchdowns and everyone finally sees why Mcvay wanted Everrett as his first pick. The Rams however are not able to stay stride for stride with the weapons on the Redskins and fall short.

The Rams walk in with a swagger only shown by those knowing they are about to win a freebie. The 49ers are a team no one fears. Their defense gives Goff, Gurley, and Austin fits for 4 quarters. However a last minute seam buster that Goff hits Everrett on for a 40 yard TD is enough to propel them over the 49ers.

The Rams face a Cowboys team coming off a season where their stock was at an all-time high being run by two rookies, the Rams continue bringing the Cowboys back down to earth by slowing down Zeke and Dak.

The Seahawks and Rams games always seem to swing in the Rams favor. This year is no different. Wilson gets battered and bruised by an angry defensive front and a well-coached Wade Phillips defense.

Carson Palmer and David Johnson prove too much to handle. Handing the Rams a loss right before their bye week.

Eli Manning finds OBJ on 3 separate occasions and lets him do the rest. No one blames the Rams defense for not containing the likes of OBJ, Brandon Marshall, and Evan Engram.

Rams battle it out with an elite defense. Texans Deshaun Watson is the starter by now and throws 2 interceptions when the Rams close down his rushing lanes. Goff manages the game well, throwing smart and quick passes to slow down a ferocious Texans Pass rush.

Vikings use Sam Bradford to take advantage of his old team. He throws a pair of interceptions for old times’ sake, but does enough with the talent around him to pull out the victory.

Drew Brees lights it up for 3 quarters and makes a bone headed mistake in quarter 4 to ensure his team finishes 8-8 for a 100th straight year. Goff gets his revenge and puts the nail in the coffin, showing progression from his game against the Saints last year.

Carson Palmer once again, in his final year of football, gives the Rams one last middle finger to squash their playoff hopes.

Goff vs Wentz, the game the media has been waiting for! Who picked right? Is Wentz the true franchise QB? Goff and Wentz play lights out connecting on deep passes, slants, post routes all game long to try and prove who the best is. Wentz ends up getting a sore arm in quarter 4 and can only throw bubble screens. Goff takes advantage and completes a deep shot to Tavon Austin that puts them ahead with less than a minute left. Wentz ends up going 3 and out on offense and the Rams walk away winners.

The Rams cannot sweep the Seahawks this year and end up falling victim to Wilson’s scrambling ability.

Henry and Mariota rush for over 300 yards and 3 touchdowns. Goff puts up a stinker in which he throws 4 interceptions. A learning moment in his career, the Titans come out on top.

Rams post back to back duds. With playoff hopes squashed they play uninspired. Goff does all he can to rally a defeated team. It proves to be not enough. To add insult to injury I don’t even know who the 49ers QB will be at this point, but they will win.

In summary, Rams end up going 7-9 showing remarkable improvement in execution, talent development, and tenacity on all units. Mistakes were made along the way and that was to be expected. Goff shows steady improvement and a real reason to be excited about him going into his 3rd year. Mcvay proves his mettle as a legitimate NFL Head coach and Gurley returns to form. The focus for the next 2 years becomes building upon Goff’s development and bringing in talent to protect him along the offensive line. The arrow is pointed up in Los Angeles.