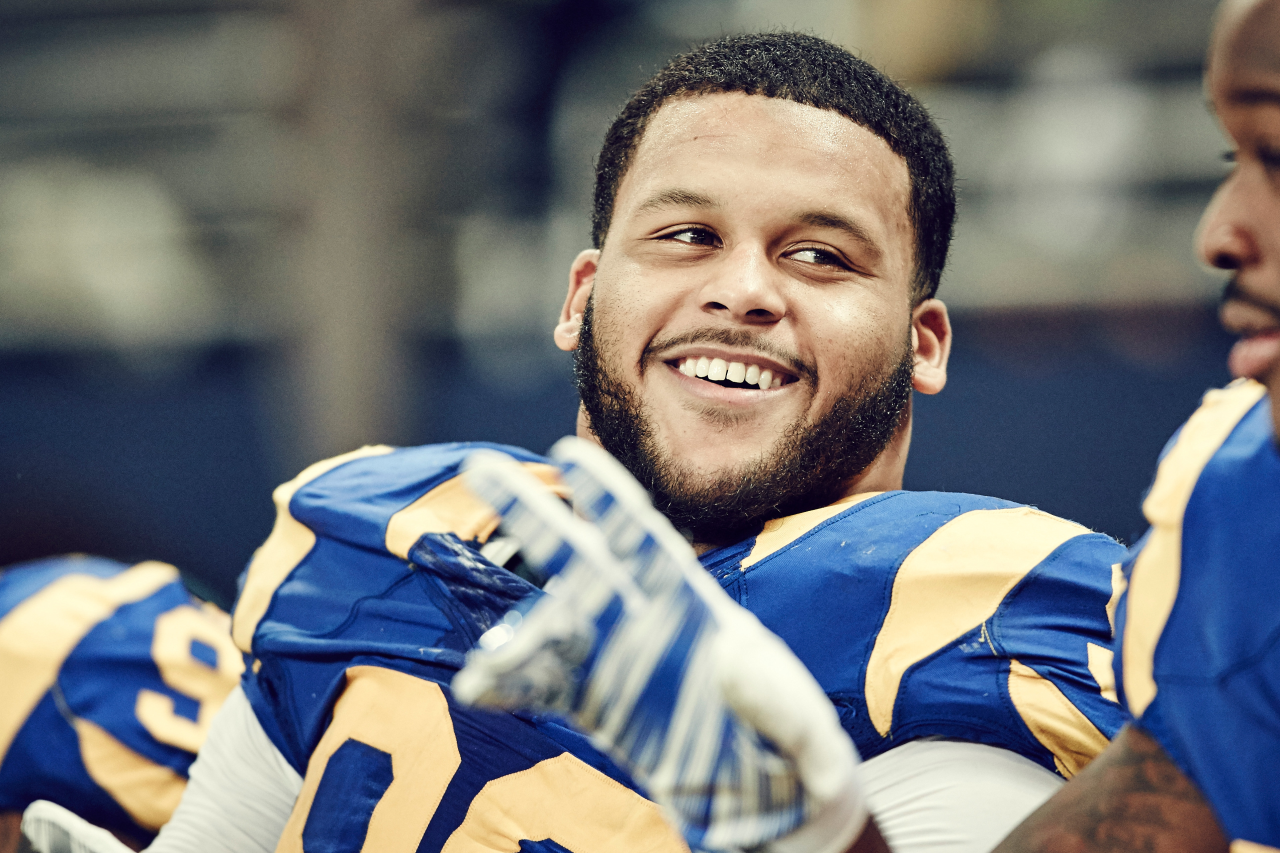 Okay, Aaron, you win. You have shown the Rams that you are for real in your demands for a new contract. However, now it’s time for you to re-appear in the spotlight and get to work. After all, you have a huge season upcoming for you in 2017.

Look, I get the “Pay the Man” ideology, but it’s officially going into the Rams first preseason game of 2017 and the Rams top player is still nowhere to be found. If you had told me or anyone for that matter three years ago that Donald would be holding out of training camp. Well, you may have thought about that and just shook your head. You may have even said “Aaron Donald would never do something like that. He’s all about the team, he’s the ultimate teammate.” However, three years later, Donald is, in fact, holding out and it’s become quite a bit of an issue.

This holdout is drawing mainstream media attention, it’s causing crowds to pour into Rams training camp with “Pay the Man” signs and shirts as well as even chants. Donald is in fact the best defensive player in the league per this writer’s opinion and many others. He’s also, however, one of the more humble baby faced fan favorites in the league. So why the sudden change into the look of a borderline selfish player? Money talks for sure, but so do teammates. While Donald was holding out, his teammate and friend Dominique Easley went down with a torn ACL. Sure, Donald was likely there for support and likely texted him or called him about it. However, he wasn’t there when it happened and he’s not there now.

This may sound like I am dogging on Donald and while it might be true, it’s important to keep in mind we all love Donald. It’s also important to keep in mind you can love someone and criticize them when they are in the wrong. Donald is officially in the wrong. If this holdout didn’t hit fans before, the new depth chart showcasing a starting lineup without Donald really put the nail in the coffin. It makes fans question the big key phrase or mantra of the year for the Rams “We Not Me’. Well, I’m no football player or coach, but something tells me that Donald’s actions aren’t very “we” and more along the lines of “me”. Something I really never thought would be possible for Donald, but it goes to show you how much power these player agents have over the players.

You might be thinking to yourself, “How do you know Donald wants to be there and it’s all his agent’s doing?” Glad you asked, teammate and Rams DT Michael Brockers told the media that Donald wants to be back and it’s killing him. Now, before your mind goes wandering off and you imagine what a holdout looks like, it’s important to keep in mind this is Donald we are talking about. An Aaron Donald holdout is 100% guaranteed to incorporate workouts, training and other activities to keep him in tip-top shape. That’s the one positive with Donald and his holdout. You know it’s Donald, so you know he’s not going to come back out of shape.

I think the overall biggest aspect of this whole situation being missed is that Donald is missing out on the opportunity to get acclimated with defensive coordinator Wade Phillips, his new defense and the new scheme. The Rams are running a new defense which is basically a 3-4 base and Donald is now technically playing a different position as last year. Regardless of all of that, Donald is missing valuable time and repetitions to create chemistry with the new players on defense. The Rams, after all, let T.J. McDonald go and traded away William Hayes. Besides that, the Rams also brought in new starters Connor Barwin and Kayvon Webster. Donald needs to be out there sooner than later installing that chemistry early on.

It wouldn’t have likely been a huge deal if Donald held out next year, but the fact is this. The Rams are trying to install a new look, new coaching staff, new scheme and new culture. What Donald is doing jeopardizes all of that. Think about it, doesn’t it set a bad precedent to the rest of the team if the new culture driven coaching staff shows Donald it’s no big deal to sit out of training camp while the other 89 teammates of yours are out there on the practice field. It actually is a bad look if you look back at the things we heard about former Rams HC Jeff Fisher having “favorites” and not allowing competition and being lenient on the big names only. If you don’t hold everyone to the same standard then is it really much of a culture? Is it really We Not Me? It sounds more like We and sometimes Me.

Aaron Donald is a transcendent player through and through. This is not a knock on him as a person, but more a knock on his decision this off-season. We know Donald will be back before the first game of the season, but what we don’t know is when. If he refuses to report back to the Rams until the deal is closed then it’s likely going to be right before the season. My thoughts are around when Tavon Austin and Michael Brockers were given deals last summer. We all want Donald to get paid, but similar to last season with Austin and Brockers, there is a time and a place for everything.

Not giving general manager Les Snead a pass or anything, but the Rams need to attend to other matters first. Donald may not see the “We” in this, but for the Rams sake, it makes sense to lock up Alec Ogletree and LaMarcus Joyner before anything. Why do I say that? Both of those players will be gone after this season if the Rams do not extend them. Ogletree is an absolute must as he plays one of the most vital positions in football, inside linebacker. Donald with all due respect has to know the Rams have to figure out a way to pay him the massive amount of money he deserves while also fitting in the rest of the team and their future moving forward.

Donald’s deal is going to be a lot of money for the Rams to swallow, but they will have to in due time. Right now though Donald needs to go back on the field like fellow transcendent 2014 draft class superstar Odell Beckham Jr. It really doesn’t help Donald’s cause that OBJ, who is practically in the same boat as Donald, is not holding out and is in fact at camp getting ready for the 2017 season. The Rams went 4-12 last season in what was literally a worst case scenario. The Rams cannot afford to have Donald miss the preseason preparation going into the 2017 season.