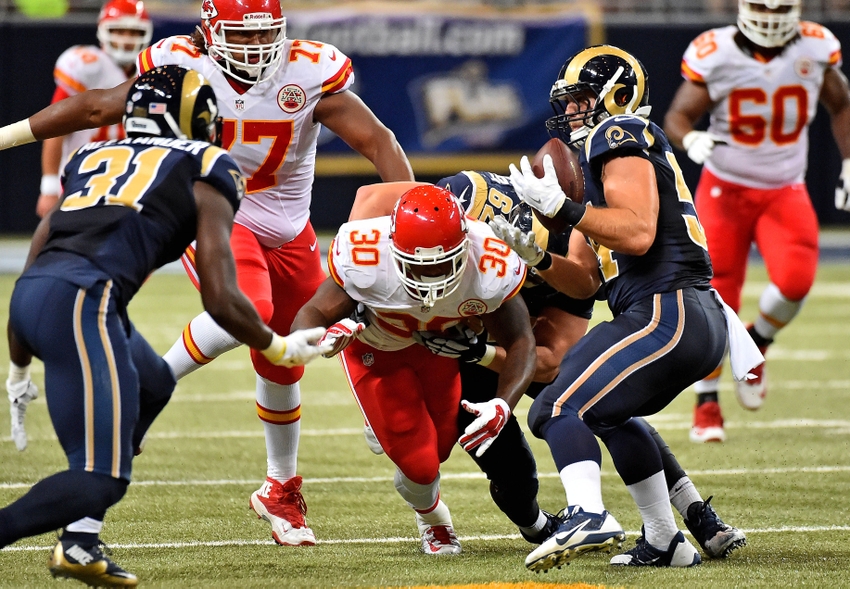 Here is today’s released depth chart via Joe Curley, immediately you should notice some new faces or some improved slots on the chart.

Takeaway time! One thing that has to jump out at you is the fact that Louis Trinca-Pasat, a former 2015 NFL preseason standout is penciled in as one of the defensive line starters. Ethan Westbrooks is also penciled in as one of the starters, but the other big thing is the absence of Aaron Donald who is not even listed on the depth chart heading into Saturday’s tilt versus the Cowboys.

Some more takeaways include players such as OLB Cassanova McKinzy, SS Isaiah Johnson and ILB Bryce Hager being next men up ahead of higher drafted players OLB Samson Ebukam, SS John Johnson and ILB Josh Forrest.

This once again proves that the love for emerging RB Malcolm Brown was real as he has jumped Lance Dunbar for the backup running back behind Todd Gurley who is likely primed to receive plenty of carries to give Gurley a rest.

Who’s too low on the depth chart?

WR Nelson Spruce: This isn’t the absolute most accurate thing in the world, but it is a little surprising Spruce appears this low on the depth chart. Spruce will likely change that this August when he is given the opportunity to play in the preseason.

CB Kevin Peterson: Unsure why Peterson is behind Aarion Penton and Dominique Hatfield. Peterson is more experienced, has been making plays in camp and has the tools to play on the inside or outside. Perhaps Peterson can make a statement in preseason, but even though this isn’t official, it’s not a good look to be the last one listed.

CB/FS Blake Countess: Overall, Countess had some solid contributions last year for the Rams after being thrown into the fire. Countess is more equipped to play nickel corner. Unfortunately, while Countess is too low, it’s justifiable with the addition of Nickell Robey-Coleman. Once NRC was signed it seemed like it was the end of Countess in a Rams uniform. Stranger things have happened though.

What surprised you, angered you or got you excited the most on this depth chart? Let us know!