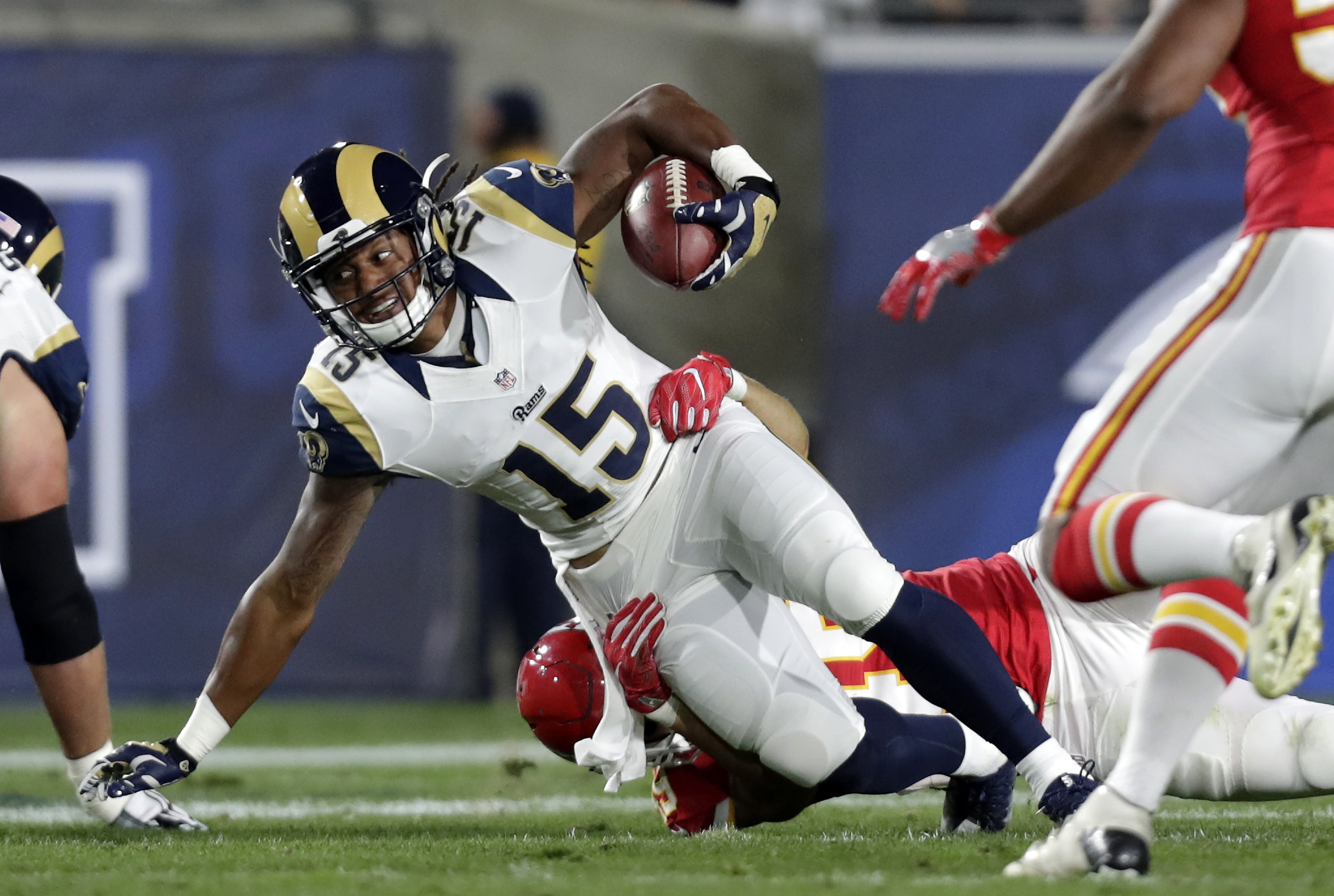 Today, Mike Thomas passed a physical, allowing him to join the team in training camp. In a corresponding move Bradley Marquez was waived with an injury designation. Provided he clears waivers, Marquez will likely be added to IR after suffering a knee injury that has kept him out of practice for several days.

The Rams really aren’t gaining or losing much as far as receiving production is concerned, as both Marquez and Thomas have been disappointments as pass catchers over the course of their short careers. Marquez has caught 16 passes for 125 yards over the past two seasons. Thomas’s failures are well known, given that he dropped a 45-yard pass against the Seahawks last year, which might have resulted in a touchdown. That was of course, after he fumbled a kickoff to start the same game.

The big news here is that the Rams are still sold on Thomas’s ability to stretch the field vertically. So much so, that they are willing to overlook his upcoming four game suspension. While it is no surprise that McVay would like more vertical threats to be present, especially with the prevalence of slot receivers on the current roster, missing a quarter of the season for that potential is a tough pill to swallow. Mike Thomas is now the only uninjured receiver who is capable of taking the top off a defense like he did against the Seahawks, so hopefully that will help the install of an offense that has been relying on short and intermediate routes in his absence.

However, without Marquez’s special teams heroics, it will be up to the young defensive backs and receivers to step up for an opportunity to make the 53-man roster. Thankfully, while he left a lot to be desired as a kickoff returner, Mike Thomas was excellent in coverage last season, and having him back should prove to be a boon for that unit. Missing a special teams leader like Marquez will make it even more important for the Rams to hold onto a leader like Cory Harkey, whose role as a fullback/tight-end hybrid is endangered by rookie fullback, and sixth round pick out of Virginia Tech, Sam Rogers.

The Rams have made several moves in the past week at wide receiver due to mounting injuries. It is refreshing that one of the more promising players from off-season activities is now ready to participate in training camp after recovering from injury. Hopefully Mike Thomas will be able to appeal his suspension and get it reduced to two games. Otherwise we will spend a quarter of the regular season missing both an important depth piece on offense, and a special teams contributor.