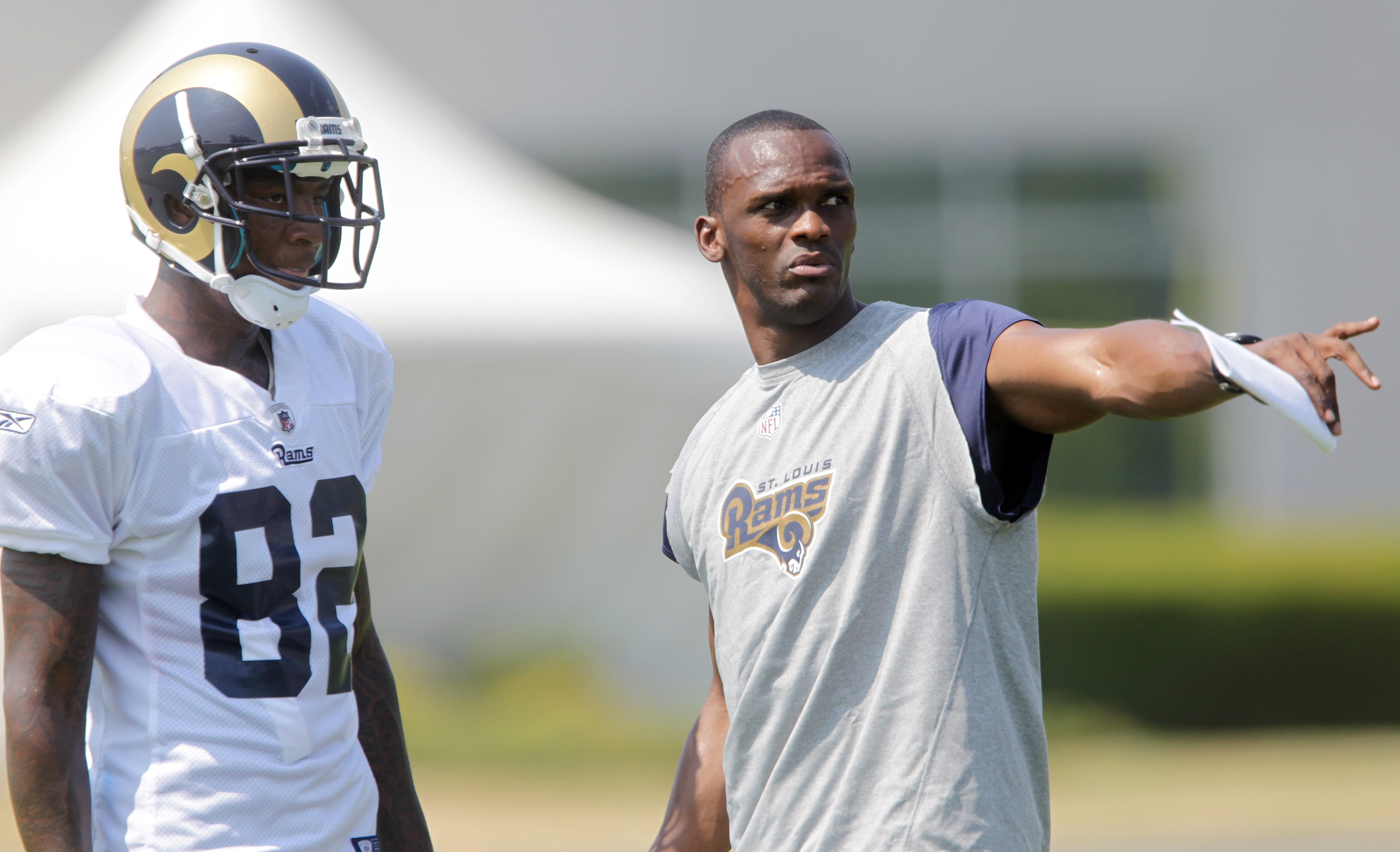 Kurt Warner has officially been enshrined in the Hall of Fame as well as the rest of his 2017 Hall of Fame class, but now that leaves us to ponder who gets in next?

ESPN decided to do a ranking of the top 10 players they feel belonged in the Hall of Fame already. Rams legendary WR Isaac Bruce was named as the ninth out of 10 total players. In the article ESPN had this to say about Bruce:

“The argument for: When he retired in 2009, Bruce ranked as one of the most proficient receivers in NFL history. He ranked second in yards (15,208), fifth in catches (1024) and eighth in touchdowns (91). And he did it despite sharing the stage for nine seasons with teammate Torry Holt, another credible Hall candidate.

The holdup: As we’ve noted, it can take some time for receivers to get to the front of the line. And the Holt factor could work both ways. It’s true they had to share the ball. But they also spread out defenses and minimized double coverage against each other.

The outlook: He was a finalist for the first time this year, suggesting progress along the path. He’ll get there.”

If it wasn’t obvious already, ESPN basically came out and said Bruce should be in, but he will get in eventually. Among the players listed in front of Bruce were: DE L.C. Greenwood, former NFL commissioner Paul Tagliabue, executive George Young, OL Alan Faneca, HC Don Coryell, G Jerry Kramer, S John Lynch and Terrell Owens. Finishing behind Bruce as the last one on the list was C Kevin Mawae.

That is elite company and you could make the argument Bruce is way too low. Regardless of the Hall of Fame voters opinions, it’s wrong to keep out Bruce this long. Actually, it’s wrong to keep out wide receivers for so long. It’s quite amazing that legendary WR and at the time all-time leader in receiving yards Art Monk took years later just to get in the hall. Quite sad honestly, you can make the argument the receivers may help each other out in the sense Torry Holt helped get Bruce open or vice versa. However, you cannot say that Holt helped Bruce get to 15,208 yards, you cannot say Kurt Warner was the only reason Bruce succeeded since he did it before Warner and after him with Marc Bulger. Overall, the Hall of Fame, as prestigious as it may be has left a blemish on it’s name by seemingly creating a reputation that it doesn’t appreciate wide receivers.

Rams offense primed to shock everyone this season