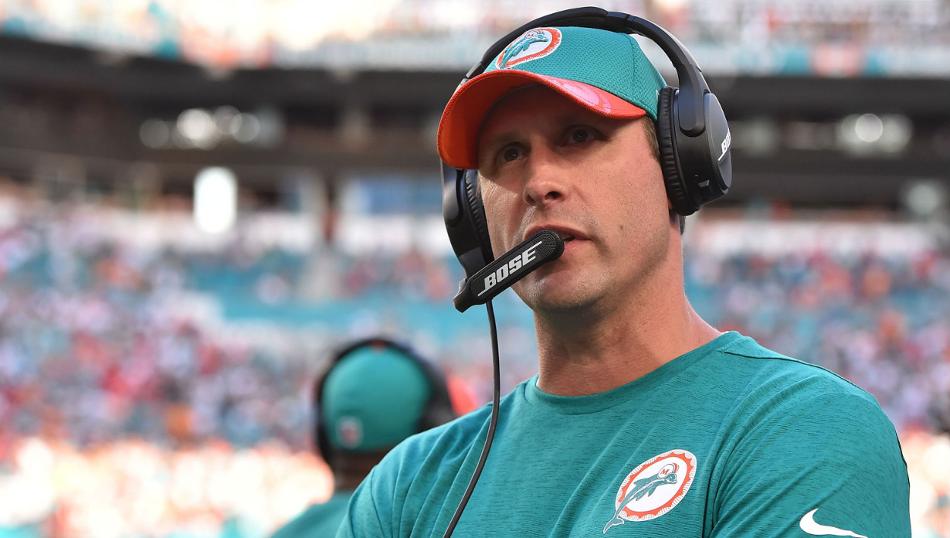 Late last week the Miami Dolphins experienced quite the scare when quarterback Ryan Tannehill went down with a non-contact knee injury. With no quarterback aside from Matt Moore left on the roster, the team is looking desperately for someone to save their season.

Hot names have been the obvious ones such as Colin Kaepernick and Jay Cutler as Cutler has experience in Gase’s system. However, one name that may make sense for the Dolphins is Jared Goff.

Why it Makes Sense

2017 was arguably a make or break year for Tannehill. The Dolphins haven’t been sold on their quarterback and for good reason. The quarterback has averaged just a 54.7 QBR. Considering the rating system goes up to 100, that isn’t necessarily good.

Tannehill is stuck with the Dolphins through 2017 and is under contract through 2020, however, the team can get out of it pretty easily by releasing him after the season and saving $15.2-million.

With Adam Gase the head coach and having no connection with Tannehill other than having to work with him last year, Gase wanting to get his own guy makes sense.

Now, Gase doesn’t have a connection to Goff, but getting a young quarterback that thrived in a system similar to what Gase runs would make sense. With Tannehill or even a guy like Kaepernick or Cutler, the Dolphins aren’t going to be in position to draft a top quarterback. They would need to decide if it’s worth trusting Tannehill especially coming off of an injury.

It would also make sense for the Rams to move on from Goff as the quarterback doesn’t have any connections with the new coaching staff and didnt necessarily impress in his rookie season. If he goes out and does the same in 2017 and the team ends up with a top five pick, they may move on from him anyway.

The team would be able to go after one of the big three quarterbacks such as Josh Rosen, Sam Darnold, or Josh Allen. All of which could be better than Goff.

Also, set to hit the free agent market are Kirk Cousins and Teddy Bridgewater. Cousins would obviously be the more expensive and legitimate option while Bridgewater could easily be had on a prove it type deal. Without Goff backing up $16-millon in cap space, either of these quarterbacks could be had.

What Would it Cost?

This all depends on how high the Dolphins are on Goff. If they think he can be good and was worth the number one overall selection, a first round pick is possible.

That would also be the only return the Rams should take for Goff. The team gave up several first round picks to get him. If they are to move on from him, they would certainly need one in return.

If the Dolphins were to offer a third or fourth round  pick in return, at that point it just isn’t worth it and the Rams are better off just rolling the dice.

As of right now? Not very. However, a lot can change really fast. According to reports, Cutler is the favorite, but he would need to decide if he wants to come out of retirement.

If he doesn’t want to leave retirement, with Kaepernick the only option left on the market, it may be worth Les Snead giving Miami a call.