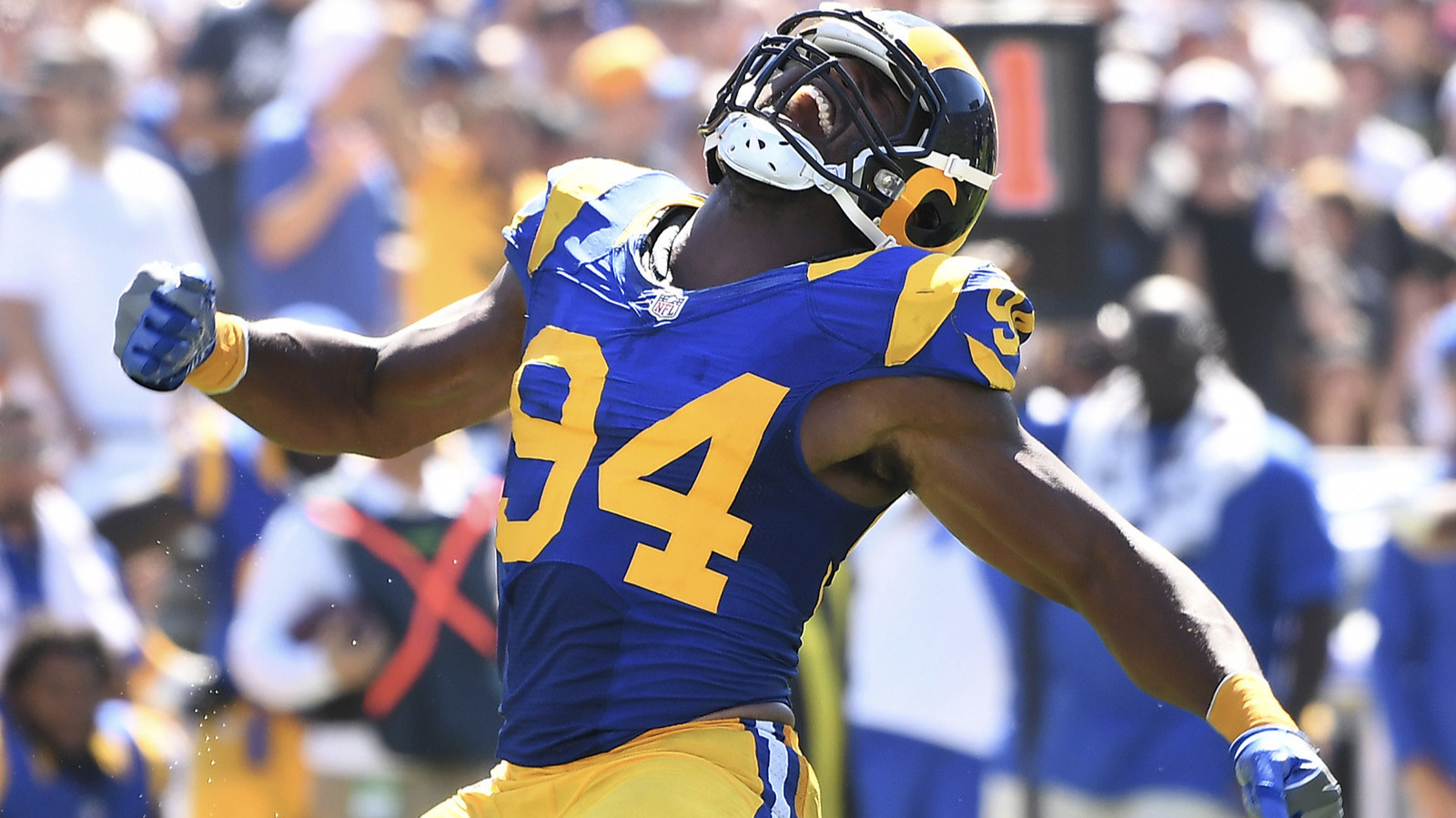 The Los Angeles Rams have been known for their pass rush over the past five seasons. When a guy like Robert Quinn is on the team, that is understandable. NFL.com’s Gregg Rosenthal ranked the top six NFL pass rushing duos and coming in at number six was Quinn and Aaron Donald.

Here’s what Rosenthal had to say:

“Donald followed up a Rookie of the Year award with back-to-back seasons ranked as PFF’s top defensive player. On this list of tough guys, Donald wins my vote as the strongest. He also ends more plays with immediate pressure from his quick first step than anyone else in the league, plays that usually don’t end up in the box score. Now, Donald, who is currently holding out for a new contract, will get to join forces with one of the greatest coordinators in league history in Wade Phillips.Donald’s contract should get settled in time for the season, like most holdouts do. When he returns, it will be a lot harder to constantly double-team Donald if Quinn can stay on the field.”Don’t worry. [Quinn’s] already coming,” Phillips told me this June. “He looks good. He’s tremendously quick off the ball.”Quinn was perhaps the best pure pass rusher in football in 2013 and my choice for Defensive Player of the Year that season. He has struggled to stay healthy since, the only reason why the Donald-Quinn duo ranks this low. Judged on peak potential, they rank ahead of any tandem on this list except Clowney-Watt.”

Rosenthal has a lot of praise on the Rams’ pass rushing duo despite having them last on this list. He has them ranked low for good reason however. The fact of the matter is, Quinn has been a shell of himself over the past three seasons. If the now outside linebacker can get back to his 2013 form, or close to it, offenses will have a lot to think about on every play.

The Rams are arguably the best healthy, but potential and reality dont go hand in hand. Quinn and Donald will need to prove it on the field and will have a good chance to do so in Wade Phillips’ defense.